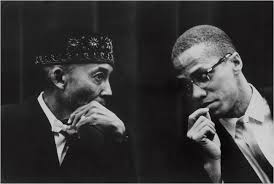 1 Malcolm X– The iconic civil rights leader and black militant was assassinated on the orders of his mentor and Nation of Islam leader Elijah Muhammad (and possibly the government) on February 21, 1965 as he was about to make a speech in New York City’s Audubon Ballroom. He was felled with a shotgun blast to the chest and several rounds of automatic gunfire as he lied helpless on stage and commotion erupted around him. Three hit men (Thomas Hagen, Thomas Johnson and Norman Butler) from the Nation were charged and convicted of the murder 13 months later. In the years that led up to his slaying, Malcom X had aligned himself against Muhammad and the Nation, basically a de-facto wing of the country’s black mafia, and began openly opposing its practices, as he converted to Sunni Muslim and traveled the world preaching his new gospel. Muhammad’s right-hand man, John Ali, eventually revealed to be an undercover FBI agent, was seen meeting with Malcom X’s assassins on multiple occasions in the 48 hours preceding the killing.

2 The Hanafi Murders – An internal split within the Nation of Islam broke into extreme violence on January 18, 1973 with the mass murder of seven people at NBA Hall of Famer, Kareem Abdul-Jabbar’s house in Washington D.C. (Abdul-Jabbar wasn’t present). Abdul-Jabbar’s Islam teacher and Elijah Muhammad rival, Hamaas Abdul Khaalis, was staying at the residence, but avoided the attack, which claimed the lives of two of Khaalis’ “Hanafi Muslim” followers and five of their children. Both adults and one child were shot in the back of the head execution style and the four others were drowned to death. The Nation is alleged to have contracted the job out to the Philadelphia Black Mafia. One of the reputed assailants, James (Bubbles) Price was tortured and killed in prison in 1974 for the mistaken belief that he was cooperating with the government.