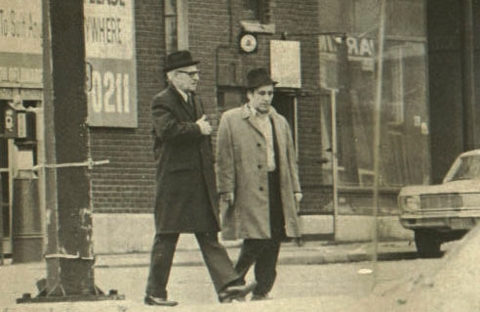 1 John Cammilieri – The longtime “labor union capo,” in the Buffalo mafia, Cammilleri was gunned down in front of his restaurant headquarters, Roselands, on May 8, 1974, after falling out with Western New York mafia underboss Joe Fino, a former close friend, over activity in Local 210 (LIUNA), where Fino’s son was president. Cammilleri attended a sit down at a cigar shop in the early-evening of the night he was killed, getting into a verbal altercation with Buffalo mob bosses Sam Pieri, Salvatore (Sam the Farmer) Frangiamore and Joseph (Joe the Wolf) Di Carlo, before leaving to pay his respects at the wake of a fellow Mafiosi and then heading over to Roselands to celebrate his 63rd birthday with his girlfriend and members of his crew. While crossing the street from the parking lot to the eatery, a Buick came screeching to a halt in front of him and a man, identified by police as hit man Jimmy Sicurella, ran out, yelled, ‘This one’s for you Johnny,” and unloaded a clip into the defenseless Cammilleri in front of a crowd of shocked onlookers, killing him instantly. Sicurella received his button for the “piece of work” and died in April 2014, having never been indicted on the Cammilieri hit, nor any of the other near-dozen he was a suspect in