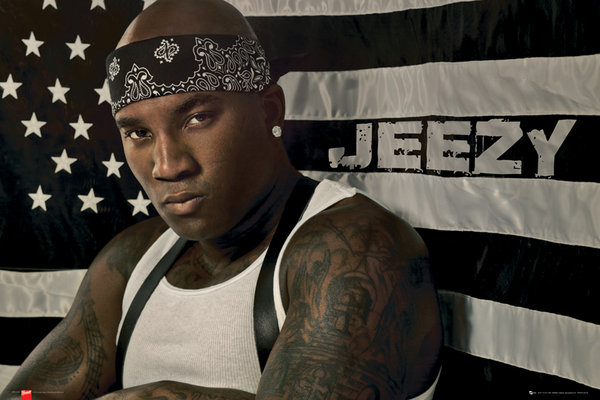 According to testimony at a federal narcotics trial, rap music superstar Young Jeezy (real name Jay Jenkins) bought four kilos of cocaine from the high-powered Black Mafia Family in a 2004 purchase that took place in Atlanta and presumably was for subsequent sale himself, not personal use. The Black Mafia Family, known simply as “BMF,” was the most prolific urban drug-dealing organization of all-time and reined atop the American underworld in the late 1990s and early 2000s. The crime syndicate which boasted franchises in multiple cities around the country was started in Detroit by New Millennium kingpin Demetrius (Big Meech) Flenory and his younger brother Terry (Southwest T) Flenory. Besides Michigan, BMF’s main hubs were in California and Georgia.

Big Meech Flenory specifically has gone on to attain legendary status in the annals of criminal masterminds and is a pop-culture icon in the African-American community despite being locked up in a prison cell the last decade. This fall is the 10-year anniversary of the downfall of Flenory and his lofty BMF empire. A massive October 2005 federal indictment, the first in a long slate of cases brought to BMF’s doorstep and resulting in the conviction of over 150 gang members and associates, spelled the end for Big Meech and his lesser-known baby bro. They both pled guilty two years later on the eve of trial and were given 30-year prison sentences.

Young Jeezy, 37, is from Atlanta and since the mid-2000s has been one of the world’s top hip-hop acts, the embodiment of modern-day southern rap culture. He’s never hid his close relationship to BMF, long affiliating himself with the Flenory brothers socially and in business, making cameo appearances in a series of promotional videos for BMF in its late attempt to sustain a veil of legitimacy by masquerading as a music label. In the end though, the BMF music label proved nothing more than a front for their industrial-scale narcotics trafficking: the label only produced a single artist Bleu DaVinci (real name Barima McKnight), who never found success, however did find himself in prison for four years related to drug-pushing activity under the BMF banner.

As it became more and more evident that Bleu DaVinci wasn’t going to break through to the mainstream as a rapper, the Flenorys refocused their attention towards Young Jeezy, already inked to Sean (Puffy) Combs’ Bad Boy label, but someone they had known well before he was signed by Combs and were alleged to possibly have a “hidden interest” in. Per federal informants, Combs received aid in getting his Bad Boy Records off the ground in the early 1990s with seed capital from BMF. When Young Jeezy put out his first solo album in July 2005, Big Meech and Southwest T threw him a lavish release party at a glitzy Atlanta nightclub.

Dropping a bombshell from the witness stand to a stunned courtroom in 2008, former BMF foot soldier Ralphie Simms testified that he sold four bricks of cocaine to Young Jeezy in a transaction that he was instructed to make by BMF’s second-in-charge Chad (J-Bo) Brown and Brown’s lieutenant, Marlon (Tito) Byrth. The purchase took place at an infamous syndicate stash house known as “Space Mountain” located in a posh suburban Atlanta neighborhood in the summer of 2004. Simms, a lower-level organization employee who worked for Terry Flenory in the Los Angeles area and functioned as a brick loader and unloader at BMF product storage facilities, was testifying at the drug, racketeering and murder trial of Fleming (ILL) Daniels, the Flenorys’ third-in-command, when he made the revelation.

A native New Yorker, ILL Daniels, reputed to be BMF’s original “in” with the Puffy Combs camp back in the 1990s, was convicted and slapped with a 20-year prison sentence. He shot and killed Rashannibal (Prince) Drummond outside an Atlanta hot spot following Drummond striking Daniels’ Porsche in anger for Daniels almost backing the vehicle into him. The jury found him guilty of drug peddling, racketeering and manslaughter. J-Bo Brown and Tito Byrth went on to be convicted (in a separate case) too.

Despite his rap lyrics being filled with first-hand references to the drug game, Young Jeezy’s criminal past is tame. He’s got a minor narcotics conviction as a teen and has been charged with assault and gun possession (twice.) Both times he was charged with illegal firearm offenses, the charges were tossed prior to ever reaching a courtroom. His arrest for assault came last year after a verbal spat between him and his teenage son turned physical.

Young Jeezy is reportedly worth an estimated 17 million dollars. He’s been nominated for four Grammy Awards and is credited with pioneering the Southern Rap subgenre “Trap Music.” In the aftermath of Big Meech and Southwest T heading behind bars – they won’t be eligible for release for another 17 years – there was a falling out between them and Young Jeezy and as of today they are no longer in communication with him. Big Meech and Southwest T stopped speaking in the years leading up to their indictment.