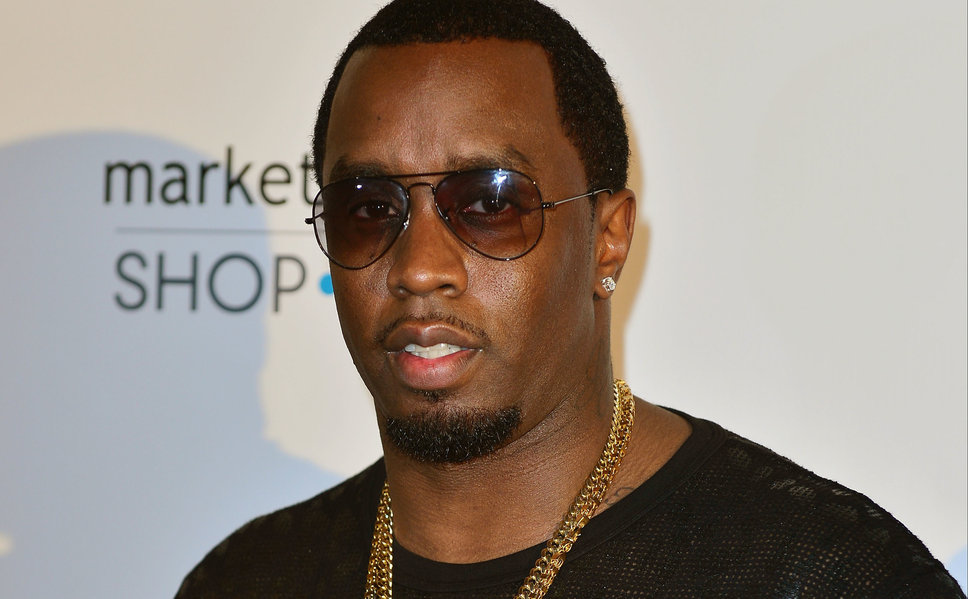 More than one internal U.S. Department of Justice memo quotes FBI and DEA informants as saying that hip-hop mogul Sean (Puffy) Combs’ iconic Bad Boys record label was started in the early 1990s with seed money provided by the infamous Black Mafia Family. This year is the 10-year anniversary of the landmark Black Mafia Family case, a colossal indictment that first landed in the fall of 2005 (a deluge of superseding and branch-off indictments would soon follow ) and broke up the biggest urban narcotics conspiracy in American history.

The so-called BMF organization was a bi-coastal drug cartel founded in Detroit around 1990 by the ambitious and savvy Flenory brothers – Demetrius (Big Meech) Flenory and Terry (Southwest T) Flenory -, soon growing to epic heights of power, respect and opulent wealth, with outposts and loyal lieutenants spread across the entire country. Including New York City, where Puffy was based out of and which was also the home of Fleming (ILL) Daniels, one of the Flenory’s most-trusted soldiers and a top-level BMF administrator.

Puffy Combs (aka Puff Daddy, aka P-Diddy) created Bad Boy Records, the No. 1 rap and R&B music label of the late 1990s, in 1993, fresh on the heels of being ousted from his job as Uptown Records CEO Andre Harrell’s second-in-charge, securing a distribution deal through Arista Entertainment and allegedly, according to several informants, a load of start-up cash provided by Big Meech and Southwest T Flenory. The money was delivered to Combs in New York via Fleming and other east coast BMF associates acting as intermediaries, by way of multiple shipments, per DEA informant files. Rumors of these transactions were originally reported in 1998 in a feature piece in Vanity Fair Magazine exploring where Combs received his financing for his ever-growing portfolio of high-profile business endeavors.

From a review of court records and a series of first-hand interviews, it’s clear that Puffy’s connections to the BMF empire were far from limited. Combs’ first cousin is convicted BMF soldier, Darryl (Poppa) Taylor, more than one of Puffy’s bodyguards in the past two decades have had significant ties to the BMF gang and Combs’ name was bandied about frequently in court filings related to the BMF case.

Paul (P.J.) Buford, Combs’ head of security in the early-to-mid 2000s, was busted in the BMF indictment and became a fugitive for over three years until his capture in Nebraska in 2009. Poppa Taylor, one of BMF’s primary drug couriers, shuttling bricks of cocaine from Detroit to Chicago, St. Louis, Memphis, New York and Georgia, wound up cooperating with the government and was handed a seven-year prison sentence.

Big Meech aspired to eventually transition out of the drug game and into the music game, turning his BMF brand into a legitimate rap label and himself into a southern hip-hop impresario version of P-Diddy from his base of operations in Atlanta. Puffy threw BMF a label-launch party at his upscale Justin’s eatery in June 2003 (Combs has two locations, one in NYC and the other in the ATL, where the party was held), a soiree attended by Big Meech, Southwest T and a cadre of high-ranking BMF brass along with hip-hop industry luminaries, actors, high-end groupies and the media .

Things soured between Big Meech and Puffy Combs in the months after the party when, per DEA documents, Big Meech is alleged to have began trying to extort him and then in November 2003 killed his childhood friend and bodyguard Anthony (Wolf) Jones and Jones’ buddy, Lamont (Riz) Girdy, in a gun fight that occurred in the parking lot of the Atlanta nightclub Chaos. Moments earlier inside the club, Jones and Girdy scuffled with Big Meech and Big Meech’s bodyguard, Ameen (Baby Bull) Hight, in front of hundreds of onlookers. Big Meech and Hight were both shot themselves in the incident and arrested on murder charge

s but the case would be dropped before it ever went to trial.

From his early days growing up with Combs in Mount Vernon, New York, Wolf Jones sported a reputation for ferocity and fearlessness. Puffy had him by his side as his head of security through the peak of his fame in the late 90s and early 2000s as the face of hip hop music, a self-crafted pop-culture pioneer that ushered in the still-ongoing era of hip-hop and rap topping the mainstream charts. Back in 1999, Jones was arrested with Combs, Jennifer Lopez, his actress-singer girlfriend at the time, and Shyne (aka Jamal Barrow), his protégé at the time, in the famous Club New York shooting.

In 1995, police believe Jones shot and killed Jamaal (Jake the Violator) Robles, a bodyguard and close friend of Marion (Suge) Knight, Combs’ rival music mogul and the chief of Death Row Records in Los Angeles, outside Atlanta’s Platinum House lounge after a verbal altercation. It’s a homicide most experts point to as a watershed event in the much-hyped, however oh-so-real East Coast-West Coast rap war that lasted the rest of the decade: the moment when the first of more than a dozen of bodies hit the ground and tensions began escalating to the point of no return – rap legends Tupac Shakur and Notorious B.I.G. were each slain in the years to come.

The entire conflict can be traced to the armed robbery and attempted murder of Shakur at New York’s Quad Studio in 1994, an attack Shakur came to believe Combs and Notorious B.I.G., (Combs’ discovery and the lynchpin to his Bad Boy kingdom), either ordered, helped set up or knew about before hand and failed to warn him of. One of the prime suspects in both the recording-studio ambush – Shakur was in an elevator on his way to see Notorious B.I.G. at a recording session when he was robbed and shot – and Shakur’s slayings in Las Vegas in 1996 was Walter (King Tut) Johnson, Combs’ then-bodyguard, head of security and a former New York stick-up kid tied to ILL Daniels and the early-era BMF east coast faction.

Johnson came from a gangster element prevalent in the east coast hip hop scene in the 1990s headed by Jacques (Haitian Jack) Agnant and James (Jimmy Henchman) Rosemond. He’s currently serving a life prison term on an unrelated conviction. Agnant and Rosemond were suspected of arranging the 1994 robbery and shooting of Shakur at Quad Studio. At the time of the Quad Studio attack on Shakur, he and Agnant were involved in a rape case together, charged with sexually assaulting a girl in a hotel room. Both accused the other of informing for the government.

The vocal, intelligent and charismatic Shakur was found guilty the day following being jumped at Quad Studio and almost killed. He’d go on to serve close to two years behind bars. Upon his release, Shakur, a native east coaster who spent the end of his teenage years in California, signed with Suge Knight’s L.A.-based Death Row Records, immediately becoming the face of west coast rap and stoking the flames of discontent whenever he could. With Knight and his Death Row label backed by the Bloods street gang, Combs aligned with the Crips (the Bloods & Crips are the two biggest street gangs on the west coast).

Agnant was deported back to Haiti. Rosemond went on to start hip-hop label Czar Entertainment in the 2000s (managing acts like The Game, Gucci Mane and Sean Kingston) before being imprisoned for life for racketeering, drug dealing and murder – Rosemond feuded with 50 Cent’s G-Unit crew, paying a pair of his enforcers to kill G-Unit affiliate Lowell (Lodi Mack) Fletcher in retaliation for G-Unit rap group member Tony Yayo assaulting Rosemond’s 14-year old son. Jimmy Henchman, Haitian Jack and King Tut all get name-checked in Shakur’s song “Against All Odds,” the opening track of his final album, Makaveli – Don Killuminati: The Seven-Day Theory.

The Flenory brothers pled guilty to racketeering, narcotics trafficking, tax evasion and money laundering in 2007 and got hit with 30-year prison terms. The feds convicted 150 BMF members or associates in a series of cases dotting different regions of the country. The Flenorys were indicted in Michigan.

ILL Daniels, the Flenorys’ hot-tempered No. 3 man in their organization, was smacked with a 20-year sentence for his BMF activities and his killing of Rashannibal (Prince) Drummond in a parking-lot dispute that broke out outside the Velvet Room nightclub in Atlanta in 2004 when Drummond struck Daniels’ car with his fist after Daniels almost backed into him. Daniels was sometimes called “Pesci” by his fellow BMF rank-and-file due to his similar erratic behavior to that of characters portrayed by Oscar-winning actor Joe Pesci’s in his two immortal gangster movie roles in Goodfellas and Casino. Reports during ILL’s 2008 trial alleged NFL cornerback Adam (Pac-Man) Jones was footing the bill for his legal fees.

Combs is worth approximately 750 million dollars and today still oversees his less-hip Bad Boy label as well as a number of other business ventures, most notably his Sean John clothing brand, a widely-successful fashion line focusing on urban couture and a 50-percent stake in the popular Ciroc Vodka. During the investigation into Shakur’s death, Combs’ name surfaced, as did that of Notorious B.I.G. (real name Christopher Wallace). As of 2015, Combs’ former nemesis, Suge Knight, a suspect in ordering both Shakur’s and Notorious B.I.G’s murders in 1996 and 1997 respectively, is in jail facing murder charges.