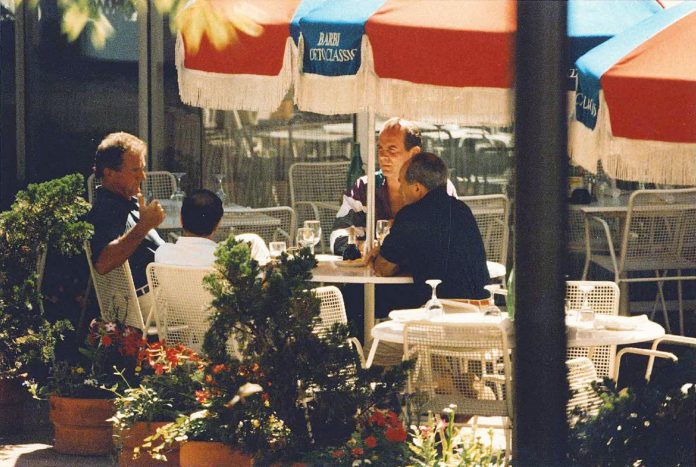 The swashbuckling, revenge-thirsty Cadillac Frank Salemme led the mob in New England during the early to mid 1990s, leaving a litany of bodies in his wake. He was in the Witness Protection Program for a decade and a half before being charged and then found guilty in the May 1993 gangland slaying of his former business partner, Boston nightclub owner, Stevie DiSarrro.

In 2019, the 88-year old Salemme was sentenced to life in federal prison. He had not been a don for more than two decades and some things about his rise and his reign in the Patriarca clan remain a mystery. Such as where and when he was “made” into La Cosa Nostra.

FBI informant Stevie (The Rifleman) Flemmi, a powerful and dangerous underworld figure in Boston from the 1970s until his arrest in 1995, told the government that Salemme was made into the mafia at a ceremony in Boston’s North End in 1980 during a weekend furlough from state prison. Upon Salemme flipping and becoming a witness for the government, he told authorities, as well as a U.S. Congressional Committee, that he joined the Patriacra crime family in July 1987 in a ceremony in Providence, four months following his release from prison on an attempted murder conviction tied to a 1968 car bombing attack aimed at intimidating a dirty lawyer suspected to be considering cooperating with the FBI. The attorney had his leg blown off in the attack and Salemme spent the next four years on the run from the law, hiding out in New York, Montreal, Florida, Chicago and Califo

Cadillac Frank was a natural mafia politician and made an alliance with Flemmi and his partner, South Boston’s iconic Irish mob chief James (Whitey) Bulger and their Winter Hill Gang when he took power in the Patriarca crime family in the face of intense resistance from the family’s North End and East Boston factions. Salemme survived a June 1989 assassination attempt at a Saugus, Massachusetts’ International House of Pancakes. Flemmi testified against Cadillac Frank at his trial for the Stevie DiSarro murder, telling jurors he accidentally walked in on Salemme, his son, his brother and another mob associate, in the process of killing DiSarro by strangulation inside Salemme’s kitchen at his suburban Boston residence.

Salemme was indicted alongside Bulger and Flemmi in January 1995 in a giant federal racketeering case. After he learned that Bulger and Flemmi had been feeding the government information on him since the 1970s, Cadillac Frank turned his back on the mob and entered the Witness Protection Program. In their younger days, Salemme and Flemmi were partners in crime and mentored by Boston mob capo Larry Zannino.

According to Flemmi’s assertion regarding Cadillac Frank’s making ritual, Zannino and then New England mafia underboss Jerry Angiulo performed the ceremony in the North End’s “Dog House” mob headquarters on Prince Street. Per Salemme’s own account, Raymond (Ray Rubber Lips) Patriarca, Jr. and Nicky Bianco “made” him in a ceremony that took place in Rhode Island in the summer of 1987. Bianco getting sent to prison resulted in Salemme being given the okay from the Five Families in New York to assume the throne in New England.

Bianco was known for his mediation skills and connections to other crime families around the country. Before being locked up for the car bombing he orchestrated, Salemme was a go-to hit man for the New England mafia’s most legendary figure and crime family namesake Raymond Patriarca, but word on the street was that the elder Patriarca deferred from inducting Cadillac Frank into his organization due to him being half Irish. Both Bianco and the Patriarcas represented the Providence wing of the crime family.

Patriarca died of a sudden heart attack in 1984, passing the reins to his son Ray, Jr. and laying the groundwork for the instability that came when Cadillac Frank Salemme walked free from state prison less than three years later. Patriarca, Jr. was forced from power in 1989 by the North End and “Eastie” Boston factions that opposed Salemme’s ascent. During Salemme’s reign atop the New England underworld, he took aim at those who had attempted to thwart his rise to Godfather and according to sources, ordered the murders of at least a half-dozen of them, all of which he neglected to inform the FBI of in his cooperation agreement.