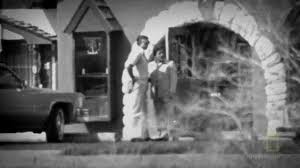 November 25, 2021 — Famous Chicago mob associate Frank (Lefty) Rosenthal tried to take a murder contract out on his childhood friend, feared Las Vegas mafia chieftain Tony (The Ant) Spilotro, before their bosses in the Outfit beat him to it and the hit man he tried to hire was killed himself. According to FBI records, in the early 1980s, Rosenthal, who was feuding with Spilotro over Outfit business affairs in Vegas and the fact that Spilotro was having a romantic affair with Rosenthal’s wife, Geri, sought out Cocaine Cowboy and CIA asset, Richard (Monkey) Morales, to have Tony the Ant blown up in a fire-bomb explosion on a visit to Miami.

Spilotro was known to spend time on one particular boat when he visited the area in the winter. Rosenthal had previously lived in Florida and maintained ties in the area’s underworld.

Monkey Morales was an explosives expert trained in Cuba. He and Rosenthal met each other in Miami in the 1960s when Rosenthal and his benefactors back in the Windy City hired Morales to car bomb rival bookmakers, per federal documents. Rosenthal fled South Florida for the glitzy Vegas Strip in the wake of a federal investigation into the string of bombings focusing on Rosenthal and other Outfit affiliates living in Dade County.

Rosenthal and Spilotro were put in charge of the Chicago mob’s interests in the Las Vegas gaming industry. Outfit bosses tapped Rosenthal, one of the most legendary handicappers in the American gambling world of the mid to late 20th Century, as their “inside man” and Tony the Ant, pint-sized, but formidable mafia assassin, as the strongman to oversee the whole operation from the streets outside the four casinos controlled on the Strip.

The entire ordeal came to a crashing halt in the final months of 1982.

On October 4, Rosenthal survived a car bombing in the parking lot of a Las Vegas restaurant. The following month, on November 9, Geri Rosenthal was found dead of a drug overdose in a Los Angeles motel room.

In the days before Christmas, Monkey Morales, 44, met his fate and died in a bar fight in Miami on December 21, shot to death outside Rogers On The Green. Morales’ family believes the seemingly random altercation was in actuality a hit and Morales’ brother admitted on his deathbed to executing the owner of Rogers On The Green two years later in an act of vengeance.

Spilotro lasted another four years until he was heinously slain in the basement of a private residence in Chicago, beaten, stomped and strangled to death along with his little brother, Mickey, for his insubordinate behavior. Oscar-winning actors Joe Pesci and Robert DeNiro, played Spilotro and Rosenthal, respectively, in the 1995 film Casino. Sharon Stone was nominated for a Best Supporting Actress for her portrayal of Rosenthal’s wife.

After Rosenthal died of natural causes in 2008 at age 79, it was revealed that he was a longtime confidential informant for the FBI. The character based on him in Casino was renamed Sam (Ace) Rothstein.

Morales cut ties with the CIA and became a wholesale cocaine trafficker in the final years of his life. Richard Morales, Jr. recently told reporters his father admitted to him that he was sent to Dallas by the CIA in the days before U.S. President John F. Kennedy was assassinated on the afternoon of November 22, 1963 as part of a “clean up crew.” Morales informed his son that he knew Lee Harvey Oswald from his days training Oswald at a CIA sniper school.