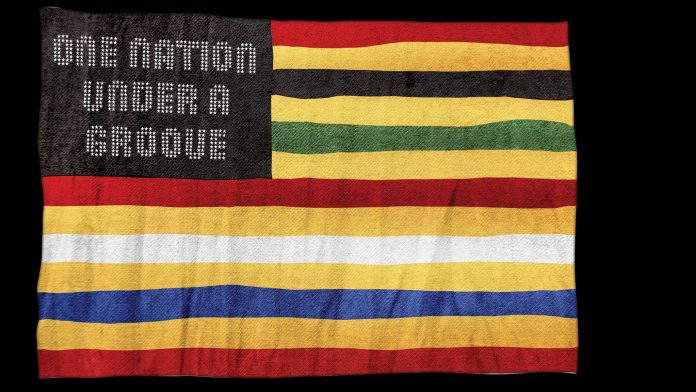 November 30, 2021 — Fallout from a federal investigation into Payola in the radio industry and a music festival dubbed the Black Woodstock in the late 1970s resulted in five murders tied to the New York mafia’s Genovese crime family, per FBI and DEA records. Two of those murdered were famous Washington D.C. disc jockeys and another was an infamous mob associate and record executive. The main cause of all the ruckus was the Brute Music Festival: One Nation Under A Groove, held in the days surrounding the 1977 July 4 holiday at the Take It Easy Ranch property in Calloway, Maryland.

The face of the festival was its founder and promoter, Norris (Brute) Little. Behind east coast R&B music impresario Little though was a cadre of mob figures, drug bosses and underworld-connected D.C. radio-station hustlers.

Little had been staging his festival for the previous decade, but at a much smaller scale. For 1977, Little wanted to go big and brought in investors, including high-ranking Genovese crime family affiliate Morris Levy and his henchman Nathan (Big Nate) McCalla, also a music industry executive, D.C. heroin kingpin Linwood (The Grey Ghost) Gray and popular, smooth-talking disc jockey, Bob (Nighthawk) Terry. Plans for the event immediately tripled in size. Disco Queen crooner Johnnie Taylor and Best-selling R&B groups, The Commodores, The Brothers Johnson and Kool & The Gang, were booked to headline the show.

“Mo” Levy was a staple of the recording industry for three decades and the owner of Roulette Records. He was notorious in the music business for mistreating his artists and stealing their publishing rights. He owned the Strawberries chain of record stores and a number of nightclubs and performance venues around New York City.

Much of Levy’s power and influence came from his tight relationship with mob titan, Vincent (The Chin) Gigante, don of the Genovese clan, and one of his most trusted capos, Dominick (Baldy Dom) Canterino. Gigante was the most powerful of the New York mafia boss in the 1980s and 1990s, famous for his “Oddfather” routine, roaming the streets of Greenwich Village in his bathrobe mumbling to himself in a ruse to fool the FBI into thinking he was insane.

McCalla was born in the Bahamas and served as a go-between for Levy and his African-American associates, pushing spins at Black radio-oriented stations across the country with the use of threats and intimidation tactics. Levy and McCalla were both military vets. McCalla served as a paratrooper in the Korean War.

Many music industry historians point to McCalla as the person responsible for bringing iconic reggae singer-songwriter Bob Marley to massive fame in North America in the 1970s. Big Nate traveled to Jamaica and made deals to license Marley’s music in the U.S. and Canada; delivering a signing bonus and then failing to pay the rest of the agreed amount. Nonetheless, it was because of McCalla that U.S and Canadian audiences heard Marley on the radio, fell in love with him and made him a counter-culture icon.

McCalla’s push to get Marley played in the North American radio market involved highly-successful New York disc jockey Frank (Hollywood Frankie) Crocker, a pioneer in the “urban contemporary” genre (he’s credited with coining the phrase) in big-city radio, was also at the center of a Payola scandal in the industry that derailed his career for a brief period of time in the late 1970s and was connected to Mo Levy and Big Nate McCalla. Levy and McCalla were trailblazers in developing different payola scams to heighten their artists exposure. Whether his palm was greased or not to play his records, Crocker embraced Marley and the entire reggae music scene and his championing of the sound exposed Marley to the masses and skyrocketed his success in the States.

Around this time, Mo Levy and Big Nate McCalla were indicted for attacking an off-duty police officer outside a Manhattan jazz club in 1975. The assault occurred when NYPD cop Charlie Heinz made what Levy interpreted as an inappropriate comment to his girlfriend. Per an NYPD incident report, McCalla held Heinz on the ground while Levy pummeled his face causing Heinz to lose his right eye.

Crocker was indicted on May 13, 1976. Earlier that same month, D.C. disc jockey R. Seavy (Soul Papa) Campbell of WOL, someone Crocker and Nighthawk Terry used to promote concerts with, was slain gangland style. Campbell was found shot to death on the side of a Virginia road in the early morning hours of May 4, 1976.

In the months prior to his murder, Campbell was facing scrutiny from the IRS for shady banking practices linked to his concert promotions firm and had been subpoenaed before a grand jury investigating Payola in the radio industry and its ties to Italian and African-American organized crime. According to one internal FBI memo, multiple informants pointed the finger at Levy and McCalla for playing a rol

Calla Records shut down in 1977. That same year, Levy and McCalla began discussing staging a musical festival to wash dirty money, per FBI informant files. Using McCalla’s contacts to Nighthawk Terry and the D.C. black music scene, they were introduced to “Brute Little,” who had been putting on a small annual concert series in the D.C. area during the summer since the mid-1960s and was hoping to grow the series of glorified jam sessions to a buzzy Black music festival in the mold of transcendent mostly-Caucasian hippy music festivals like Woodstock in New York or Monterey Pop in California.

Nighthawk Terry was the premier D.C. radio personality at the time, overseeing WOL’s transition from traditional rock-and-roll to all-R&B and soul music. Federal documentation from 1970s tied him to a series of Payola scandals, a string of money laundering schemes and several prominent members of the D.C. drug world. One of those D.C. drug tycoons he was close to was Linwood Gray. He also knew Brute Little and did business with Little’s music promotions outfit. So did Gray, providing financing to many of the endeavors. Mo Levy and Big Nate McCalla made an under-the-table deal with Little and Gray to pump a million bucks into the creation and promotion of a bigger, much more glitzy and grand Brute Music Festival to be marketed as the “Black Woodstock,” with the Parliament Funkadelic-inspired tag line, “One Nation Under A Groove.”

Little’s Charisma Entertainment Co. leased the Take It Easy Ranch located in Calloway, Maryland in the Eastern Shores region of the state, for the days of July 1 through July 4, 1977. Linwood Gray sent a pair of his own guys to be his boots on the ground for the event. The only problem was, that those two guys, D.C. hoodlums, Howard (Hawkeye) McNair and Theodore (Fast Teddy) Brown, didn’t make it through the event itself alive.

Per one FBI document related the concert’s fallout, Terry, McNair and Brown began to counterfeit large amounts of tickets and backstage passes and flooded the buyer’s market with them in the weeks preceding the four-day festival. Levy and the Genovese crime family got word of the bootlegged tickets and passes and were enraged, dispatching McCalla to Maryland to deal with the situation personally.

On July 2, the second day of the festival, McNair and Brown were both found slain in a patch of woods just a few hundred yards away from the Take It Easy Ranch property, each shot in the back of the head at point-blank range. Three days later, on July 5, the day after the festival concluded, tensions boiled over between Big Nate McCalla and Nighthawk Terry and a screaming match erupted in the lobby of WOL, with McCalla accusing Terry of counterfeiting 150,000 tickets for an event that could only hold 200,000 and costing him, Levy and their backers in the Chin’s Genovese crew more than $1,000,000 in profits.

The 41-year old Terry vanished on August 31, 1977, last seen driving away from WHUR radio station in D.C. in his blue-colored Oldsmobile Toronado. His body has never been found.

Considered the No. 1 suspect in the McNair and Brown homicides and Terry’s disappearance, Big Nate McCalla left New York and went into hiding in Florida. He was discovered shot to death in the living room of a rented house in Ft. Lauderdale on February 20, 1980. McCalla had been deceased for at least a week and was killed by someone he knew (the home’s back door was open, a set of keys in the handle and the windows sealed shut with the heating system blasting).

According to federal informants, “Chin” Gigante ordered McCalla’s murder and Levy signed off on the contract and aided the hit team in finding McCalla so he could be killed. Gigante had recently taken the reins as Godfather of the Genovese Family.

Gray, known on the street by the nicknames “The Grey Ghost” and “Big Boy Caprice,” went down in a drug and tax case, convicted on the tax counts at a July 1979 trial where he admitted under oath that him and Terry did business with New York organized crime figures. Gray’s attorneys blamed the narcotics activity he was being charged with on Terry, who couldn’t refute the claims because he was dead.

Brute Little died of natural causes in October 2005. Gray would go on to be convicted in a later drug case for trafficking heroin and cocaine.

Terry was portrayed by actor-comedian Cedric the Entertainer in the 2007 film Talk To Me. One police informant told authorities that Terry’s body was dismembered and buried in several different spots across a North Carolina farm. Terry’s Oldsmobile was found torched in a North Carolina field in 1978.

Mo Levy died in 1990, less than two weeks away from being scheduled to report to serve a 12-year federal prison sentence for racketeering and extortion. The Chin passed away of natural causes behind bars in the 2000s. Baldy Dom Canterino, Levy’s co-defendant in his racketeering case and Gigante’s confidant and sometimes driver, died in prison too.