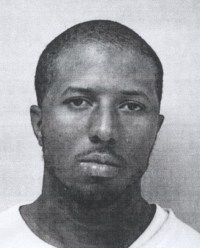 November 30, 2021 — The First Family of the Big Easy dope game got good news this week. New Orleans drug world figure Andre (Reesie) Hankton appears to be on his way to punching a ticket home in the near future instead of spending the rest of his life in prison. Based on a U.S. Supreme Court ruling declaring that federal racketeering convictions are not to be considered violent offenses (even if one of the predicates of the racketeering count found guilty of included an act of violence), federal prosecutors have moved to dismiss two of Hankton’s three convictions, making him eligible for release within months.

Reesie Hankton is one of the co-founders of the notorious Hankton Boys drug gang. He was found guilty at a headline-dominating trial in 2016. Two of the racketeering counts he was convicted of and led to life sentences were tied to the brazen 2008 murder of rival Big Easy drug boss Darnell (Dunrey) Stewart. Once the first two counts of his case are thrown out of court, the lone count Hankton will be doing time for is a firearm offense that he was sentenced to 10 years for. Hankton’s already been behind bars for almost a decade and could be paroled by the spring.

Hankton’s brother, George (G-Cup) Hankton, started the Hankton Boys crew in the 1990s. Durney Stewart and his henchman Jesse (Tu Tu) Reed allegedly gunned down 40-year old G-Cup Hankton on December 7, 2007 in front of a carwash in the city’s Gert Town neighborhood. Stewart and Reed were arrested for the murder, but had the charges dropped before the case made it in front of a jury

With G-Cup dead, leadership of the Hankton Boys gang fell to G-Cup and Reesie Hankton’s little cousin, “Wild Telly” Hankton. Per DEA records, Wild Telly Hankton issued $50,000 murder contracts on Stewart and Reed as a revenge for his cousin’s slaying. The contract was open all takers for four months, until a frustrated and grieving Wild Telly decided to take matters into his own hands. Reesie Hankton got in on the payback action as well.

On the evening of May 13, 2008, Wild Telly and Reesie Hankton found Stewart and engaged in a high speed chase with him before he ditched his vehicle after smashing into an industrial dumpster and took off on foot. Reesie Hankton, driving a Mustang with Wild Telly in the passenger’s seat, slammed into a fleeing Stewart, sending him flying into the air near the entrance to the parking lot of Jazz Daiquiris nightclub. Wild Telly exited the car and executed Stewart with four shots at point-blank range to the head in front of a crowd of horrified onlookers.

Tu Tu Reed was slain June 20, 2009, shot more than 50 times as he stood on his porch talking to a friend. Hankton Boys crew enforcer Walter (Moonie) Porter was convicted of murdering Reed.

Wild Telly Hankton was found guilty of first degree homicide in 2011 and then racketeering five years later. The 45-year old Hankton was sentenced to life in prison.