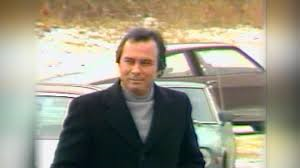 Gerard (the Frenchman) Ouimette, one of the highest-ranking mob associates in the history of New England, lost his battle with lung cancer earlier this week in a prison hospital in North Carolina. It was a quiet, unceremonious ending for a man that lived life large as a wiseguy with flair and panache, not to mention an unforgiving reputation that made people shake in their proverbial boots.

Ouimette, 75, was heavily feared in his heyday in the rackets, split between the Rhode Island and Massachusetts underworlds, and ran a crew of thieves, conmen and hoodlums under the auspice of the region’s legendary Godfather Raymond Patriarca (d. 1984) and then a number of his successors. He was famously sent away to federal prison for the rest of his life in 1996 following an extortion conviction and the U.S. Attorney’s Office’s decision to enact the “3 strikes and you’re out” provision for violent offenders to his sentencing.

Although Ouimette couldn’t become a “made” member of the Italian mafia because of his French heritage, he held equal, if not exceeding weight in east coast gangland circles compared to those who were. The owner of a rap sheet that rested in the double digits for career convictions, he spent more than half his life behind bars, was named by authorities as a suspect in close to a dozen mob murders and was the first criminal in New England jailed for life under that specific statute.

In prison he penned a book entitled, What Price, Providence? His lack of Italian ancestry did little to hold him back from ascending up the Patriarca crime family ladder when he was on the outside as a mover and shaker on the street.

“The Patriarcas would use anyone who was ruthless, that was Gerard Ouimette,” renowned New England mob buster Steven O’Donnell said. “The man was a violent, career criminal that took pleasure in his trade.”

Born and raised in the notoriously mobbed-up hotbed of Providence’s Federal Hill neighborhood, Ouimette dated his start as a gangster to as far back as the 1950s (his first major conviction came in 1958 for armed robbery at 18), running roughshod through the Rhode Island criminal scene, dabbling in an array of profitable illegal ventures and carving out territory for himself, as well as forging valuable ties with east coast mob players, like the John Gotti crew from New York’s Gambino Family (Ouimette lieutenant, Richard “Richie the Redbird” Gomes sometimes acted as a bodyguard and driver for the world-famous “Teflon Don”).

Seeing his powerbase grow in the 1980s, he’d eventually move from Rhode Island to Fall River, Massachusetts and orchestrate an attempted takeover of the southern part of that state’s rackets by locking horns with Fall River mafia chieftain Timothy (Timmy the Bat) Mello in the 1990s.

At least two murders are linked to the instability that occurred in the Fall River-New Bedford area during that period of time – “South Coast” bookies and racketeers Joseph (Joe the Animal) Savitch and Louis (Miami Beach Louie) Alexander – a mentor of Mello’s – disappeared together in 1994, their bodies discovered buried in a shallow grave in Maine three years later. Savitch and Alexander each had lengthy criminal records and were under indictment for a string of home-invasion robberies when they vanished. Mello and Ouimette were both questioned by authorities about their knowledge of the double homicide, however neither were ever charged.

Ouimette’s most recent case is tied to a pair of extortions that occurred in 1995. Both extortions were committed in tandem with Patriarca syndicate underboss-turned-informant Robert (Bobby Cigars) DeLuca – currently in the Witness Protection Program .

The first one stemmed out of a debt DeLuca and Ouimette tried to collect from a loanshark customer of their slain fellow Mafioso Ronnie Coppola and the second sprouted from the “reverse shakedown” of an area wiseguy who had targeted DeLuca’s son in an extortion scheme.

In the months leading up to Coppola’s murder in March 1994 as a result of an underworld feud played out against the backdrop of an on-going New England mob war, Coppola had loaned a Rhode Island restaurant and factory owner named Paul Calenda $125,000, a transaction Coppola’s widow informed DeLuca and Ouimette of and in turn which they pledged to recover.

Dodging several meetings arranged by DeLuca and Ouimette to discuss the debt, the pair finally got face-to-face with Calenda at the tail end of January 1995 when they had Coppola’s widow and her new boyfriend, a member of Ouimette’s crew, summon him to Coppola’s house. Ouimette promptly told him that he had to pay the money he owed or give them his restaurant. If he didn’t, Ouimette threatened to “blow him up in his car,” according to court records.

On February 20, Ouimette showed up at Calenda’s factory and once again informed him of the situation and that he would be assuming ownership of his restaurant if he didn’t have the cash by March. A week later, Ouimette sent his bodyguard James (Jimmy the Slugger) Gellerman back to the factory to physically assault Calenda, accomplished by a series of bruising smacks to the head in his office as a crony of Gellerman’s stood watch at the door. Calenda, who had his nose broke in the attack, relented and agreed to fork over weekly installments of $5,000 in order to repay the debt, but only after going to the FBI, – along with Coppola’s widow, by that time also a lover of Ouimette’s, and her boyfriend – and recording conversations related to the shakedown to be later used in court.

The second extortion took place the following month in March 1995 upon Ouimette hearing the news that DeLuca’s son was being shaken down by a local Irish wiseguy named David Duxbury for $2,500. Ouimette grabbed Gellerman and they found Duxbury at a Providence strip club to confront him. Taking him in the bathroom, Gellerman, an eventual witness against his boss, punched Duxbury repeatedly in the face and Ouimette informed him that as punishment for trying to extort the offspring of an esteemed wiseguy like DeLuca he had to pay a $5,000 fine and that he would be by to collect the next week. He never got the chance and was arrested instead.