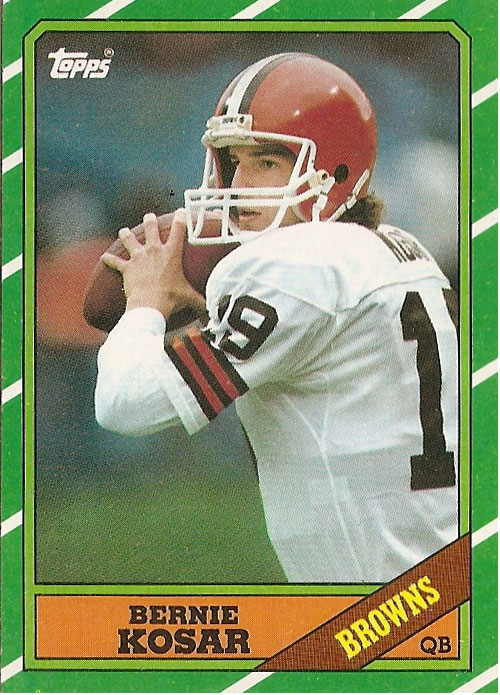 June 24, 2021 – Big names keep stepping to the plate for former Cleveland underworld figure Kevin McTaggart in his fight for parole. First a judge. Then a mayor. Now a Cleveland sports legend.

Retired All-Pro Cleveland Browns quarterback Bernie Kosar recently told U.S. District Court Judge John. R. Adams he would allow McTaggart, a one-time leader in the city’s Irish mob, to live with him if McTaggart was to be released early from a life sentence for drugs, racketeering and a half-dozen murder conspiracy convictions. Attorneys for McTaggart filed a motion in front of Adams earlier this year seeking a compassionate release. Kosar took the Browns to three AFC Championship Games in four years (1986, 1987, 1989).

The former crime lord and mob enforcer has been locked up since 1982, three years before Kosar, a Youngstown native and Miami (FL) alum, ever put on a Browns uniform. Kosar, 57, retired from the NFL in 1996 as a member of the Miami Dolphins. He won a Super Bowl ring as a backup to Hall of Famer Troy Aikman on the 1993 Dallas Cowboys.

The 65-year old McTaggart was once second-in-command of Cleveland’s Irish mob family known locally as the Celtic Club and led by his best friend, iconic Irish crime lord Danny Greene. McTaggart fought on the frontlines of Greene’s war with the Cleveland Italian mafia which saw the fearless and emboldened Irishman get blown to bits in a 1977 car bombing attack outside his dentist’s office in Lyndhurst, Ohio and the entire saga get the Hollywood movie treatment with Kill The Irishman years l

After the war ended and Greene was out of the picture, McTaggart joined forces with the Italians and went to work for Cleveland mafia underboss Angelo (Big Ange) Lonardo as hired muscle and a large-scale narcotics trafficker. He often acted as a go-between for the city’s Hells Angels chapter and Lonardo, per FBI records. Lonardo eventually became a government witness and joined the Witness Protection Program, dying a free man in 2006.

Ohio Municipal Court Judge Donna Congeni Fitzsimmons who prosecuted the case that put Taggart away 38 years ago and Mayor Monica Recktenwald of Canisteo, New York who was once the warden of a prison he served time at have both written letters to federal authorities on his behalf pushing for a resentencing.

Congeni Fitzsimmons proved to jurors at his 1982 trial that two years earlier, McTaggart had lured fellow Irish mob figure Billy Bostic to the basement of a tropical fish store on Cleveland’s Westside and shot him to death and then did the same with a drug dealer named Curtis Conley months later. Bostic was refusing to share gambling profits with the mafia and Conley wanted to kill McTaggart over a drug debt. McTaggart also helped shoot and strangle rival dope man David Hardwicke to death inside a van.

In the 2011 film, Kill The Irishman about the Cleveland mob war of the ’70s, Ray Stevenson plays Danny Greene. The character ,”Billy McComber,” played in the movie by Marcus Thomas, was a composite of Celtic Clubbers McTaggart and Brian O’Donnell. McTaggart is currently incarcerated in Milan, Michigan.