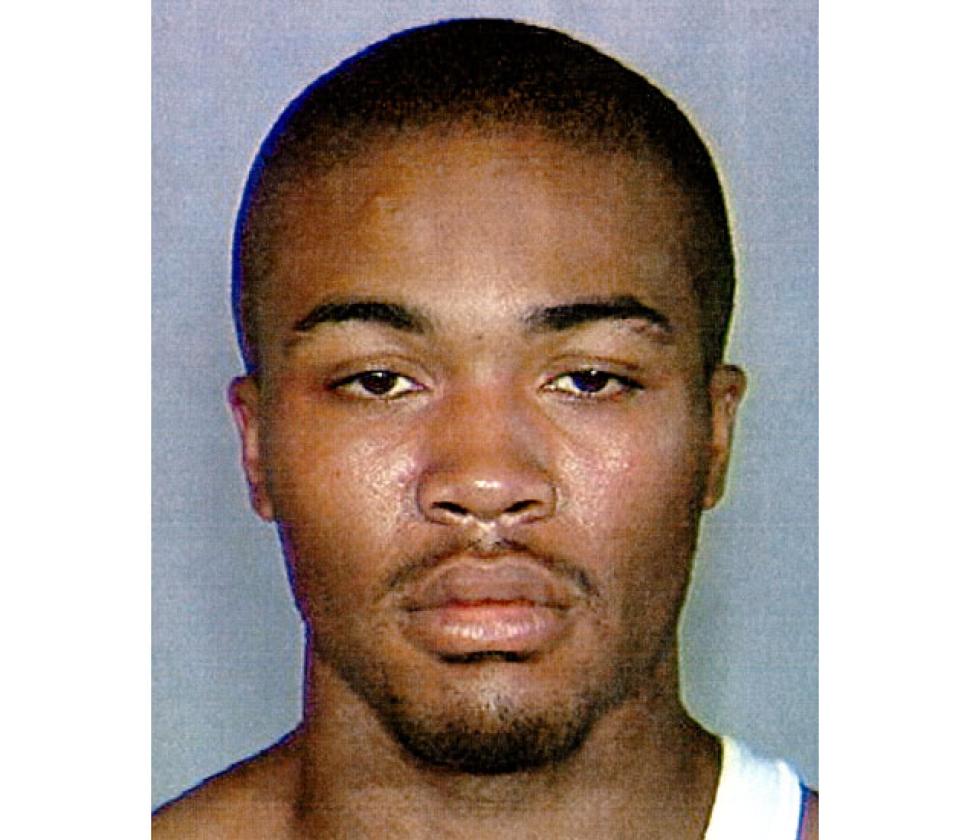 Murderous and notoriously unstable New York drug kingpin Damion (World) Hardy, leader of the Cash Money Brothers gang, was sentenced to life in prison Monday afternoon for ordering six underworld executions, slayings he was convicted of last week in federal court as part of an expansive racketeering and narcotics case that took more than a decade to reach a jury.

The trial lasted almost a month and featured several of Hardy’s lieutenants on the witness stand testifying against their former boss. Hardy, a diagnosed schizophrenic who once romanced hip-hop music’s “queen bee” Lil’ Kim, co-founded the Cash Money Brothers – known on the street as simply “CMB” and named after the fictional urban drug empire in the 1991 movie New Jack City –, with his brother Myron (Wise) Hardy, in the early 1990s.

One large reason the case took 11 years to get to the trial stage was World Hardy’s insistence that he be ruled criminally insane by the judge (he ultimately failed). Hardy was kept heavily sedated for the majority of the courtroom proceedings.

The real-life CMB operated out of the Lafayette Gardens housing projects in Brooklyn throughout the 1990s and the first half of the 2000s, until the current case was filed in the summer of 2004 against World Hardy and almost a dozen of his underlings, including crew-runners, Aaron (E-Bay) Granton, Dwayne (Thor) Myers, James (Popsie) Sessoms and Kenwayne (Big Stro) Jones. Myers became a key government witness.

Wise Hardy was killed in a shooting war that broke out in the late 1990s for control of the Brooklyn crack game between CMB and Ivory (Peanut) Davis, a rival drug dealer in Lafayette Gardens. In June 1999, Davis’ nephew gunned down Wise while World served time on a state conviction.

Upon World’s release from lock-up, he unleashed his CMB army on Davis and his organization, which immediately resulted in the high-profile May 2000 hit on Davis’ henchman Darryl (Homicide) Baum, a friend and one-time bodyguard to former heavyweight boxing champion Mike Tyson, as well as the man who allegedly shot rap superstar Curtis (50 Cent) Jackson nine times (an attack he survived and has spoken and rapped about often).

On Hardy’s direct orders, E-Bay shot Baum in the back of the head at the corner of Quincy Street and Marcy Avenue in the heart of Brooklyn and then followed that up with shooting another Davis’ lieutenant, James (J.R.) Hamilton at point-blank range inside his restaurant in the first week of August that same year.

A week later, on August 10, 2000, E-Bay blasted Peanut Davis away as he sat in his car in front of a local nightclub. Before he died, Davis pressed on the vehicle’s accelerator and wound up killing a pedestrian as he crashed his Lexus into a nearby sidewalk.

With Homicide Baum’s brother, Tyrone (T-Rock) Baum, openly looking to exact revenge on Hardy and CMB in the coming years, World dispatched Thor Myers and another associate to eliminate the problem – they found T-Rock at a construction site in Brooklyn and offed him execution style in 2003.

That same year, the FBI intercepted 8 kilos of uncut cocaine coming into Kennedy International Airport from the Caribbean and arrested CMB members, Edward (Taz) Cooke and Allen (Boo) Bryant on the spot.

While still on the street, World Hardy engaged in at least two physical altercations with 50 cent. according to media reports, related to his bad-mouthing of Lil’ Kim and engaged in a murder-contract tit-for-tat with Tyson, per court documents. Prior to his jailing in 2004, he lived in a picturesque mansion in New Jersey and had made Lil’ Kim his fiancé.

Besides the Davis, Hamilton and two Baum slayings, Hardy was found guilty of ordering the murders of a bouncer at a roller rink who had ejected him and his entourage and a medical clinic owner he had gotten into a public verbal altercation with and felt disrespected by.