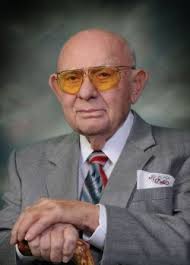 I got to know Tony Zerilli in the last year of his amazing life. It was an experience I’ll carry with me forever. He was a Don of the Italian mafia in my hometown of Detroit, I was a young, Jewish journalist and author eager to pen his autobiography and soak up as much of his rich knowledge and decades worth of stories of his intermingling at the highest levels of national power and pop culture stratospheres as possible.

We were an odd couple indeed (maybe less odd if you consider my relatives, the notorious Burnstein brothers, founders and leaders of the Prohibition era Purple Gang, Michigan’s only Jewish mob and tough SOBs that had forged close ties with his dad, the Motor City’s legendary “gentleman Don” Joe Zerilli) . Still, Godfathers aren’t supposed to talk to writers. Ya know that whole “Omerta” thing and all. At the end of his days though, long retired from his time as a mob overlord, the infamous “Tony Z” wanted to tell his story.

I was honored to get the nod. And believe me, I learned that this man was much more than just a run-of-the-mill goombah or stereotypical character from a Soprano’s television show episode or Martin Scorsese film. I learned it in spades. From him, from those who loved him and were devoted to him purely as a human being, a husband, a father, a grandfather, a niece and nephew. He was a diverse soul, a man that came to grips with his past in his final months, owned and recognized his wrongdoing, while showing his immense appreciation and unrequited love for those who meant the most to him – his family.

Like an up-and-coming pitcher in the major leagues, the skip was giving me the ball on the mound for the big game. I had to come through for Tony Z, my new Padrone. I hope I have.

Right now, I’m in the final stages of writing his memoirs. For my departed friend Tony Z, I can only pray I smack it out of the park, toss the perfect game to properly pay homage to this man that deserves a fitting send-off.

One thing I learned fast, Tony Z was a proud man. And he should have been. He reached many daunting accomplishments in his 87 years on this earth, broke bread, socialized and wheeled and dealed with kings and queens of American industry and culture, broke ground on several impressive business endeavors such as the pioneering Hazel Park Race Track, a thoroughbred-racing mecca of few equals across the country in its prime in the 1950s and 60s, and the creation of what would go on to become modern-day Las Vegas (go ask Vegas casino mogul Steve Wynn who got him his first job on the Strip).

He adored his wife, Rosalie (“she’s the best woman in the whole world, I’m the luckiest man alive,” he’d often tell me) and his children, those were the two things most important to him, the pieces of his being he most cherished, and I think that’s what he kept coming back to and realizing, reaffirming, when he reflected on his life with me in this past year.

Sadly, he wasn’t done right in his “other” family. His cousin and fellow mob boss Jack Tocco wrongly blamed him for the sins of others, stole from him and may have tried to bring physical harm to those close to him. This I knew before I ever said my first word to Tony Z last summer, about a month before Tocco passed away, at a local deli in suburban Detroit, less than five minutes from the house I grew up in.

Over corned beef sandwiches, we immediately hit it off. He was wowed by my research, my in-depth recall of people he had known “in the Life” and I was simply wowed by his presence. From then on when we were together, we’d sit and talk and he’d un-spool compelling tale after compelling tale and I’d just try to keep up taking notes and drinking it all in. They’re times I will hold dear to my heart. So long, sir. I promise to do your memory justice and I’ll never forget my year as your friend.