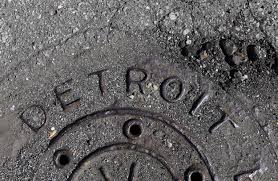 Thomas Gargaro died at 85 late last week in Metro Detroit never getting the satisfaction of seeing his sister’s killer brought to justice. Gargaro, a retired local builder, passed away on April 2, some 46 and a half years after his sister, Judy Gargaro Ruggirello, vanished August 18, 1968 from her Southfield, Michigan home, never to be seen again. She is presumed dead.

The No. 1 suspect in her disappearance and murder to this very day is her then-husband, reputed Detroit mafia figure Antonino (Tony the Exterminator) Ruggirello, Jr., alleged to be a widely-respected mob elder statesman in the Motor City these days.

Ruggirello, Jr., 81, was questioned and heavily investigated for his involvement in the crime at the time his wife went missing nearly a half-century ago, however, he was never charged. Nobody’s been charged, leaving just inferences, accusations and presumptions.

According to law enforcement records, throughout the summer of 1968, Judy Gargaro Ruggirello began telling friends that she was thinking of leaving her husband and that she intended on purchasing a gun to protect herself from him. On the evening of August 17, the small and petite 29-year old informed the rotund man they called ‘The Exterminator’ in honor of his reputation for being a suspected mob killer and the fact that he owned a pest extermination business, that she was filing for the divorce the following day and had already placed a down payment on an apartment. A heated argument ensued, admitted Tony Ruggirello, Jr. to police afterward and authorities believe during the argument Ruggirello, Jr threatened his wife.

The morning of August 18, Ruggirello, Jr. sent his two kids to spend the afternoon with relatives and Judy never showed up for a lunch meeting with her sister. By the end of the evening, her sister went to the police and filed a missing persons report. Around 11:00 a.m. on August 19, Southfield Police detectives came across Judy Gargaro Ruggirello’s abandoned car with her purse and keys left inside, at a popular local restaurant and Jewish delicatessen called Darby’s on 7 Mile Road on the Southfield-Detroit border. 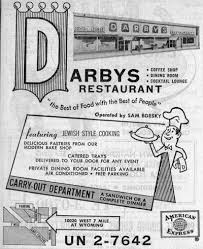 During an intense verbal exchange in a courtroom hallway in the early 1970s, Michigan mob political-fixer, bag man and turncoat, Pete Lazoros accused Detroit Mafioso and convicted racketeer Joseph (Joe the Clipper) Barbara, Jr. of “stuffing Judy Ruggirello down a sewer drain.” Lazoros thought Barbara of raped his wife and admitted to trying to kill Barbara, Jr, himself in an unsuccessful shooting at a suburban Detroit hotel.

Barbara, Jr. was raised a mob prince by his father, Joseph (Joe the Barber) Barbara, Sr., the mafia don of upstate New York and parts of northeast Pennsylvania in the mid-20th Century and infamous host of the notorious Apalachin summit, a poorly-executed meeting of Italian crime czars from across the country, raided by the police in 1957. The younger Barbara relocated to Michigan upon marrying the daughter of Detroit mafia capo Peter (Bozzi) Vitale (d. 1997).

Ruggirello, Jr, and his brothers Luigi (aka “Louie the Bulldog”), Antonio (aka “Toto”) and Joseph (aka “Jo Jo”) were sons of feared Detroit mob enforcer Antonino (Big Tony) Ruggirello, Sr., a longtime personal bodyguard, strong arm and all-around top lieutenant of Michigan mafia “founding father” William (Black Bill) Tocco’s. Black Bill Tocco was the syndicate’s first recognized “LCN don” in the 1930s and ruled at the forefront of crime family affairs until he died of heart failure in May 1972.

Per FBI and Michigan State Police documents, Tony, Jr. captained a crew of mob soldiers from the 1970s into the early 2000s that oversaw underworld activity in the Ann Arbor and Flint areas. Ann Arbor is a college town, home to the University of Michigan, and surrounded by several rural communities in Washtenaw County, while Flint is a smoky factory town in Genesee County – both regions are located some 40 miles outside of Detroit.

In 1977, Tony, Jr. and his baby bro Toto were convicted of attempting to murder a Flint illegal numbers operator with a car bomb. The government’s star witness, Ruggirello crew member, David La Ponsey survived an attempt on his life in federal custody awaiting his turn to testify at the Ruggirellos’ trial.

Two years later in the summer of 1979, they hosted an elite mob get-together at their crew’s headquarters, the ritzy Timberland Game Ranch, a private club and hunting lodge 10 miles away from Ann Arbor in Dexter, Michigan, held to anoint Giacomo (Black Jack) Tocco, Black Bill’s eldest son, the new Godfather of the Detroit mafia and attended by only the most powerful members of the crime family.

Tocco’s “inauguration” was also attended by the FBI through good luck and a tip delivered to them by Tocco’s driver and cousin, Anthony (Fat Tony) Zito, a confidential government informant for years prior to his death in 1990, and photos snapped at the event were used to convict Tocco and several of his Detroit mob administrative counterparts in a wide-spanning RICO case that wasn’t filed until almost two decades after it took place.

Sources tell the Gangster Report that both living Ruggirello brothers -Tony, Jr and Toto – remain semi-active in the rackets, having recently emerged from a near-10 year long gangland hiatus to help oversee the former crew of reputed newly-enshrined Detroit mafia underboss Anthony (Chicago Tony) La Piana and aid in the transition of power in the Family from Tocco to La Piana and freshly-minted Midwest don, Jack (Jackie the Kid) Giacalone. Even in his time away from the leadership ranks of the local mob, Tony, Jr. is alleged to have acted in an unofficial advisory capacity to Jack Tocco at the tail end of his reign.