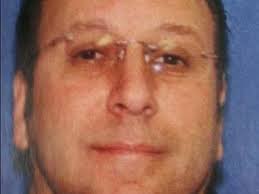 Deep dish pizza from Giordano’s, Uno’s or Gino’s East. A nice big, juicy Italian beef sandwich at Al’s on Taylor Street in the center of “old-school” Little Italy. The perfect cut of steak from Gibson’s or a tasty and hearty bowl of pasta at Carmine’s on always-trendy Rush Street.

These scrumptious Windy City delicacies can all now freely be consumed by high-ranking Chicago mob associate Casey Szaflarski, the Outfit’s man in charge of its lucrative video-poker machine operations, who was released in recent weeks from a three-year federal prison stay for racketeering and has returned to his Illinois underworld stomping grounds.

Szaflarski, 57, is closely aligned with a pair of Chicago mafia heavyweights. His daughter is married to the son of reputed Outfit capo Frank (Toots) Caruso, overseer of the mob’s activities on the south side for the better part of the past two decades. Back in 2010, Szaflarski was convicted in a major RICO levied against then-syndicate “acting boss” Michael (Fat Mike) Sarno and a crew of his underlings operating out of Cicero.

Sarno, at the helm of the mob in Chicago from 2005 until his imprisonment in 2010, was sentenced to 25-50 years behind bars and is currently being housed in a medium-security correctional facility in eastern Virginia. At the time of his incarceration, Fat Mike was considered by the FBI as the top suspect in the 2006 disappearance of Anthony (Little Tony) Zizzo, a one-time Cicero crew higher-up and crime family acting underboss who in the wake of his close friend and Sarno’s predecessor as acting boss, James (Jimmy the Man) Marcello, being locked up in the infamous Operation Family Secrets case 18 months earlier, he had begun openly feuding with.

Szaflarski worked directly under Sarno, tasked with running all the Chicago mafia’s video-gambling rackets throughout most of the 2000s and aided in enforcement duties by Mark (Goldberg the Jew) Polchan, a member of the Outlaws Motorcycle Gang and Sarno’s primary fence for stolen merchandise. Polchan isn’t Jewish, but owned Goldberg Jewelers, a well-known way-station for “hot goods” moving in and out of the region.

With Sarno as a “silent partner,” Szaflarski owned and ran Amusements, Inc., which provided video-gaming machines to local bars, restaurants, social clubs and convenient stores in Cicero and its’ surrounding area.

Around mid-2002, a fringe Chicagoland underworld figure named Vincent (Vinnie Dub) Dublino who also owned a video-poker machine business called C&S Amusements, began undercutting Amusements, Inc’s, offering larger percentages of the profit split and supplying machines to a series of eateries and taverns that “belonged” to Szaflarski and Sarno. One of the places Dublino was servicing was the 47th Street Grill in Lyons Township, Illinois, located just outside Cicero and a favorite watering hole of Sarno’s.

Fat Mike took this as a personal affront and sought out Dublino at Dublino’s restaurant headquarters. Approaching Vinnie Dub, he got up close to him and told him to “stay the fuck away from that 47th Street Grill stop, that’s ours.” Two weeks later, a trio of Sarno-dispatched goons came into his establishment and told him the same thing. In January 2003, Dublino’s C&S Amusements was fire-bombed by Sarno’s crew with a pipe bomb designed by aging Outfit explosives expert Sam (the Master Blaster) Volpendesto and planted by Polchan, his biker gang’s liaison to the Italian mob, prompting Dublino to stop providing machines to businesses in or near Cicero.

As don, Fat Mike Sarno headed a meeting of the minds between the Chicago mafia and the Outlaws, former hated rivals, that birthed multiple mutual illegal endeavors perpetrated in tandem in the coming years. The relationship between the two formidable criminal conglomerates became known on the streets as “The Double-O Alliance” meaning “Outfit and Outlaws”

Toots Caruso has been the alleged capo of the Outfit’s south side-Chinatown crew for most of the New Millennium. His father was longtime Chicago Chinatown mob capo Frank (Skids) Caruso. His son, Frank Jr., married Szaflarski’s baby girl in the early summer of 2010, an event a judge allowed the house-arrest saddled father of the bride attend if he didn’t speak or socialize with Toots or his brother and aide-de-camp Bruno. The groom had been convicted of a possibly racially-motivated beating of teenage boy in a 1997 attack.

With Sarno off doing his time, Outfit stalwarts James (Jimmy I) Inendino and Salvatore (Sally Cards) Cataudella are looking after mob affairs in Cicero, Jimmy I as reputed capo of the city’s historic regime dating back to the days of Prohibition era don Al (Scarface) Capone and Cataudella allegedly acting as new boss Salvatore (Solly C) DeLaurentis’ direct No. 2 in charge of the entire Family.