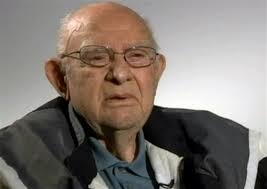 The last of the upper-echelon old guard in the Detroit mafia is gone. Former Motor City mob underboss and acting boss Anthony (Tony Z) Zerilli died of natural causes this week in Florida, less than a decade after being stripped of his duties as the syndicate’s No. 2 in charge and a little more than two years removed from going to the FBI and sending the feds on a unsuccessful dig for the remains of slain Teamsters leader Jimmy Hoffa.

Zerilli, the son of legendary Michigan Godfather Joseph (Joe Uno) Zerilli and the son-in-law of original New York Five Families don Joe Profaci, was 87 and resided in a condominium outside Ft. Lauderdale in the latter years of his life.

The death of Tony Z is the most recent in a rash of passings in the organization dating back to the winter of 2012.

“There’s nobody left, he was the last one,” said retired FBI agent Mike Carone of Zerilli’s death. “That’s the end of that era right there, they were as powerful as they came when you were talking about the mafia in America in the second half of the 20th Century.”

Carone worked in the Detroit FBI’s organized crime unit from the 1970s into the early 2000s, the heyday for Zerilli and his first cousin Giacomo (Black Jack) Tocco, the crime family’s mild-mannered boss for 35 years.

Back in March 1996, Zerilli and Tocco, along with the rest of entire syndicate’s administration, were indicted in a massive federal racketeering case entitled Operation Gametax, busting wide open a rift between Zerilli and Tocco that had been simmering for decades. Both were convicted of the charges at separate trials.

Tocco blamed Zerilli for the bust (it was Tony Z’s crew and nephews whose car was bugged yielding large doses of incriminating evidence in the case), demoting and “shelving” him upon his release from prison  in 2008. Black Jack himself was released from federal lock-up in 2002 following less than two years of time and a controversially-lenient sentencing.

After repeated attempts by Zerilli to meet with Tocco and plead his case to reclaim his status in the Family after he returned to Detroit from behind bars in the late-2000s and early 2010s failed, Tony Z dropped the dime on his one-time partner-in-crime. Fleeing to the refuge of the FBI around the Christmas holiday season 2012, Zerilli told government agents that Hoffa was killed and buried on property owned by Tocco and his younger brother and reputed consigliere Anthony (Tony T) Tocco back in 1975 when Hoffa vanished without a trace from a suburban Detroit restaurant parking lot.

Although Tony Z himself was incarcerated for skimming the Frontier Hotel and Casino in Las Vegas of six million dollars at the time Hoffa went missing, he asserted to authorities in December 2012 that once he got out of prison on the Frontier case, he was informed by longtime Detroit mob street boss Anthony (Tony Jack) Giacalone, the man Hoffa was scheduled to meet for lunch the afternoon he disappeared, of what happened: per the story Zerilli relayed to the FBI and U.S Attorney’s Office personnel, Hoffa was scooped up by then-syndicate capo Peter (Bozzi) Vitale and current consigliere Anthony (Tony Pal) Palazzolo, Vitale’s protégé and then-driver and bodyguard, at the Machus Red Fox restaurant in Bloomfield Township, Michigan on July 30, 1975, driven to the Tocco brothers’ farm property in Oakland Township, some 20 miles north of the Red Fox, bludgeoned to death with a shovel and buried (possibly still alive) near a barn on the rural acreage. The FBI’s search of the property in June of 2013 came up empty.

Giacalone has been dead since 2001 (cancer). Bozzi Vitale, the “Godfather of Greektown,” died in 1998. Palazzolo, 71, reputedly became the consigliere of the Detroit mob in late 2014, replacing Tocco’s final” No. 3″,  Dominic (Uncle Dom) Bommarito. Tony Pal was convicted of racketeering related offenses in 1994 and served three and a half years in federal prison.

Prior to his death last July, Tocco is alleged to have named 65-year old Jack (Jackie the Kid) Giacalone – Tony Jack’s nephew – his successor as don and Anthony (Chicago Tony) La Piana, 72 and a shadowy figure said to be a protégé of his, the Family’s new underboss. Jackie the Kid’s dad, Vito (Billy Jack) Giacalone, Tocco’s underboss in the 2000s, died in February 2012, two weeks after Tony Tocco passed away.

Raised side-by-side in posh Grosse Pointe Park, a leafy suburb directly east of Detroit, Jack Tocco and Tony Zerilli were the city’s original mafia princes. Tocco’s dad was William (Black Bill) Tocco, Joe Zerilli’s brother-in-law, best friend and fellow “founding father” of the modern-day Italian mob in Michigan. The younger Tocco and Zerilli were educated at the University of Detroit for college, “made their bones” in tandem in 1947 with the strangulation death of local Greek wiseguy Gus Andromulous and inducted into La Cosa Nostra together by their fathers two years later in 1949, per FBI records and testimony in front of Congress in the 1960s.

Tony Zerilli and Tony Tocco both married daughters of New York Godfather Joe Profaci in lavish ceremonies attended by literally thousands of guests and hundred of underworld dignitaries at the Commodore Hotel in Manhattan. Around the same time they were “made” into the mob, Tony Z’s and Black Jack’s fathers bought them the Hazel Park Racetrack to run (a business they would be forced by the state to sell decades later because of their gangland ties). By the mid-1960s, Zerilli and Tocco were tapped “acting boss” and “acting underboss,” respectively, of the Detroit mafia, with the younger Zerilli filling the heir apparent role, an expected successor to his dad’s crown.

However, that never happened. Once Tony Z went down for ripping off the Frontier and was sent to prison for five years, his father appointed his nephew, Tocco to be the new future boss instead and when Joe Zerilli died in the late-1970s, the ambitious and business-minded Black Jack took his place. As a gesture of good will, when Tony Z got out prison in 1979, Tocco selected him his underboss and the pair co-existed – although frigidly – until their arrests and subsequent convictions two decades later. At that point, Tocco is alleged to have cut Zerilli off, shunning him financially and refusing to speak to him and instructed all others in the crime family to do the same.

“There was no love lost between those two at the end,” said retired U.S. Prosecutor Keith Corbett, a frequent thorn in the side of the Detroit underworld in his 30 years going after the mob. “Things got very bitter. They were the second generation. They carried the torch for their fathers. Jack edged Tony out of the boss’ chair and that was probably for the better, but that left a large gap between the two that only widened as the years went on and then became irreparable once they were nailed in Gametax. That’s Jack Tocco’s legacy and it ate away at him. Jack wasn’t a John Gotti type. He wanted those who had to know to know he was the head honcho. Other than that he wanted people to see him as this benevolent community leader, not a racketeer. After the Gametax bust, Jack’s pristine image was shattered. He blamed Tony Z. And he was the guy on top and basically used that leverage to ruin his cousin, made his life hell. I don’t think Zerilli foresaw living out his final years broke and alone in Florida and having zero influence in the Family his family literally built. But that’s the case isn’t it?”