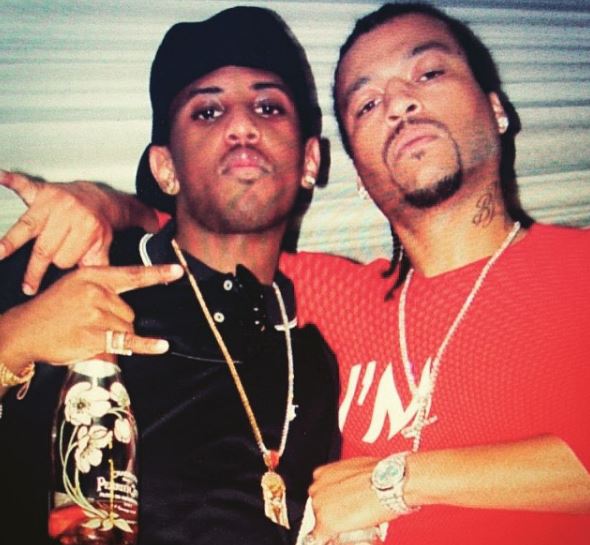 June 2, 2022 — The missing piece of the BMF puzzle in the story of the historic drug crew’s come-up in Detroit is the Newell Brothers.

After the 50 Boys and the Bolo Boys, before Harold (H-Town) Mills, there was Dawg and K.K.. The Newells were stealth gangsters, fine with minimum headlines and fanfare in exchange for maximum profit and status.

Lawrence (The Dawg) Newell and his younger brother, superstar hoopster, Alex (K.K.) Newell ran large chunks of drug and gambling turf in Detroit’s Brewster-Douglass projects and the North End in the late 1980s. The Newells will finally get their propers in the upcoming Starz Black Mafia Family docuseries, a companion to the hit scripted show that dropped on the network last fall.

The Brewster-Douglass housing projects is on the near Eastside in the Brush Park neighborhood. The Brewsters and the North End, located on the near Northwest Side of the Motor City, have always been home to capable and industrious drug bosses.

Demetrius (Big Meech) Flenory and his younger brother Terry (Southwest T) Flenory founded the Black Mafia Family organization on the Southwest Side of Detroit in 1990. The Flenorys began as members of the 50 Boys crack crew led by Edrick (E.D.) Boyd in the mid-1980s, but soon graduated to being “weight men” and began pushing kilos with help of Rudolfo (Bolo) Moreno-Ponce and his Bolo Boys, a wholesale cocaine crew made up of American-born Cubans and Mexicans from Southwest Detroit’s Mexican Village neighborhood.

When the Bolo Boys were under increasing heat from the feds in 1988, the Flenorys hooked up with the Newell boys to keep propelling their careers as major players in the dope game forward. They never missed a beat. Despite urban legend, by the time the Flenorys linked with Harold Mills, they were already rolling in some pretty heavy-duty circles. The Newells were the future BMF bosses first true co-signing, claims many “in-the-kno

“K.K. was the politician, Dawg was the muscle,” one former associate says of the Newell brothers’ operation and working relationship. “Those were the guys that really put Meech and Terry on the map. There would be no Big Meech and Southwest T today, if K.K and Dawg hadn’t decided they were worthy enough to fuck with and start feeding.”

The Newells were indicted in 1990 and did 12 years in federal prison. The Flenorys and their BMF empire became the biggest urban narcotics-trafficking conglomerate in American history, controlling the wholesale cocaine market in more than 20 cities at their peak of power and influence in the early 2000s. At that time, Big Meech was based out of Atlanta.

According to sources, the Newells connected Flenory with Dennis (The Duke) Kingsley-Walker, a Motown transplant down in the ATL overseeing his own drug organization, upon Big Meech’s arrival in Georgia in the 1990s. Kingsley-Walker turned government informant and was killed in a Halloween 1997 drive-by shooting carried out on a freeway offramp. Per a DEA informant, Flenory acted as the triggerman in Kingsley-Walker’s homicide, which occurred the day the Duke was let out of prison early and checked into his halfway house. The Kingsley-Walker crew traced its roots back to the North End of Detroit prior to it planting a flag in the Peach State.

Southwest T, 51, was released to home confinement in May 2020 due to the COVID-19 pandemic. The 52-year old Big Meech, frequently name-checked in rap lyrics and shouted out by celebrities on their social media accounts, isn’t scheduled to see freedom until the fall of 2026.

“Dogg” Newell died shortly after his release from prison in 2002. Today, K.K. Newell, 57, is retired from the dope game.