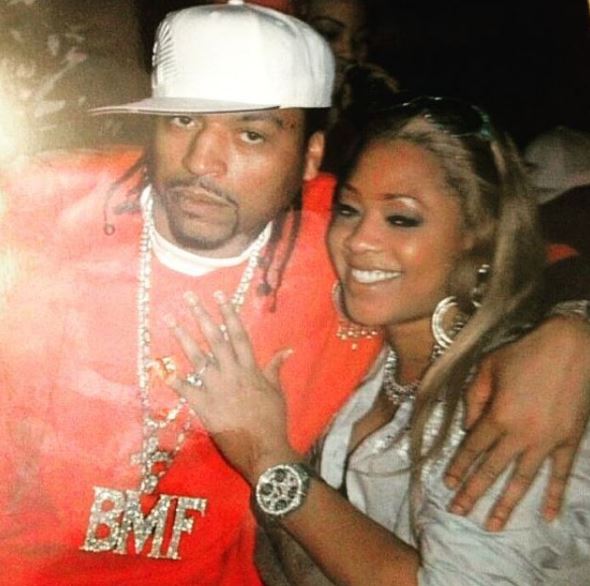 June 5, 2022 — Two years of bad blood spilled over into a spectacular failed hit that sent future Black Mafia Family founder Demetrius (Big Meech) Flenory fleeing the Motor City fearing for his life. By the time he returned, he was a king.

According to first-hand accounts and DEA intelligence files, Flenory left Detroit in the summer of 1989 after surviving being shot 12 times by his rival, Layton (The Beast) Simon in the final salvo in a street war for control of the drug trade on Motown’s far Southwest Side. Simon would soon fade into the background though and Big Meech would go on to rise to legendary heights in American pop and big-time crime culture.

Shortly thereafter Big Meech and his younger brother Terry (Southwest T) Flenory, started BMF, which grew to be the largest wholesale narcotics trafficking organization in U.S. history, with satellite crews in nearly two dozen states by the early 2000s. For most of their reign, Big Meech based his affairs in Atlanta and Southwest T was headquartered in L,A. The Flenorys and over 175 of their BMF lieutenants, soldiers and couriers were indicted in 2005’s landmark Operation Motor City Mafia case out of Detroit, where the group kept its industrial hub.

Layton Simon is a storied underworld figure in smoggy Southwest Detroit. He came up as an enforcer in the 1970s under local kingpins Harold Stinson and Walter (The Black Fox) Cason, eventually working as Stinson’s go-to muscle on the streets. Stinson was slain in 1977.

Simon went to prison with Cason and when they were gone, crack took over the inter-city dope game around the country, including the streets on the Southwest Side, and a new breed of gangster was born. On the Southwest Side of Detroit at the height of the crack era, it was in the form of the 50 Boys on 12th Street led by Edrick (E.D.) Boyd and his right-hand man Derrick (D) Meek. The Flenory brothers joined the 50 Boys

Simon immediately butted heads with E.D. Boyd and D Meek upon returning from prison. Per Detroit Police Department Narcotics Unit records, Simon’s baby brother Elvis was killed in the parking lot at the Detroit Coney Island diner on May 3, 1987 in a shooting with the 50 Boys crew. The man they called The Beast was shot in the confrontation as well, taking four bullets in the back while he held his dying brother in his arms.

The war was on and raging for the next two years.

Big Meech and Southwest T, according to sources and police reports, “inherited” the beef with Layton Simon from E.D. Boyd. Simon and the Flenorys had an altercation at a boxing match in Las Vegas in June 1989, with Big Meech and Simon going toe-to-toe on the floor of the Caesar’s Palace sportsbook, according to sources. Three weeks later, Big Meech and Simon attended a sit down mediated by an old-school street figure from the Southwest Side named Robert (OG Bobby) Thornton, however nothing was resolved.

Then, it all came to a head that August. Simon found Big Meech on 10th Street. According to first-hand accounts, on the afternoon of August 14, 1989, Simon got into a van where Big Meech was at the wheel and unloaded an Uzi sub-machine gun clip into the soon-to-be BMF boss. With Big Meech clinging to life at the hospital, Simon went on the lamb to New York City. When Big Meech pulled through and was discharged from intensive care, he split, leaving his interests in the city’s drug industry in his brother Southwest T’s hands. They co-founded BMF less than a year later.

Big Meech is scheduled to be released from prison in October 2026. Southwest T got out in May 2020.

Simon was portrayed as “Lamar Silas” on the Starz cable network’s Black Mafia Family television series produced by 50 Cent. He is 64 today.