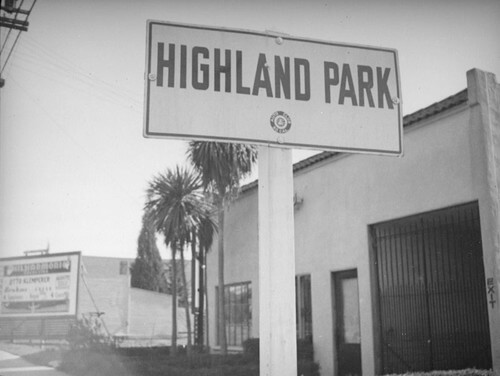 December 21, 2021 — Well-known Detroit mob associate Anthony (Shrieky) Thomas was murdered in the summer of 1980 in a gangland hit that never received a single media headline nor has ever been solved. This “lost” Detroit mob hit was recently discovered by The Gangster Report based on a series of explosive interviews with people on both sides of the law who had first hand knowledge of Thomas’ slaying and the truncated investigation into it that followed over 40 years ago.

The 63-year old Thomas served as a longtime driver, bodyguard and enforcer for Detroit mafia caporegime Vito (Billy Jack) Giacalone. He was found beaten to death in a Highland Park, Michigan trash dumpster on August 12, 1980. At the time of his murder, Thomas was a suspect in at least three mob murders himself. In 1936, as a young 21-year old hoodlum Thomas was found guilty of second degree murder and served a decade behind bars before emerging from prison and becoming a right-hand man of Giacalone’s, doing a good portion of his collections, liaisoning for him with other Motor City wiseguys and helping him run his gambling and shakedown rackets.

Per Highland Park Police Department records and Wayne County Organized Crime Task Force internal memos, legendary Motown business man and convicted underworld figure Norm (King Hulk) Dabish was considered the No. 1 suspect in Thomas’ killing in the short-lived probe by HP PD & the Detroit office of the FBI, but never faced charges. According to sources, Giacalone sanctioned the murder of his one-time confidant, Thomas, who had began abusing drugs, using the Giacalone crew name in narcotics ripoff scams he wasn’t sharing profits from and acting belligerent in his street affairs.

Giacalone died of natural causes in 2012, with the FBI linking him to dozens of homicides in his long career as a major player in the Tocco-Zerilli crime family, including the mythology-steeped 1975 disappearance and murder of Teamster boss Jimmy Hoffa. The community of Highland Park is a city within a city located in Detroit’s “North End” neighborh

Thomas and Dabish were of Middle Eastern descent: Thomas was Lebanese. Dabish’s family was from Iraq. The pair allegedly fell out over a drug deal gone bad, per an informant referenced in the HP PD case jacket. The Detroit area is home to the biggest population of Middle-Easterners in North America. Many of the city’s Iraqi population settled in Highland Park in the late 1960s and early 1970s after fleeing the Ba’ath Party’s takeover of their homeland.

The broad-shouldered and notoriously ferocious Dabish founded the Powerhouse Gym franchise in 1975 out of Highland Park with aid from his father and little brother and grew it into one of the premier names in the fitness industry with 300 gyms located across 15 countries worldwide. He won weightlifting and bodybuilding competitions around the nation and earned a black belt in Karate. The original Powerhouse Gym remains open in Highland Park today. When police found Shrieky Thomas in a blood-soaked trash bin, his head and face appeared to have been bludgeoned by a barbell, according to the Wayne County Coroner’s report.

Per Dabish’s FBI and DEA files, he also maintained king-sized status in the Southeastern Michigan underworld. The reputed Sergeant at Arms of The Highwaymen Motorcycle Club during his 20s, Dabish played a major role in the birth of the so-called “Iraq Mafia,” a loosely-connected organization of Iraqi-Christian con men, racketeers and drug bosses that went from a small clique of wannabe gangsters on the Northwest side of Detroit to a massively-influential, multi-National crime syndicate with outposts in California, Chicago, Arizona and Nevada, as well as cells operating overseas. The Highwaymen MC is the oldest and largest outlaw biker gang in Michigan.

Dabish was a rare breed, able to effortlessly and efficiently shift between the corporate world and the gangland sphere simultaneously, while engendering fear, love and respect throughout the nation, according to people who knew him personally and members of law enforcement that tracked his every move. He was convicted in federal court of extortion in 1982 and did two and a half years in prison. His life was cut short due to a heart condition in October 2005 at the age of 46.