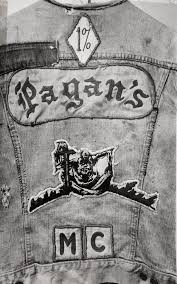 An uptick in violence in the Jersey biker scene the past few years can be traced back to the launching of the Pagan’s Blue Wave mandate, an expansion effort aimed at growing the Pagan’s MC brand nationwide but starting in the Garden State. Since 2018, multiple assaults and shootings have been linked to the battle for biker supremacy in New Jersey between the Pagan’s and the Hells Angels.

ATF agents executed a search warrant at Aquino’s Elizabeth residence on November 5, 2020 and found 40 rounds of ammo and 50 grams of cocaine. Ortiz’s home in Jersey City was raided on November 17 and DEA agents discovered 300 grams of meth and a loaded pistol. Both Ortiz and Aquino face anywhere between 5 years to life in prison if convicted of the offenses charged Friday out of the U.S. Attorneys Newark office.