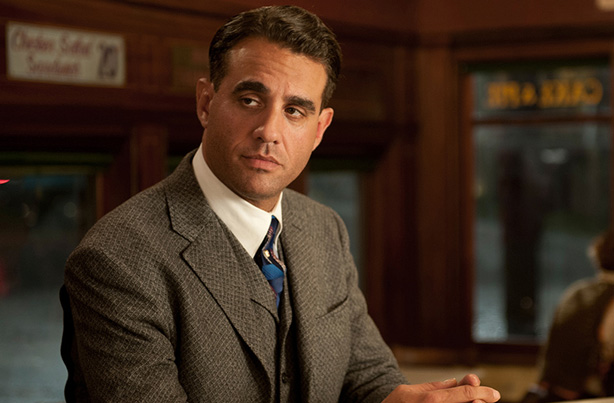 Multiple-Emmy Award-winner Bobby Cannavale is playing storied Philadelphia mob captain Felix (Skinny Razor) DiTullio in Martin Scorsese’s highly-anticipated upcoming film,The Irishman, based on the relationship between slain labor union boss Jimmy Hoffa and east coast hitman Frank (The Irishman) Sheeran. DiTullio was famous in east coast gangland circles for dressing to the nines, dating actresses (Kim Novak), getting name-checked in popular music of his day (Louie Prima) and being an expert at rubbing out his enemies.

Cannavale won an Emmy for his work on HBO’s critically-acclaimed show Boardwalk Empire, which had its pilot directed by Scorsese in 2010. Philly.com and the mob blog Cosanostranews.com were the first to report the casting, combatting original on-line reports that Cannavale was slated to portray slain New York mob figure Joseph (Crazy Joe) Gallo in the movie starring Robert DeNiro as Sheeran and Al Pacino as Hoffa. Sheeran dubiously claims to have killed both Hoffa and Gallo, although historians and the FBI doubt the boast to be true.

Hoffa, the former president of the goliath Teamsters union, disappeared from a suburban Detroit restaurant parking lot in July 1975. Gallo, a powerful rogue mob captain, was gunned down in New York City’s Little Italy on his birthday in April 1972.

The Irishman is based on the 2004 best-selling book I Heard You Paint Houses penned by author Charlie Brandt about Sheeran’s life. Sheeran allegedly confessed to Brandt about his role in the iconic never-solved murders in his final months of life in 2003. Being produced on a $125,000,000 budget, the film will be released by Netflix later this year or in early 2019.

Skinny Razor DiTullio is a legend in Philly mob lore. He mentored future Godfathers and could reportedly kill with ease, although he was never convicted of any homicides. Getting his start as a bootlegger in the late 1920s and early 1930s, he climbed the South Philly and Atlantic City underworld ladder as a collector and shakedown artist. Per federal files, DiTullio was one of the first local mobsters to begin extorting exclusively gay establishments.

Headquartered out of the still-standing Friendly Lounge in South Philly, DiTullio groomed mafia dons Nicodemo (Little Nicky) Scarfo and Ralph Natale in their early days, teaching them the ins and outs of the mob before succumbing to his own death of natural causes at just 60 years old in 1966. FBI records depict DiTullio as a feared and respected mob captain and loan shark who worked as then-Philly mob boss Angelo Bruno’s top muscle and main assassin.

Sheeran, who ran a Teamsters outlet in Delaware, reported to Bruno and Northeast Pennsylvania don Russell Bufalino. Frequent Scorsese collaborators Harvey Keitel and Joe Pesci are cast as Bruno and Bufalino, respectively, in The Irishman. Bruno was assassinated in 1980. Scarfo ran the Philly mob in the wake of Bruno’s assassination until he was locked up later in the decade. Natale oversaw the crime syndicate in the mid-to-late 1990s prior to turning informant for the government.