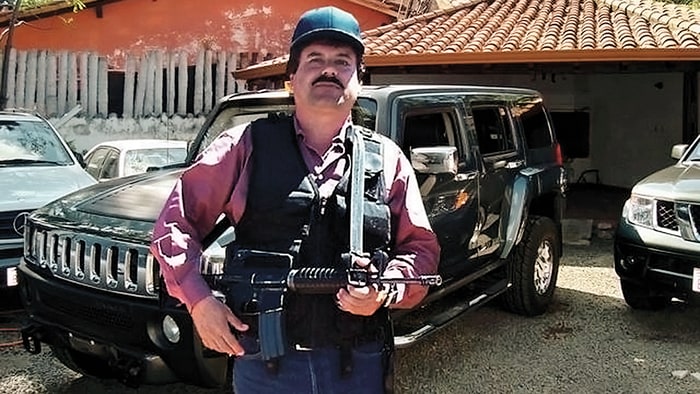 The downfall of Joaquin (El Chapo) Guzman, the world’s biggest drug lord in modern history, can ultimately be traced to his relationship with the young, savvy and industrious Flores brothers in Chicago, his main wholesale supply dispensers in the United State during the 2000s. Pedro (Little Pete) Flores and Margarito (Junior) Flores, identical 34-year-old twins from Chicago’s Little Village neighborhood, rapidly ascended up the food chain of the international narcotics trade and by the time they were in their early 20s they were working directly for the iconic and notoriously lethal El Chapo, the leader of Mexico’s ruthless Sinaloa Cartel, and flooding the streets of America with thousands kilos of cocaine and heroin a month.

In 2008, the Flores brothers cut a deal with the U.S. government and began cooperating with authorities in building a case against the infamous narco czar. Over the next year, they recorded 70 phone calls with El Chapo and his top lieutenants. After a number of escapes, El Chapo was finally taken back into custody by Mexican police in January 2016. He was extradited to New York three months ago where he pled not guilty to charges of racketeering and drug trafficking in federal court. The Flores’ are in a witness protection unit doing 14-year prison sentences. They will be the prosecution’s star witnesses at El Chapo’s trial.

Below are transcripts from two phone calls documenting incriminating conversations between El Chapo and Little Pete Flores where the two discuss drugs, money and product quality.

El Chapo – Hey, how are you my friend?

Pedro Flores – What’s up, how are you?

El Chapo – Good, good. It’s nice to talk to you. How is your brother?

Pedro Flores – Everyone is fine. It’s too bad I wasn’t able to see you the other day (with my brother)

Pedro Flores – Yes, of course. Everything is perfect. It’s always nice talking to you. Hey, look, I’m bothering you because of what I picked up the other day from over there. I have the check ready….but I want to ask you for a favor.

Pedro Flores – Do you think we can work something out where we deduct five (thousand dollars per kilo)?

El Chapo – What did we agree on before?

El Chapo – How much are you going to pay?

Pedro Flores – Well, if you agree, I’ll pay 50 for them. The check’s ready to go

El Chapo – Do you have the money now?

Pedro Flores – If you give them to me with the difference of five, I can pay right away. And if you want to send me more….

El Chapo – Alright, how much did they give you already?

El Chapo – How much did you say?

El Chapo – That price is fine

Pedro Flores – Okay, I really appreciate it. It’s because the other guy gave me something that didn’t turn out so good and I have to even it out on our end

El Chapo – Do you have a way of getting that money over here (to Mexico)?

Pedro Flores – Over there? Yes, of course

El Chapo – Ok, so you’ll give it to me over here then?

El Chapo – Look, hold on, I’m going to talk to someone right now. There might be someone who can pick that money up over there (in the United States). Hold on, I’ll call you back.

Pedro Flores – I just have three left (3 kilos remaining to sell). When do you think we can receive something again?

El Chapo – What the fuck? I thought that’s all you could get rid of right now, that little bit we gave you?

Pedro Flores – The truth is we’re doing pretty well, why should I lie?

El Chapo – How much can you get rid of in a month?

Pedro Flores – If you want, if it’s the same amount we talked about the other day, around 40

El Chapo – Oh, that’s good. Has anyone else being sending you stuff? Because that guy told me they were sending you those things

Pedro Flores – Yes, but what they sent wasn’t good. It doesn’t compare to what you have.

Pedro Flores – Do you think they might have an extra seven (kilos) they can give me?

El Chapo – Yes, I’ll add seven (to the order) and I’ll send it to you this week.

Pedro Flores – Okay, please, sir. Thanks a lot, my friend.