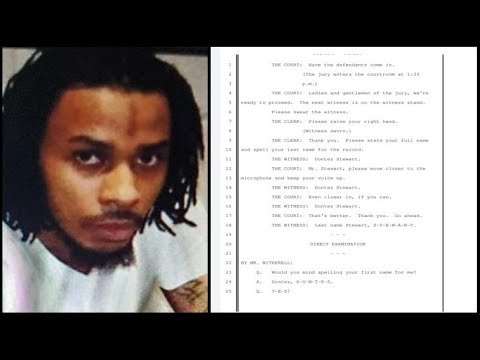 August 14, 2021 – Imprisoned Philadelphia rap mogul and crime lord Abdul (AR-Ab) West ordered the murder of drug dealer Robbie (The Bull) Johnson and then spit lyrics about the hit in the days that followed, according to the federal government. Johnson, 28, was slain four years ago.

The 38-year old West has never been charged in the Johnson homicide, but is serving a 45-year prison sentence for racketeering and narcotics trafficking. West founded and oversaw the Original Block Hustlaz crew in North Philly. His main enforcer, Dontez (The Tazmanian Devil) Stewart, admitted to killing Johnson on West’s orders and was the star witness at West’s 2019 trial.

Johnson was slain in the early morning hours of of October 14, 2017 behind the wheel of his Nissan SUV. West is alleged to have put a contract on Johnson’s head for him being disloyal to the “OBH” organization and doing business with other local drug crews

“Taz” Stewart testified to texting another OBH member and triggerman, “Time to smoke the Bull,” in the minutes that preceded Johnson’s execution. Johnson was lured from the Vanity Grand strip club to a purported drug deal by Stewart, when in fact it was an ambush.

According to his testimony, Stewart was paid $10,000 in drugs for the wet work delivered. In the minutes after fleeing the scene of the crime, Stewart texted AR-Ab, “Touchdown.”

AB-Ar wrote rap lyrics the afternoon of the murder on his IPhone, referencing the Johnson hit, according to the feds. The lyrics, “I call Taz and tell him bring that nigga head to me,” made their way onto a song posted to AR-Ab’s social media accounts on October 18, just four days after Johnson was killed.

Stewart was introduced to AR-Ab by AR-Ab’s fellow OBH rapper and music label co-founder Charles (Dark Lo) Salley in around 2015. Dark Lo was recently sentenced to eight years in federal prison for threatening Taz Stewart via a hand written letter the day prior to his testimony at the AR-Ab trial. AR-Ab and Dark Lo were the two biggest underground rappers in the Philly hip hop scene at the time of the OBH bust, referring to themselves as the city’s “Top Goons.”