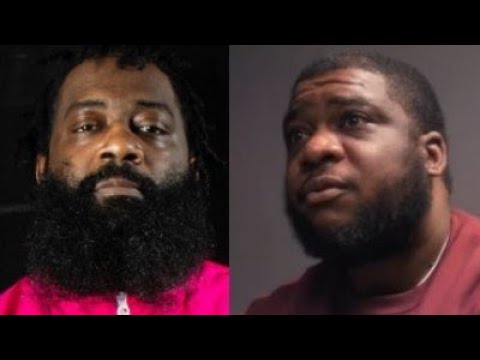 August 11, 2021 – Philadelphia rapper and music label boss Charles (Dark Lo) Salley was sentenced to seven and a half years in prison by U.S. District Court Judge Mark Kearney for witness intimidation last week. He joins his partner-in-crime, so to speak, AR-Ab.

According to FBI records, AR-Ab and Dark Low sometimes went by the aliases, Sam Christian and Ron Harvey, a reference to the Philadelphia Black Mafia’s co-founders, on the street and in their on-stage personas. Dark Lo admitted to sending turncoat OBH enforcer Dontez (The Tazmanian Devil) Stewart a letter threatening him on the eve of his testimony at AR-Ab’s 2019 drug and racketeering trial. The letter to Stewart warns that he might get stabbed and his wife raped, if he took the witness stand, and is signed, “Ron Harvey.”

AR-Ab was slapped with a 45-year federal prison sentence in April He had once been inked with Southern Rap bling kings, Cash Money Records out of New Orleans. Philly rappers Cassidy and Freeway helped mentor Dark Low and AR-Ab in the music game.

Authorities in Philadelphia believe the 43-year old AR-Ab ordered the 2017 gangland slaying of former OBH affiliate, Robbie (The Bull) Johnson. One of the hit men in the Johnson murder was Taz Stewart, who said AR-Ab placed the murder contract on Johnson’s head for his bad-mouthing of the OBH crew and doing business with rivals.

On the night of October 14, 2017, Johnson was killed by Stewart and an OBH member known as, “OBH Berto,” according to Stewart’s 302 debriefing documents. AR-Ab’s IPhone showed rap lyrics referencing Johnson’s execution being penned in his smart phone’s “notes” app just hours after Johnson was shot to death.