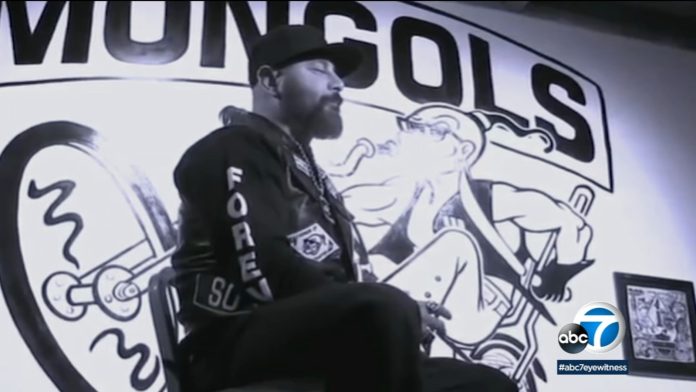 September 12, 2022 — A federal judge in California intends on getting to the bottom of the much-speculated upon “Little Dave” situation inside Mongol Nation once and for all.

The Mongols MC was founded in Montebello, California in 1969 and is said to have more than 2,000 fully patched members nationwide. Santillan, 52, allegedly maintained ties to at least one ATF agent and Montebello police officer Chris Cervantes during his 14-year run atop the club’s hierarchy.

The club is seeking a new trial because they claim that Little Dave Santillan, the club’s then national president, was simultaneously cooperating with prosecutors at the club’s 2018 racketeering and drug trial, acting as a confidential informant for the ATF and obstructing their defense in fighting the case. Little Dave rose to become overall boss of the club in around 2008, according to court f

Santillan was recently booted from the club after a 2021 video recording of Santillan and his wife Annie on the phone — in which Santillan appears to out himself as a CI for ATF agent John Ciccone in a drunken, despondent rant trying to win her back following him being caught cheating with another woman –, surfaced. Annie Santillan admittedly took the videotape to the Mongols in a fit of rage.

“John told me I have one year, one year. He’s retiring. After one more year, he’s gone and he can’t protect me anymore. So, (you and me), we need an exit strategy,” Little Dave is seen and heard telling Annie.

Little Dave Santillan claims the conversation was taken out of context. He has since reconciled with his wife and testified at a hearing back in the summer., refuting the CI allegations.

Defense attorneys for the Mongols say Santillan blocked them from calling John Ciccone as a witness at the trial on behalf of their clients. Ciccone has signed an affidavit denying Santillan was his CI.