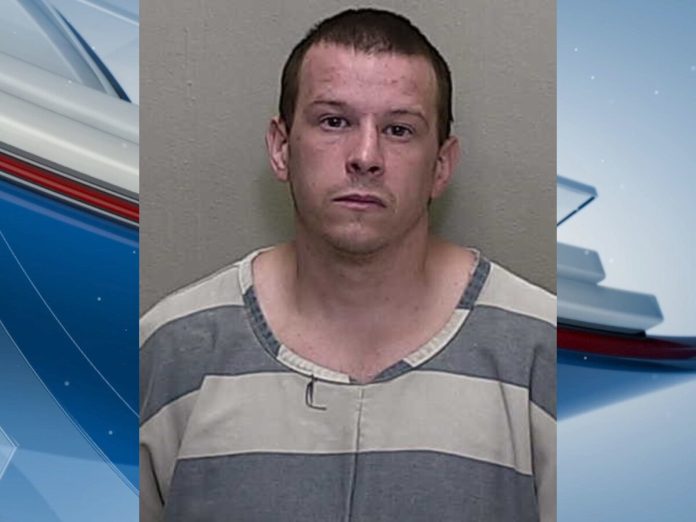 September 11, 2022 — Sean McKinnon was taken into federal custody this past week amid his public pleas for sympathy and denial of any wrongdoing in the 2018 prison murder of disgraced Boston Irish mob boss James (Whitey) Bulger, outed as a longtime confidential informant for FBI by the Boston Globe and then court records. He did interview with a number of media outlets, including NBC News.

The 36-year old McKinnon is alleged to have acted as a lookout for Massachusetts organized crime figures Freddy Geas and Paul (Little Paulie) DeCologero when the pair went into Bulger’s cell at West Virginia’s USP Hazelton and beat him to death with padlocks attached to belts in the early morning of October 30, 2018, just hours after Bulger arrived on the compound from a protection unit in Florida. McKinnon was overheard discussing Bulger’s pending arrival on a prison phone with his mother the day before Bulger was slain.

Unconnected in any way to organized crime in New England, McKinnon, a New Hampshire native, was serving time on a weapons charge (caught selling a gun for drugs) and just happened to be cellmates with Geas, a notorious Springfield mob hit man with an axe to grind against Bulger. Geas’ former prison cell mate and close friend Freddy Weichel was framed for a 1981 murder that left Weichel wrongfully incarcerated for three decades.

“I’m a little fish in this sea……I’m an innocent man caught up in the wrong stuff,” McKinnon told NBC News last week. “I don’t know anything. I wasn’t part of anything they (Freddy and Paul) were doing that morning.”

On the afternoon of October 29, 2018, prison authorities intercepted a conversation between McKinnon and his mother where McKinnon’s mother warned him to stay away from Bulger when he arrived at USP Hazelton, a notoriously rough prison facility populated with large portions of hardened East Coast and New England criminals. Prosecutors interpreted parts of the conversation as McKinnon informing his mom that he couldn’t stay away from the Bulger situation due to his cellmate being Geas.

Bulger, 89, got to the prison five hours after the call between McKinnon and his mother was taped. He was bludgeoned by Geas and DeCalogero at around 6:00 a.m. the next morning, as McKinnon appeared to be watching television with close to a dozen other inmates after breakfast in a common area outside Bulger

Prison security-video footage shows Geas and DeCologero entering and exiting Bulger’s cell around the time of his killing and McKinnon sitting at a recreation table outside the cell in what prosecutors describe as pulling lookout duty. McKinnon is also being charged with lying to investigators in recounting the events that transpired on the morning of Bulger’s murder.

Whitey Bulger ruled Boston’s Irish underworld from the early 1970s until his indictment in 1995 when he took off and lived as a fugitive of justice for 16 years. Bulger’s status as a rat was confirmed in court documents and indictments of federal agents while he was on the run. Finally detained living in Los Angeles in the spring of 2011, Bulger was found guilty of multiple gangland homicides at trial and sentenced to life behind bars.

Geas, 55, and DeCologero, 48, are both already serving prison time for homicides. Bulger’s eyes were gouged out after he was murdered.

McKinnon was released to a halfway house in Ocala, Florida back in February and was working a construction job when the case dropped two weeks ago and he was arrested on his way to visit his parole officer. U.S. Marshals took possession of McKinnon last Tuesday. All three co-defendants have pleaded not guilty to the charges.

The Greek Geas was an enforcer for the Italian mafia in Springfield in the late 1990s and 2000s. The Springfield mob is the Western Massachusetts wing of New York’s Genovese crime family. Along with his brother, Ty, he was convicted in the 2003 gangland murders of Springfield mob skipper Adolfo (Big Al) Bruno drug-dealing mob associate Gary Westerman to death. Bruno ran afoul of his superiors in New York and Westerman was found out to be an informant for the state police.

DeCologero, 48, was a member of his uncle, “Big Paulie” DeCologero’s mob crew on Boston’s North Shore. He was found guilty of murdering a teenage girl in 1996 that he and his crew felt was going to talk to the feds as well as heroin and steroid trafficking linked to activity out of his uncle’s gym in Woburn, Massachusetts. Before his recent indictment, Little Paulie had a projected 2026 release date.