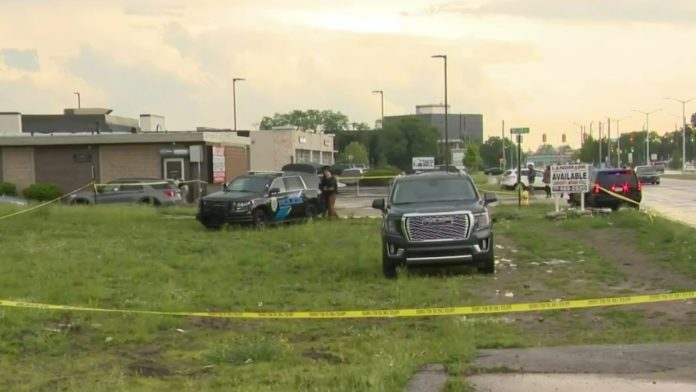 September 16, 2022 — Motown’s jeweler to the stars, Dan (Hutch the Jeweler) Hutchinson murder was ordered by an attorney in a plan to steal his estate via a fraudulently drafted will, according to sources and reports by Detroit’s Fox2 TV news. Federal investigators are looking into a car crash at the Hutchinson family jewelry store, Hutch’s Jewelers in Oak Park, Michigan earlier this was an intimidation tactic aimed at dissuading Hutchinson’s wife from cooperating with authorities.

The name of the attorney is not public. He is considered a person of interest in the murder case though and under heavy surveillance by police, per sources. The unnamed lawyer drafted a will for Hutchinson and had him sign it without knowing the lawyer had named himself the primary beneficiary.

Back on Monday, a four-door black sedan crashed into the side of Hutch’s Jewelers’ building. The air bags in the vehicle deployed.

Last week, prosecutors in Oakland County, Michigan charged two more men in the June 3 murder of Hutchinson in the parking lot of a pawn shop he owned less than a mile down the street from his jewelry store. Hutch the Jeweler was shot to death behind the wheel of his dark-colored GMC Yukon Denali SUV as he pulled out of his parking spot. Hutchinson’s wife Marissa was seated next to him when he was slain, but came out of the attack unscathed.

The day after the homicide, Detroiter “Precious Roy” Larry, the alleged triggerman, was indicted for first-degree murder. Larry was arrested near the scene of the crime. Darnell Larry, Precious Roy’s older brother, and Angelo Raptoplous, an employee of the attorney in question, were indicted in the case on September 5.

Darnell Larry lives in Detroit, and like his baby bro, has a history of drug busts. Raptoplous, 32, resides in suburban Commerce Township. The Larry brothers and Raptopoous each pleaded not guilty and are being held without bond before trial.

Over the past three decades, Hutch’s Jewelry Store has become known for outfitting Detroit’s rich and famous — most prominently, the area’s rapper and athlete crowd — in customed-made diamond-studded chains, Cartier eyeglasses, rings, bracelets and Olde English D pendants. The business was started by Hutchinson’s parents at Northland Mall in 1990. A number of out-of-state celebrities became dedicated customers of Hutch the Jeweler’s and often showed off his custom-made pieces on their social media accounts. Best-selling Miami rapper Rick Ross is one of the jewelry store’s most loyal patrons.