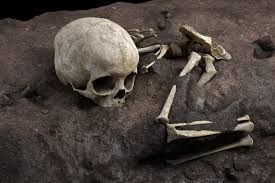 May 4, 2022 — The FBI in Las Vegas believes the body remains found in a barrel this past weekend beached off the shores of Lake Mead are of a Tony (The Ant) Spilotro murder victim, per sources in Nevada law enforcement. The barrel contained objects, clothes, shoes and paraphernalia from the early 1980s when Spilotro ruled the Vegas rackets on behalf of the Chicago mafia. Authorities in Nevada tie Tony the Ant to close to three dozen slayings between 1971 and 1986.

Spilotro himself was slain in a brutal mob execution alongside his little brother Michael in the summer of 1986, beaten, stomped and strangled to death inside a Chicago basement. The entire Spilotro mob reign on the Las Vegas Strip was recounted in the 1995 film Casino, directed by Martin Scorsese and starring Oscar-winner Joe Pesci in a character based on Tony the Ant.