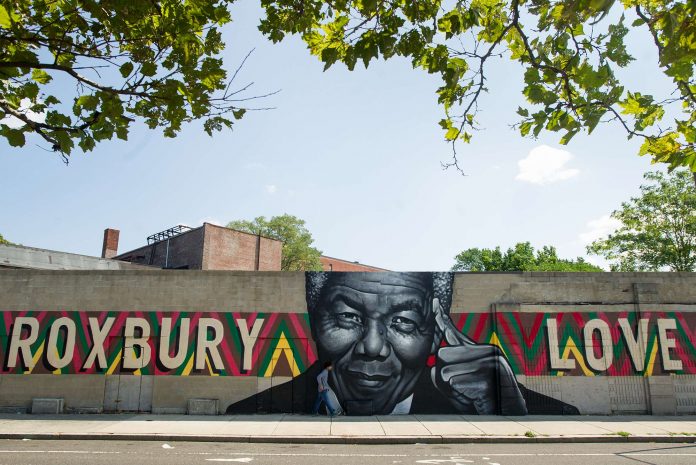 May 4, 2022 — With Boston’s Black mob on the ropes in late 1969, a pair of Detroiters came to town with visions of a takeover. Their plans were foiled fast, but not before feared Roxbury gangland figure Willie (Poison) Gray was killed and dumped in Franklin Park.

At least two FBI informants tied the takeover attempt to powers in the Detroit and New York Italian mafias pulling strings from a distance. Others claim the brash Detroiters were acting on their own accord. Either way, it was a crazy two months near the end of a crazy decade.

A collection of FBI, DEA and federal court records tell the story:

“Poison” Gray’s body was found in the early morning hours of September 30, 1969. He had been shot twice in the head. Gray was one of the top hit men and enforcers in the Boston underworld at the time, working for the Campbell brothers.

During the late 1960s and 1970s, Alvin (Duke) Campbell and Arnold (Little Arnie) Campbell ran the African-American rackets in Boston from the Sugar Shack Lounge in Roxbury with backing from the region’s Irish mob, commonly referred to as the Winter Hill Gang. “Poison” Gray and Dennis (Deke) Chandler served as the Campbells’ main muscle.

Roxbury is the area in Boston with the most concentrated population of Black people. The Sugar Shack was the premiere R&B music performance venue in the city in that era. The Campbells did prison time for bank robbery and became friends with iconic bad guy and double-agent, Winter Hill Gang boss James (Whitey) Bulger, behind bars.

Chandler and the Campbell brothers had just beaten a first-degree homicide case against them in relation to a notorious 1968 triple murder known locally as the “Blue Hill Avenue Massacre” and were under intense scrutiny by both the police and the press. The star witness in the case, a local pimp named Ron (Cadillac Ronnie) Hicks, who survived the attack, was killed in March 1969, laying the groundwork for the Campbells and Chandler’s acquittal at

According to one informant, the Detroit Italian mafia got word from the Colombo crime family in New York that the Roxbury rackets could be open for the taking and sent members of their “Murder Row” crew to Boston to try and get a foothold in the region’s drug, gambling and prostitution trades. Murder Row was the Detroit mob’s African-American wing. The Colombo mob and the Tocco-Zerilli crime family had ties cemented by marriage of sons of Detroit dons to daughters of the Colombo’s founding-family brass.

In the days after Labor Day 1969, McDonald met with Duke Campbell and Deke Chandler in the backroom at the Sugar Shack and was admonished for coming to town and attempting to push heroin and pimp several prominent Roxbury prostitutes on their turf. McDonald reportedly cursed Campbell and Chandler and left, yelling he wasn’t stopping his push into the area and that he was going to sell drugs “to your mommas and then put them out on the corner to work.”

On September 22, 1969, McDonald and Banno shot at Deke Chandler out in front of the Sugar Shack from a passing car and missed. Three days later, Banno was stabbed to death by Winter Hill Gang enforcer John Martorano in an alley outside the Sugar Shack. Martorano would later cop to both the Banno and Cadillac Ronnie Hicks slayings in future testimony against Bulger.

On September 29, McDonald and Usher retrieved a 32-caliber pistol and a shotgun from a New Hampshire farmhouse that Usher had been using as a hideaway. In the early morning hours of September 30, McDonald and Usher kidnapped Poison Gray at gunpoint from his Roxbury apartment, drove him to Franklin Park and executed him. McDonald shot him with the .32 and Usher finished him off with a shotgun blast. During the late evening of October 4, McDonald and Usher again shot at Deke Chandler in a drive-by and failed to hit their target.

The war was over quickly. The woman responsible for getting rid of the Willie Poison murder weapon failed in her duties.

Just three weeks later, a prostitute named Millie Perry popped off a round of that same .32 caliber pistol in a taxi cab in downtown Boston and was arrested. She flipped once police tied the weapon she was carrying and shot to the Poison Gray hit. Perry, who was with McDonald and Usher during the murder and spate of shootings, was the star witness at a 1970 trial concluding in convictions for both defendants in Massachusetts state court. McDonald and Usher were sentenced to life prison terms.

Deke Chandler was killed on his porch in 1977 in a fight over a woman. Usher’s younger half-brother Francis (Big Frank Nitti) Usher led the Murder Row crew in Detroit in the 1970s. The older Usher also went by Gregory Pickles, but has since converted to Islam and changed his name to Fardan Salahuddin — he was convicted of murdering a fellow inmate at MCI Cedar Junction in 1978.