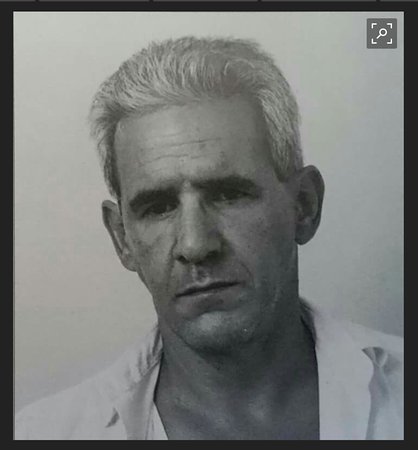 June 13, 2022 — The thread that could unravel the historic Operation Family Secrets investigation in Chicago might lie with the first murder charged in the case. Sources claim issues with the sweeping 2005 indictment and successful prosecutions two years later begin with the summer 1970 gangland slaying of Outfit loan shark Michael (Hambone) Albergo.

Turncoat Chicago mafia lieutenant Nick (Nicky Slim) Calabrese, the Family Secrets trial’s star witness, admitted to participating in the Albergo murder conspiracy, but failed to lead authorities to Albergo’s remains. The FBI searched for Albergo in 2003 in a dig conducted near Guaranteed Rate Field on the city’s Southside and came up empty. Today, Calabrese, 79, resides in the Witness Protection Program, the only “made” man in the Chicago mob to ever rat.

Some sources are skeptical of Calabrese’s role in the Hambone Albergo hit. He testified to watching his older brother, Southside Outfit enforcer Frank (Frankie Breeze) Calabrese strangle Albergo and then slit his throat. In the rest of the murders Nicky Calabrese copped to being involved in, he participated in the actual killing itself. One source says he can lead investigators to Albergo’s remains and engaged with authorities regarding a dig.

“Mikey Bones,” as he was called by friends, was a loan shark and collector for Chicago mob shot callers in the Cicero and Southside-Chinatown crews, respectively. The bald 43-year old behemoth had just been indicted in a federal juice-loan case when he went missing on August 11, 1970.

The Family Secrets Case was the biggest mob prosecution by the feds in the history of Chicago, charging 14 Outfit members, including an acting boss, a consigliere and two crew bosses, with a whopping 18 previously-unsolved gangland murders. The murders spanned from 1970 to 1986. Albergo’s murder was the coldest case of the bunch.

Strife in the Calabrese family led to the epic case being built from behind bars in the late 1990s and early 2000s, with Frankie Breeze’s son wiring up on his dad, who implicated his uncle, Nicky Slim, in a series of cold-case homicides. Frankie Breeze and his kid were locked up on racketeering charges in a federal correctional facility in Michigan, while Nicky Slim was imprisoned on the same conviction in Illinois. Frankie Breeze died in prison of cancer on Christma

Questions regarding the integrity of the 2005 case and slate of forthcoming convictions, surfaced in subsequent years when longtime Chicago mafia don John (Johnny No Nose) DiFronzo wasn’t indicted in the heavily-rumored yet never filed, Operation Family Secrets II. DiFronzo was implicated in taking part in mob hits during the 1970s and 1980s by Nick Calabrese in his debriefing and testimony. DiFronzo died of natural causes in the spring of 2018 at age 89.

Three years ago, the case’s most notorious co-defendant, Chicago mob consigliere, Joey (The Clown) Lombardo, petitioned the court to reconsider allowing an affidavit signed by an associate of Lombardo’s alleging a conflicting scenario to what was established as fact in prosecution of the 1974 homicide of government witness Danny Siefert as part of Family Secrets to be entered into the court record.

Lombardo died of throat cancer in October 2019, three months after penning a hand-written motion to the court claiming he was unaware of the assertion of Outfit associate and convicted felon Charles (Chuckie Wallace) Miceli that as a young boy he witnessed a dirty Chicago Police Department officer named Rick Madeja kill Seifert. Madeja was kicked off the police force in 1981 for selling guns and silencers on the black market and currently lives in Wisconsin.

Madeja’s 1981 case was prosecuted by former highly-decorated U.S. Attorney Mitch Mars, the star prosecutor in Family Secrets more than a quarter century later. Mars succumbed to a battle with lung cancer in 2008, months removed from earning the most prestigious courtroom victory of his career in flashbulb-infused Family Secrets.

Despite Judge James Zagel banning Miceli’s testimony before trial in 2007 on credibility concerns, several prosecutors and police officers have vouched for Miceli’s merit as a witness in other cases in writing. As lethal as he was colorful, Lombardo reportedly tried to put out a murder contract on Zagel’s heads from his North Carolina prison hospital room and lived out his final years in a 23-hour lockdown at the feds’ SuperMax prison in Florence, Colorado. Zagel retired from the bench in 2016 and was replaced by Steven Seeger, who currently has a pair of motions filed by Miceli sitting in front of him to decide.

Danny Siefert was gunned down in front of his wife and young son after deciding to testify against Lombardo in a federal fraud and racketeering case revolving around the Teamsters’ union pension fund and a New Mexico work pail manufacturing company. Lombardo’s fingerprint was found on a car-rental registration card for a vehicle used in the Seifert hit and remarked to an associate, “that Siefert motherfucker won’t be testifying against anyone now,” at a golf driving range on the morning following Seifert’s murder.

The charges against the famously-wisecracking Lombardo were dropped when Siefert was no longer available to take the stand. Lombardo served as one of Miceli’s father figures growing up in the 1970s during Joey the Clown’s first decade running the Chicago Outfit’s Westside-Grand Avenue crew’s rackets. In 1992, Lombardo got promoted to his consigliere post.