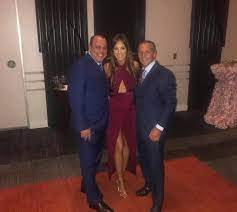 The suave 58-year old Handsome Stevie Mazzone, a veteran administrator in the Bruno-Scarfo crime family with a prior federal racketeering conviction, is expected to get a 5-year prison term when he sees the judge on June 30. He did almost a decade in the can in the 2000s after being found guilty at a 2021 trial of being the Bruno-Scarfo clan’s No. 2 man. Sonny Mazzone, who has no significant previous criminal record, should get a year and do most of his time in a halfway house at his hearing on June 22.

The elder Mazzone’s nephew via marriage, up-and-coming Philly mob capo Domenic (Baby Dom) Grande and his father-in-law, Joe Malone, were indicted in the case and have both copped pleas. Grande, 42, was sentenced to seven years in prison in the case. Like fun-loving Sonny Mazzone, 56, Baby Dom Grande, known as popular with the rank-and-file and industrious in regards to his ambitions to be a future leader in the crime family, had no prior major convictions on his police rap sheet. Grande’s conviction had drug-dealing counts, while the Mazzones avoided any narcotics-related charges.