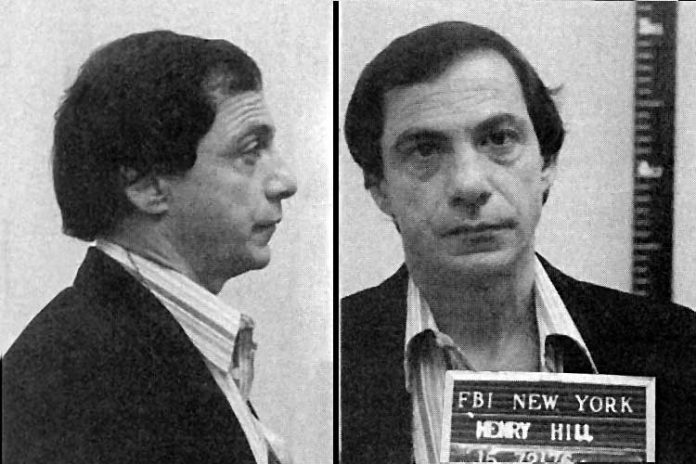 June 18, 2022 — The downfall of the Lucchese crime family’s “Goodfellas” crew can be traced back to a 19-year old New York drug dealer working for Henry Hill.

When Bobby Germaine, Jr. flipped in 1979 following a bust for pushing quaaludes to high school and college kids on Long Island, it was the beginning of the end for Hill and the entire Robert’s Louge Gang including its’ legendary leader, Irish mob associate James (Jimmy the Gent) Burke, and the Lucchese capo who groomed Hill as a gangster from his early days at a Brooklyn cabstand, Paul Vario. Germaine, Jr. was killed in 1980 on orders of Burke shortly before Hill became a government informant. Hill was recruited to participate in the hit, but declined under the belief that he would have been slain in the hit along with Germaine, Jr.

The entire ordeal is alluded to at the tail end of the acclaimed and seminal 1990 film, Goodfellas, where viewers see Hill, portrayed by Ray Liotta, decides to betray his mentors, Burke and Vario, played in brilliant performances by Robert DeNiro and Paul Sorvino, respectively, and enter his new life as a, “regular schnook” in the Witness Protection Program. Burke (called Jimmy Conway in the movie) summons Hill to a meeting at a diner and requests Hill join a hit team tasked with killing “the kid who ratted you”se all out.”&nbs

Bobby Germaine, Sr. was a professional thief and drug dealer connected to a Lucchese crime family faction headed by Christopher (Christie Tick) Furnari. In 1972, he was part of a robbery crew that pulled off the historic multi-million dollar heist at the Pierre Hotel in Manhattan. By the late 1970s, he had gravitated to Burke, Hill and the Robert’s Lounge Gang and was involved in cocaine and heroin deals coming out of Pittsburgh. Robert’s Lounge was located in Queens and served as Burke’s headquarters.

Through his father, Germaine, Jr. met Hill doing landscaping on his Rockville Centre home and began ferrying marijuana shipments for him up from Florida. The chubby, long-haired baby gangster peddled pills and cocaine at high school and college parties in Nassau County. Hill and his father were his suppliers. When he was nailed in an August 1979 sting distributing quaaludes and coke to undercover cops, Germaine, Jr. gave up Hill and his pops and the rest was history.

Fearing for his own life based on the Vario crew-wide edict of no drug dealing, Hill joined Team USA in May 1980 and testified against Vario, Burke and others at their 1982 federal drug and racketeering trial. Vario and Burke were both found guilty and died behind bars in 1988 and 1996, respectively.

Germaine, Jr. was shot to death in Kew Gardens, Queens on June 19, 1980, by Robert’s Lounge Gang hit man Angelo Sepe, who would be slain two years later himself. Hill died of natural causes in 2012 at age 69, years removed from being booted from the Witness Protection Program and after a number of stints back in prison for drug offenses. Sepe was portrayed in the Goodfellas film in a character called “Frankie Carbon,” played by The Godfather Part II alum Frank Silvero.