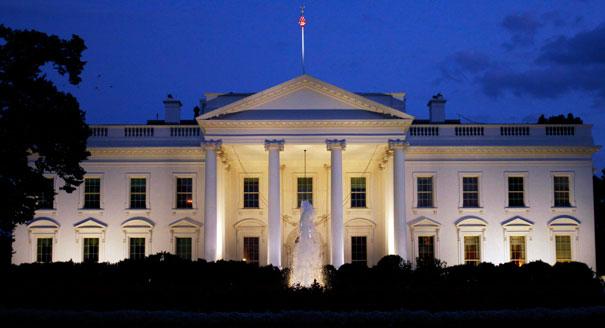 Rumored ties between the White House and the mafia date back to the JFK era and even beyond. Two potential future United States Presidents, both considered top candidates for the job in the 2016 Election, have, at the very least, tangential connections to the American mob. New Jersey Governor Chris Christie, an early Republican Party front-runner who threw his proverbial hat into the ring last week, has an uncle via marriage that was a high-ranking member of New York’s Genovese crime family and current U.S. Vice President Joe Biden, projected as a possible No. 1 choice for the Democrats come next summer’s convention, won his inaugural bid to the U.S. Senate in the early 1970s with a little, albeit unknowingly, strong-arm chicanery from the then-mobbed up Teamsters union.

Chris Christie & The Greek: Christie’s aunt was married to a brother of feared Genovese Family captain Tino (the Greek) Fiumara, who died in 2010 of pancreatic cancer. Fiumara, known as incredibly shrewd, handsome and deadly, was in charge of all Genovese rackets in the state of New Jersey until the day he died five years ago. The cherubic and charismatic Christie has admitted to a pair of meet-ups with Fiumara, one at a birthday party for his aunt and the other in a visit at a federal prison in 2000.

At the time of his death, Tino the Greek, also sometimes referred to as “Good-Looking T,” was a suspect in a dozen gangland homicides over his half-century career wreaking havoc on the streets, a list of murders most recently added to with the 2005 execution of a protégé of his and a series of slayings he was still being investigated for when he died on September 16, 2010 at 69.

Alleged to have been made into the mafia in the mid-1960s, by the mid-1970s he was heading a Genovese sub crew and on-call assassin squad called “The Fist.” Incarcerated in 1979 for racketeering, he served 15 years before being freed in 1994 and returning to increased responsibilities within the Genovese clan. The 1990s saw Fiumara promoted to the full-time capo of syndicate affairs in the Garden State.

Imprisoned again between 1999-2003 on parole violations, towards the end of his life he ran his crew using an intermediary, first Lawrence Ricci and then Michael (Mikey Cigars) Coppola. Fiumara and Coppola are the prime suspects in Ricci’s 2005 murder.

Ricci, 60, was Fiumara’s acting capo when Fiumara was away “at school

221; in the early 2000s. Investigators speculate he was slain for his refusal to take a plea deal in a labor-union racketeering case he was a co-defendant in. Coppola, already in prison on a murder conviction, is believed to have been the shooter in Ricci’s 2005 mob hit, with Fiumara thought to have been the one that gave the order at a time Christie had graduated from New Jersey’s U.S. Attorney to the Governor’s chair.

Per the indictment he was on trial for when he was killed, Ricci was Fiumara’s point man on the New Jersey waterfront, where his crew controlled the docks. Disappearing in October 2005, Ricci’s body wasn’t discovered until December 1. His corpse was found in the trunk of his car in the parking lot of a New Jersey restaurant. Ricci’s replacement as Fiumara’s soldier overseeing the waterfront, Stephen (Stevie Beach) Dipiero was busted, too.

Joe Biden & The Irishman: A native of Delaware, Biden, 72, will end his two-term run as Barack Obama’s VP in January 2017 when Obama leaves office. In November 1972, Biden became the sixth youngest person ever elected to a Senate seat by edging incumbent republican and former Delaware governor, J. Caleb Boggs, in dramatic comeback fashion. He trailed the Richard Nixon-backed Boggs by as many as 32 points in the polls in the months before Election Night, but rallied with a high-energy campaign that featured his attractive family and a vocalized desire to champion progressive causes and deviate from Boggs ‘politics-as-usual’ methods.

According to his own admission, deceased mafia associate and legendary organized labor goon Frank (the Irishman) Sheeran, the man who might have personally killed Jimmy Hoffa, blocked the delivery of newspapers in the Wilmington area on the day of the election preventing crucial Boggs campaign advertising spots from getting in front of hundreds of thousands of voters eyes prior to heading to the voting booths. Sheeran was president of the Teamsters in Delaware and the main muscle for Pennsylvania mob dons Russell Buffalino of Scranton and Angelo Bruno of Philadelphia in their labor union dealings. An admitted hit man and racketeer, Sheeran was the mafia’s go-to enforcer in the unions on the east coast throughout the 1960s and 70s.

The Delaware Teamsters supported Biden because of his pro-labor stance and a bunch of well-received talks he gave to the union rank-and-file in the stretch run of his campaign in the fall. Boggs’ public relations team took umbrage with some of the comments Biden made about his voting record and sought to state it for the record with a series of campaign ads in a paid-for insert in the two biggest Delaware newspapers, which happened to be owned by the same company, a company Sheeran had links to.

Coordinating with his moles at the paper (but without Biden’s knowledge), the Irishman organized an “informational picket” of both the papers’ staff for unfair labor practices and his Teamsters’ truck drivers honored the protest by not delivering the papers on the day before and the day of the election. Biden wound up winning by a mere 1.5 percent of the vote, less than 3,500 cast ballots.

The big and burly Sheeran worked directly for the mafia and took orders from only the Teamsters boss himself, infamous mob associate Jimmy Hoffa, who had built the Teamsters into the most powerful labor union in the world with the help of his friends in the underworld and was based out of Michigan. Hoffa gave up his presidency while in prison for bribery, fraud and jury tampering, however wanted it back upon his release to the chagrin of the mafia content with his successor, Frank Fitzsimmmons, Hoffa’s one-time vice president and someone considerably easier to puppet.

Hoffa’s refusal to back down from his plan to run for the president of the Teamsters resulted in his notoriously unsolved kidnapping and murder in the summer 1975. Sheeran (d. 2003) claimed in a book written about him that he was the man given the contract on Hoffa and pumped two bullets into the back of his head on the afternoon of July 30, 1975 at a northwest Detroit residence after luring his close friend and confidant to his slaughter promising to watch his back at a purported meeting with a menacing mobster (Genovese crime family capo Tony Provenzano) that Hoffa was feuding with. FBI agents working the Hoffa case today dismiss Sheeran’s boast, published in author Charlie Brandt’s 2004 book “I Heard You Paint Houses”, as untrue.