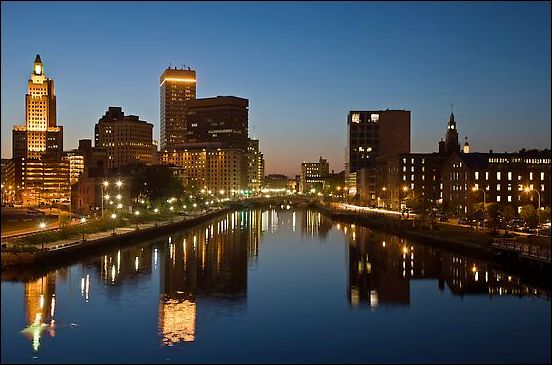 Reputed New England mob consigliere Anthony (Ponytail Tony) Parillo saw his best friend and gangland running buddy, tough-as-nails Irishman Dennis Roche, killed in late 1981, while Parillo himself was in prison. Minus Ponytail Tony by his side, Roche was left exposed to his enemies, which by the time of his death were rapidly gaining in numbers due to his boorish behavior and constant bragging about murders he had participated in.

Anthony (Porky) DeCiantis and Ricky Silva, a pair of then-aspiring Patriarca crime family enforcers, are believed to have carried out Roche’s slaying, per Rhode Island State Police records, in or around the Providence area. Porky DeCiantis is currently serving life behind bars after his conviction for the homicide in 1984. Silva was never indicted on the Roche case and is currently in prison on racketeering charges spawning from a bust eight years ago.

Roche admittedly killed Porky DeCiantis’ brother, Rocco, in 1978 and would constantly needle Porky about it and how he could be next. The year before, Roche and Tony Parillo clipped a drug dealer named Ronnie Leone and an innocent bystander that happened to be in the wrong place at the wrong time. Leone had ripped off Parillo and Roche on a previous narcotics transaction.

Parillo was away in prison for the Leone hit when Roche was executed on December 4, 1981. He is alleged to be the Patriarca Family’s consigliere, as well as reportedly a candidate for the “acting” boss position if Anthony (Spucky) Spagnolo is jailed on the extortion charges he’s facing. Last fall, Spagnolo was the seventh straight boss or acting boss of the New England mob to be indicted by the feds on racketeering-related offenses.

According to court files and state police documents, Porky DeCiantis, Ricky Silva and another unidentified man kidnapped Roche in broad daylight using DeCiantis’ car. An onlooker jotted down the vehicle’s license plate number. The following evening, Roche’s badly-battered corpse was found in a Providence trash dump. He had been shot, stabbed, beaten and repeatedly ran over by a car.

Just like Roche had done when he was alive, Porky DeCiantis had trouble keeping his mouth shut about his wet work. Three different witnesses at his June 1984 trial testified that DeCiantis boasted of he and Silva’s rubbing out of Roche and beamed with pride doing so.

Roche’s murder was unsanctioned and per FBI informants, if DeCiantis hadn’t been arrested for it, he would have been offed by New England mob brass for insubordination. Specifically, Patriarca soldiers, Vito (the Ox) DeLuca and Frank (Bobo) Marrapese, wanted Porky dead, for they were the ones that gave Roche the contract to kill Porky’s brother in the first place and thought Porky was more trouble than he was worth. DeCiantis was said to have worried for his safety in the months leading up to his indictment in the Roche hit, openly questioning if DeLuca was looking to harm him.

The 71-year old Vito DeLuca was imprisoned for three years in the 1990s on weapons charges. Bobo Marrapese, a partner with Vito DeLuca in a series of loansharking, sports gambling and shakedown operations, is one of the most feared men to ever walk the streets of Rhode Island. He’s serving time in the can for racketeering and has only been free on the outside world for three of the past 28 years.

Back in 2006, Ricky Silva was caught on FBI surveillance receiving an offer to carry out a murder contract placed on Bobby the Cigar DeLuca’s head by his bitter Providence underworld rival Anthony (Tony the Saint) St. Laurent, a then-capo in the New England mafia’s Rhode Island regime. Silva rejected the offer, refusing to take part in the killing of a made man without explicit, first-hand approval from the syndicate boss, at that time which was Luigi (Baby Shack) Manocchio, Parillo’s mentor in the world of the mob.

“You can’t kill a made guy and not have justification, fuck that shit, Tony, that’s playing with fire, man,” said Silva to St. Laurent. “Twenty thousand dollars aint worth a life bid or a bullet in the head.”

Manocchio, recently sprung from the joint on an extortion beef, retired in 2009, handing the reins of the aging and under-siege Patriarca empire to his then-consigliere Peter (the Crazy Horse) Limone based out of the Boston faction of the crime family. The Crazy Horse, 81, favors ruling by proxy, utilizing an “acting boss” as a buffer between him and the organization’s street level.

Ponytail Tony Parillo is a disciple of Manocchio’s, and plies his trade in the same Federal Hill neighborhood 87-year old Baby Shacks did for decades – Federal Hill is Providence’s Little Italy and the former home to the headquarters of Family namesake Raymond Patriarca, Sr. (d. 1984). Parillo, 63, runs his affairs out of his bar and restaurant, an establishment called Club 295.

Doing 12 years on his murder conviction, Ponytail Tony returned to Rhode Island in 1993 and went to work as a Teamster, getting jobs on multiple movie productions shooting in the New England area as a bodyguard for actors such as Alec Baldwin and Jim Carrey. In Parillo’s office at Club 295, per state police sources, he displays a photo of him and Roche snapped in the late 1970s.