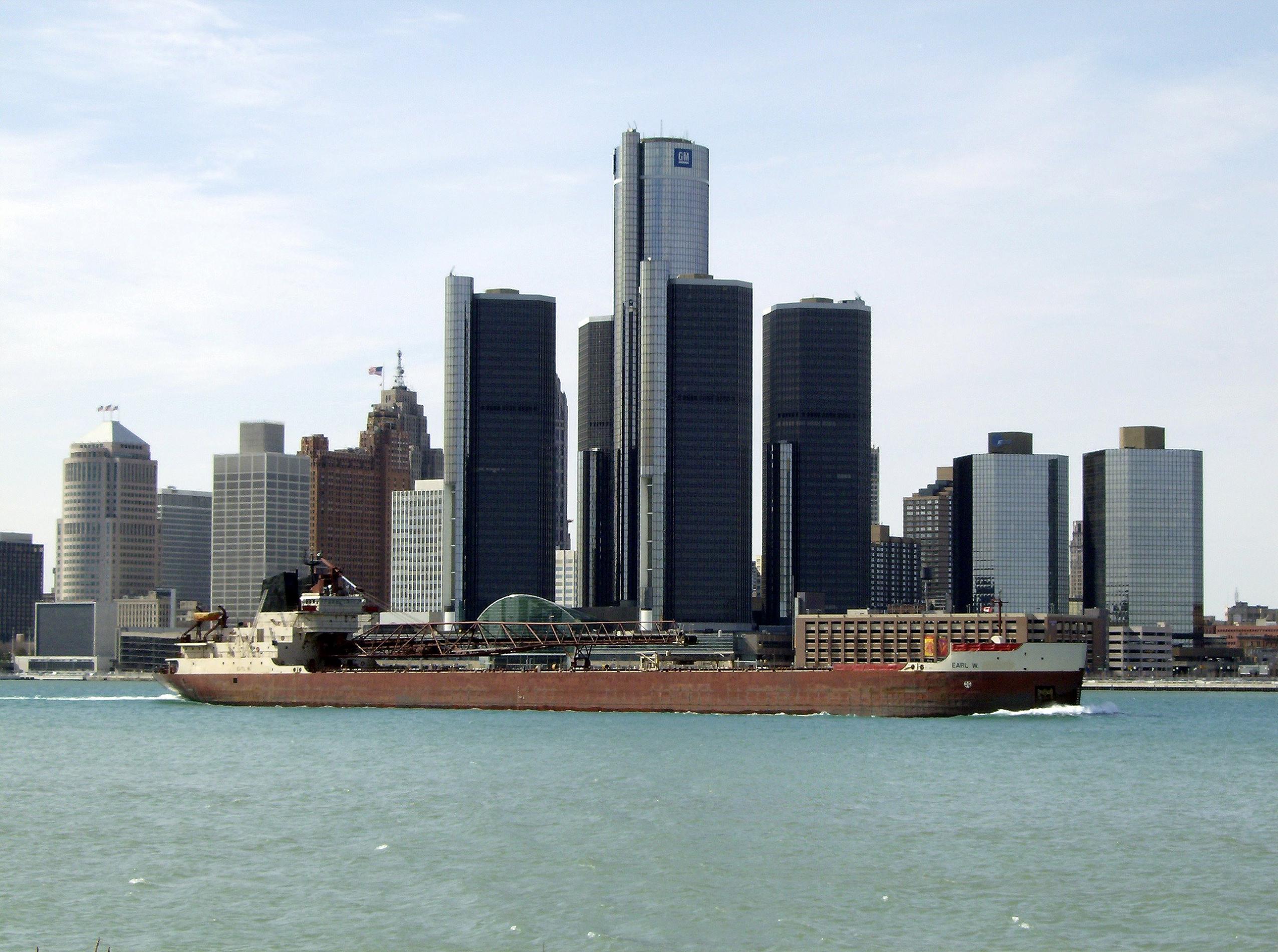 Longtime Detroit mob captain Dominic (Fats) Corrado died of a nagging heart ailment 30 years ago this week, laying the groundwork for the grisly gangland slaying of his brother-in-law and renegade Michigan Mafioso Peter (Fast Pete) Cavataio less than two weeks later in early July 1985. Fats Corrado was the eldest son of the crime family’s numbers kingpin, Pietro (Machine Gun Pete) Corrado, a beloved racketeer and feared Prohibition Era enforcer who married the sister of legendary Detroit don Joseph (Joe Uno) Zerilli and went on to lead one of the syndicate’s original crews until he died of a sudden heart attack in January 1957 while vacationing in Miami over the New Year’s holiday.

Collapsing from a massive coronary on New Year’s Day 1957, Machine Gun Pete died at 54. His equally-respected son and successor to his mob empire, Dominic, beat his father by a single year. He was 55 when he died in 1985 and passed the reins of the Corrado crew to his younger brother, the magnetic and super-sized Anthony (Tony the Bull) Corrado.

The moment Fats Corrado took his last breath on June 26, 1985, the notoriously reckless Pete Cavataio, a one-time up-and-comer in the Detroit underworld that had fallen out of favor with a number of fellow local goodfellas in the years before his vicious execution, but had always averted death because of his close friendship with Fats, was living on borrowed time. Unlike his recently-deceased sibling, Tony the Bull Corrado despised Cavataio and was fed up with his antics. After Fats Corrado dropped dead, he made sure Fast Pete, rumored to have stolen syndicate funds, racked up a sizeable personal gambling debt and engaged in romantic affairs with a slew of wives and girlfriends of imprisoned Michigan hoodlums, wasn’t far behind.

Fast Pete Cavataio was kidnapped and killed on the afternoon of July 8, 1985, snatched by baseball-bat wielding thugs in a van outside his Southfield apartment building, down the street from his newly-opened BBQ joint, and discovered the next morning in a Southwest Detroit garage, his body battered, tortured and shot in the head.

Nobody has ever been charged in Cavataio’s homicide, although an indictment loomed in the early 1990s when an area goon and possible-participant in the hit temporarily turned witness for the government before changing his mind and recanting his grand jury testimony.The torture was a result of his killers unsuccessfully trying to pry the whereabouts of a multi-million dollar stash of cash people believe he had access to out of him prior to murdering him.

“Tony the Bull wasn’t going to protect Cavataio the way Fats did, so everybody who wanted a piece of him bided their time until Dom Corrado died,” one former FBI agent recalled. “Then it was like a bunch of wolves coming out of their caves smelling fresh meat, the second Dom kicked, it was a race to Tony the Bull’s doorstep to get his permission to whack Pete Cavataio. He was a goner, he had nobody watching his back anymore. Plus, everybody knew he was sitting on a boatload of money hidden away somewhere. They all thought they could clip Pete and walk away with the dough. Well, they clipped him alright, beat him up bad, stabbed him with a hot blade all over, but he never gave up the cash.”

Cavataio was a mob prince like the Corrado boys. He was raised around the Corrado crew, his father, Dominic (Dom the Baker) Cavataio, being a top lieutenant in Machine Gun Pete’s inner-circle. The Corrado cre

w was headquartered, first under Machine Gun Pete himself at the Grecian Gardens Restaurant in the middle of Greektown (Detroit’s downtown entertainment district) and then under the leadership of Fats and Tony the Bull on the outskirts of Greektown at the St. Antoine Coffee Shop.

The Corrado brothers and Pete Cavataio each got their “button” (formally inducted into the mafia) at an early age – All in their 20s:Fats Corrado was made in 1951 at 21, Tony the Bull and Fast Pete four years later together in a late-1955 ceremony, per state police records, at 22 and 25 respectively.

To “make his bones,” Fats Corrado killed a knock-around guy from Greektown caught freelancing named Jack George, according to FBI documents, in 1950, with his father (Machine Gun Pete) and grandfather (Joe Zerilli) watching. After the rope he was strangling his victim with broke, Zerilli, per the FBI doc, walked over to his grandson and handed him a pistol to finish the job. The younger Corrado proceeded to shoot George in the back of the head. Following their respective fathers’ passings within five years of each other, Fats and Tony the Bull became well-liked capos and well-known earners while in stark contrast, Fast Pete floundered, never raising past the rank of soldier and consistently upset his superiors in the mob with his erratic and incorrigible behavior – his flagrant narcotics trafficking with former Purple Ganger Sammy (the Mustache) Norber of particular note at the end of his run .

The federal government estimated the post-Machine Gun Pete era Corrado crew was raking in almost 100 million dollars a year in illegal profits by June 1985 when Fats was felled by his faulty ticker. Cavataio just pissed people off. Fats had a soft spot for his brother-in-law and frequently got him out of jams. Tony the Bull didn’t feel the same way and after Fats died he cleared the path for Fast Pete’s assassination. Fast Pete Cavataio was the last “made” member of the Detroit mafia to be slain.

The U.S. Attorney’s Office is pretty confident they know, at least partially, what transpired and that the then-crew of Vito (Billy Jack) Giacalone was responsible for Cavataio’s death. Giacalone died in 2012, but his right-hand man, Frank (Frankie the Bomb) Bommarito remains alive and a prime suspect in the unsolved-slaying, as does reputed current Detroit mob boss Jack (Jackie the Kid) Giacalone, among others.

The FBI believes Billy Giacalone tasked Bommarito with organizing the hit. Jackie Giacalone, 65, got his button soon thereafter, in a February 1986 ceremony, per state police records. The 85-year old Bommarito was captain of the old Billy Jack crew up until three years ago. Another name to surface in the investigation was Outlaw Motorcycle Club President Harry (Taco) Bowman, in prison for life on murder and racketeering charges and a high-level Detroit mafia associate in his heyday as one of the world’s most powerful biker bosses. Bowman was a confidant of Bommarito’s.

As the U.S. Attorney’s Office prepared a RICO indictment featuring the Cavataio murder to levy against Billy Giacalone and his inner-circle, Pree recanted his testimony, claiming he lied at the behest of the FBI agents he was trying to help to wiggle out of his own pending 25-50 year sentence. Serving a little more than 20 years behind bars, Pree was released last fall. Cavataio’s arrest record included pinches for overseeing a food stamp scam, bookmaking, assault. At the time of his murder, Fast Pete was under indictment for bank fraud and under heavy investigation by the DEA for illicit drug activities.

Tony the Bull Corrado died in prison in 2002, in the midst of doing time on a racketeering conviction. His son Dominic (Chicago Dom) Corrado was caught up in a federal gambling case in 2006.

“Everybody loved Dom and the Bull, nobody could stand Pete Cavataio though, he was on thin ice from the second he took his oath (got made),” said one Motor City underworld old timer. “The Bull couldn’t talk about him without going into a rage. Dom and Tony were people persons, Pete wasn’t. He couldn’t get along with anybody and thought incorrectly that he was untouchable. I honestly don’t think he realized that Dom dying was putting him at dire risk. He wasn’t taking the kind of safety measures you’d think he should considering the circumstances. I heard somebody told him to leave town after Dom passed and he said they’re going to have to carry me out of this city in a bodybag. And that’s exactly what happened.”