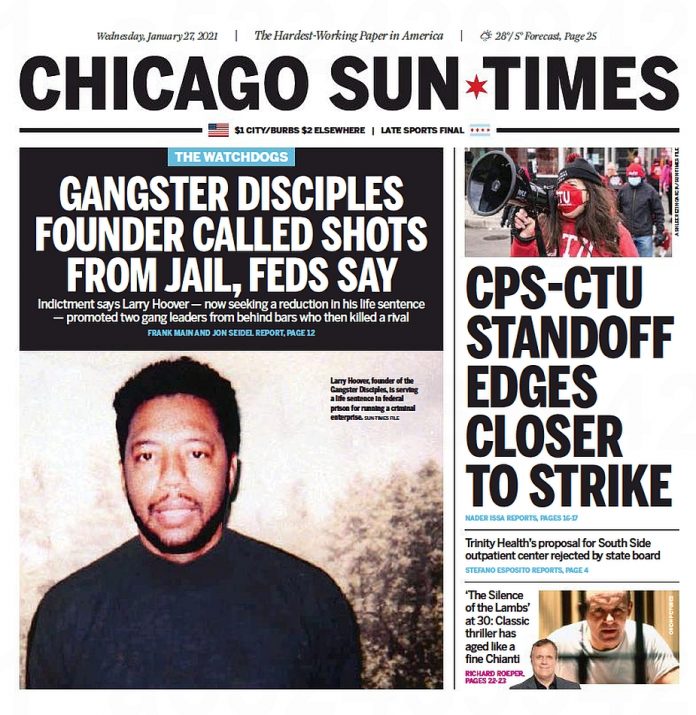 May 16, 2022 — Rap music impresario James Prince and hip-hop manager-producer turned influencer-personality Wack 100 are openly beefing over a recording of an exclusive interview with street gang legend Larry Hoover. The pair are going at it on social media, with Prince accusing Wack 100 of shady dealings with Hoover (incarcerated going on a half century) in relation to the interview and undermining the Gangster Disciples founder’s chance at freedom.

Prince, who pioneered Southern Rap in the 1980s with his Rap-A-Lot Records label out of Houston, is at the forefront to earn Hoover his release, along with fellow hip-hop luminaries Kanye West and Drake. Wack 100 possesses an interview Karen Chapman conducted with Hoover last year. Chapman’s interview was originally procured by the Hoover family, however, according to Prince, she and Wack 100 created a fraudulent contract assigning her all rights to the recording and are attempting to sell it without compensating Hoover or his camp. <

The 71-year old Hoover heads the Gangster Disciples today from his prison cell in Colorado, according to the federal government. Almost two dozen subpoenas from a sitting federal grand jury were issued for incorporated companies connected to Hoover, including his defense fund and several other community-enrichment centered businesses. The grand jury was first convened in 2020. Hoover is locked up 23 hours a had in his cell. Sources tell Gangster Report, the current set of subpoenas are part of a sprawling racketeering investigation into Hoover and GD affairs.

Last year, U.S. District Court Judge Harry Leinenweber denied Hoover’s motion for a sentence reduction on his 1996 federal drug conviction. He was incarcerated in 1973 on a state murder charge out of Illinois. Hoover ordered the murder of William (Pookie) Young for stealing from the Gangster Disciples. Authorities believe Hoover is the most powerful African-American crime boss in the United States.

Hoover’s GDs began on Chicago’s Southside in the late 1960s and has since expanded around the country. The DEA places the number of GDs across the nation at 25,000-30,000, representing 14 different states. GD co-founder David Barksdale died of kidney failure in 1974.