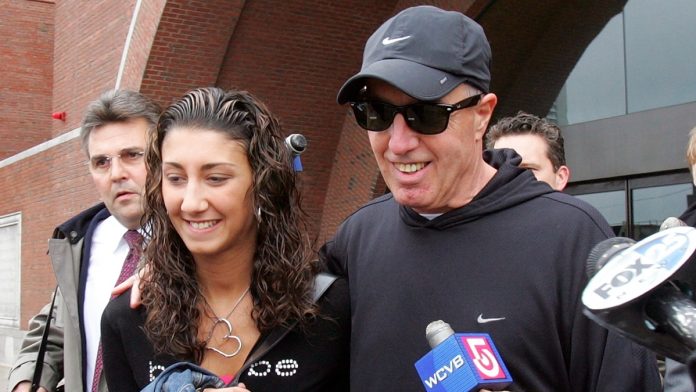 May 18, 2022 — The Massachusetts State Police believes Boston mob figure Vinnie (The Animal) Ferrara is running the show for the Patriarca crime family in Norfolk County, according to sources in law enforcement. The 73-year old Ferrara once ran Boston’s historic North End until he went to prison in 1990 for federal racketeering. Since his release in 2006, Ferrars has kept a low profile, claiming to be retired from his affairs in the mafia.

According to court records connected to a civil lawsuit filed by Ferrara seeking the return of nearly $300,000 confiscated by state authorities back in the fall of 2021, Ferrara is the target of an ongoing organized crime probe by state police. Last week, the case was dismissed on the grounds that he is at the center of a criminal investigation and the fact that he didn’t properly validate that the money was earned via legal means. Through his attorney Michael Natola, the $268,000 came from a real estate transaction he brokered, legal business endeavors and Social Security payments.<

A grand jury has been convened and is hearing testimony regarding Ferrara and other reputed New England organized crime figures, according to sources. Ferrara beat a bookmaking charge at trial in Norfolk County Superior Court in 2008.

Per FBI documents and federal court sentencing memos, Vinnie the Animal was “made” into the Patriarca crime family in 1983, sponsored by North End capo Donato (Smiling Danny) Angiulo, brother of longtime New England mafia underboss Jerry Angiulo. When the Angiulo brothers were nailed in a RICO case, Ferrara took the mantle of power as boss of the North End. Indicted in 1990 in his own large-scale racketeering case, Ferrara went on to plead guilty to ordering the October 28, 1985 gangland slaying of mob associate Jimmy Limoli, his driver and bodyguard, and a slew of racketeering counts.

In 2005, Ferrara had his guilty plea in the Limoli homicide wiped off the books because prosecutors never informed Ferrara’s lawyer that the witness they had telling them Ferrara gave the green light for the murder had recanted his prior testimony in front of the grand jury. Ferrara walked free six years early from a 22-year prison term due to the murder count being reversed on appeal.