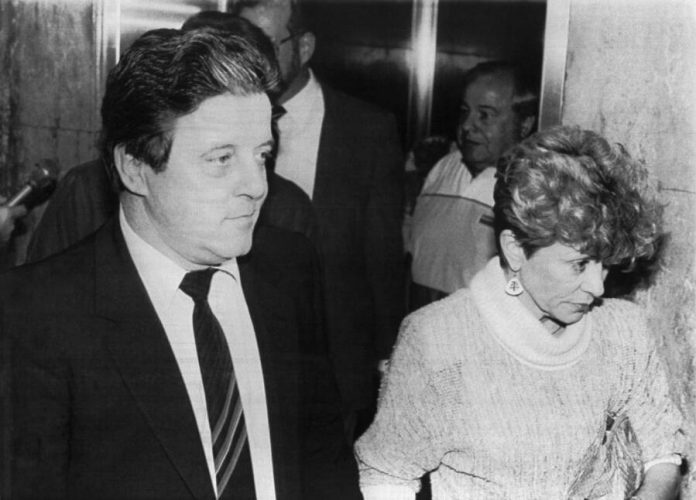 May 15, 2022 — Experts are speculating that the two bodies just found in Las Vegas’ Lake Mead are victims of former Chicago crime boss Tony (The Ant) Spilotro, the man who reeked-havoc on The Strip in the 1970s and 1980s until dying as a result of a brutal mob hit himself. Spilotro was sent to Vegas in 1971 by mafia dons in Chicago to look after the Midwest mob’s massive interest-slate in the city’s hotel and gaming industry.

Spilotro’s desert mob crew, sometimes referred to the “Hole In The Wall Gang,” was responsible for more than 25 gangland homicides. Some in law enforcement belief that pair of human remains recently discovered on the shores of Lake Mead belong to Chicago mafia associates Jay Vandermark and John (Johnny Pappas) Panagiotakos, who both went missing in the same three-week period back in the summer of 1976. Vandermark’s drug addled son was killed less than a year later.

Vandermark served as the mob’s “boots on the ground” in its casino skimming activities and was in charge of the count rooms at Outfit-run gambling palaces such as The Stardust, The Tropicana, The Fremont and The Hacienda. He disappeared on August 1, 1976 while being sought for questioning by the FBI. The feds had raided The Stardust that May. Days later Vandermark bolted town for Arizona, per Clark County Sheriffs Department records.

Vandermark’s official title was slot supervisor at The Stardust. The last public sighting of him last seen alive in Phoenix with members of the Spilotro’s Arizona crew. He’s believed to have been murdered to prevent him from giving up the mob’s casino-skimming racket to save himself and his junkie son, Jeff.

Vandermark’s name is changed to John Nance in the movie Casino. Nance was slain near a swimming pool in the script, a fact taken from a real mob hit committed by the Spilotro crew in subsequent years. Jerry Lisner was found dead floating in his swimming pool in 1979.

From almost the day he landed in Las Vegas in the 1960s, Pappas was deeply involved in Nevada Democratic Party politics. In the 1970s, Pappas was employed at a variety of casino-hotels, The Castaways, the Las Vegas Hilton and Caesar’s Palace, among them. By 1974, he was given the plum job of running the Echo Bay Resort, owned by mob-puppeted casino mogul Allen Glick.

On April 23, 1977, Jeff Vandermark is bludgeoned to death inside his Las Vegas apartment. The younger Vandermark’s addiction is referenced in the John Nance storyline in Casino.