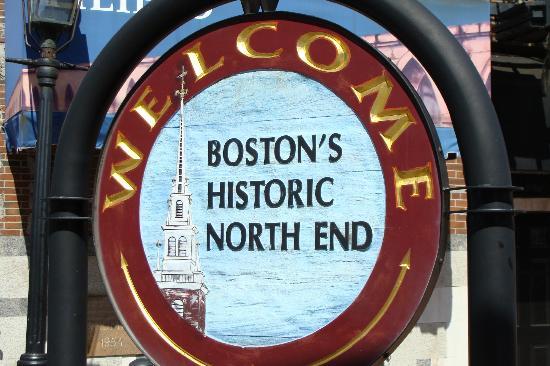 May 7, 2022 — Reputed Boston mob figure Vinnie (The Animal) Ferrara is back under the microscope these days, as state authorities in Massachusetts deep dive his finances, among other things, in an organized crime probe. This week, Ferrara, 73, filed a lawsuit in Suffolk Superior Court for the return of $268,000 seized by Massachusetts State Police from a pair of Ferrara’s bank accounts last September without giving a reason why.

Ferrara, who once ran the North End as a caporegime in the Patriarca crime family until he was busted in a 1990 RICO case, came out of prison in 2005 after a murder count from the case was thrown out of court. That murder count was related to the 1985 gangland homicide of Ferrara’s driver and friend, Jimmy Limoli, a crime Ferrara pleaded guilty to ordering under false pretenses.

The 25-year old Limoli was gunned down in Boston’s North End on October 28, 1985 for ripping off local mobsters in a series of cocaine deals. Limoli worked for Ferrara overseeing an illegal fireworks business and sometimes acting as Vinnie the Animal’s driver and bodyguard. That September, Limoli stole a bag containing $50,000 in cash and $100,000 in cocaine from then Boston mob soldier Anthony (Spucky) Spagnolo. It proved a fatal mistake.

Per court records, Limoli was called to meetings with Boston mob capo Sam (Sammy Granite) Granito and future Patriarca crime family boss Francis (Cadillac Frank) Salemme, home on a furlough from state prison, to account for his actions. Spagnolo would also eventually rise to boss of the organization. Limoli was in a beef with Cadillac Frank’s son at the time. On October 17, 1985, Limoli attended a sit-down in a North End alleyway with Ferrara, Spucky Spagnolo, Cadillac Frank Salemme, Francis (Frankie Boy) Salemme, Jr. and Donato (Smiling Danny) Angiulo.

Salemme, Jr. and Limoli were dating sisters and Limoli claimed he thought he was stealing from Salemme, Jr., not Spagnolo. Danny Angiulo was Ferrara’s mentor in the mob and a capo in the North End. Limoli refused to admit he lifted Spagnolo’s stash until Cadillac Frank let him know Frankie Boy’s girlfriend saw the bag at her sister’s house.

After copping to the misdeed, Limoli was instructed to return the coke and cash to Spagnolo immediately and told all was forgiven.

“I should whack you right here, but we’ll go on from here and leave it behind us,” Ferrara allegedly told Limoli.

Some people, including Limoli himself, didn’t believe all was forgiven. Limoli told his girlfriend that he thought the Patriarca crime family wa

s going to kill him.

Who gave the order remains a question in dispute to this very day.

Limoli was called to a purported drug deal with fellow Ferrara crew members Patsy Barone and Walter (Fats) Jordan on the night of October 28, 1985 at D’Amore’s Ristorante in the North End. Limoli didn’t think they were the ones tasked with killing him, so he intended to rip them off.

Barone and Jordan picked up Limoli from D’Amore’s in Jordan’s car at around 10:15 p.m. They stopped in front of a cemetery at Hull and Snowhill and got out of the car. Barone shot Limoli in the back of the head, grabbed what he thought was a bag of money (but was in actuality a sack filled with napkins) and fled on foot.

When he looked in the bag mid-flight and realized Limoli had been trying to burn him, he returned to the limp body sprawled on the pavement.

“Why, Jimmy?” he allegedly screamed as he emptied the rest of his clip into Limoli’s face.

Fats Jordan became a government witness. Barone and Ferrara both pleaded guilty to their roles in the Limoli hit, but had their convictions tossed for prosecutorial misconduct because the U.S. Attorneys’ Office failed to notify defense counsel that Jordan was recanting his statements related to the Limoli’s homicide. While Jordan originally told the FBI that Vinnie the Animal gave the order to kill Limoli, he later said Ferrara was protecting Limoli and planning on killing him and Barone for whacking Limoli without permission.

Per FBI records, Limoli aided Ferrara in carrying out more than one mob-related murder in the North End during the 1970s when Vinnie the Animal was on the come-up under the Angiulo brothers. Ferrara took over the Angiulos’ territory after they were imprisoned in the mid-1980s.

Cadillac Frank Salemme became boss of the New England mafia in 1990 in the wake of opposition from Ferrara and the crime family’s East Boston faction and a federal indictment that swept Ferrara and the other combatants off the street paving the way for Salemme to take the throne. The Salemme regime lasted until 1996. While locked up on racketeering charges himself in the latter half of the decade, Salemme flipped and entered the Witness Protection Program prior to being arrested and imprisoned for a final time six years ago for the May 1993 murder of Boston nightclub owner Stevie DiSarro.

DiSarro’s bones were dug up in Providence back in the spring of 2016 on a tip from a whole marijuana dealer who owned the property and had helped bury the body. Frankie Boy Salemme strangled DiSarro to death at his father’s suburban Boston home as his father watched on for the belief that DiSarro, a partner of both Salemmes in a South Boston rock club turned strip joint, was cooperating with the FBI and IRS. The younger Salemme died of AIDS-related cancer in 1995.