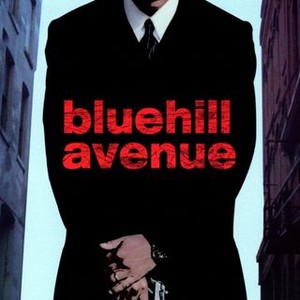 May 6, 2022 — Boston’s Black mob chiefs Alvin (Duke) Campbell and Arnold (Little Arnie) Campbell and their top henchman Dennis (Deke) Chandler were found not guilty at trial for the 1968 triple homicide at the New England Grass Roots Organization (N.E.G.R.O.) headquarters in Roxbury, Massachusetts’ Blue Hill Avenue neighborhood after the case’s star witness was murdered by Campbell brothers’ allies in the Irish mob in the weeks before the trial started. Throughout most of the late 1960s and 1970s, the Campbell brothers ran the region’s African-American rackets from Roxbury with Deke Chandler acting as their top enforcer and the Winter Hill Gang out of South Boston and Somerville co-signing their regime.

On November 10, 1968, well-known east coast civil-rights activist Guido St. Laurent, the blind, charismatic ex-con and president of N.E.G.R.O, and two associates were gunned down in a brutal gangland execution, part of what prosecutors and police described as a power struggle for turf and control of a pricy state-government grant. Local drug dealer Carnell Eaton and Cleveland civil-rights operative Harold King, in town for a series of meetings about organizing programs and protests back in the Midwest, were the two other victims of the bloody massacre that also left two men wounded. One of those men, a pimp and street figure named Ron (Cadillac Ronnie) Hicks, was shot as he allegedly let the Campbells and Chandler inside the highly-secured building, allowing them to storm the back office where St. Laurent, Eaton, King and Fred Rose were holding court.

Rose was wounded, however, survived the attack by ducking under a desk. Eaton, active in both the rackets and the civil rights movement, died on the street outside the N.E.G.R.O. headquarters, having crawled out of the carnage-strewn office to seek help.

Earlier that day, St. Laurent, Eaton and King had returned from meetings with Black militant and social injustice organizations in New York City that had taken place over the previous 48 hours. King was registered as a guest at the swanky Parker House Hotel in downtown Boston. The Parker House is the oldest operating hotel in the United St

For more than two years as founder and president of N.E.G.R.O., St. Laurent did noble community-outreach work and minority-rights advocacy, but also had the reputation of surrounding himself with fellow ex-cons and other sketchy characters with militant and criminally-affiliated backgrounds. St. Laurent had been incarcerated for armed robbery, but had earned a sentence commutation in 1962 after going blind in an accident behind bars. He started N.E.G.R.O in 1966 and quickly became a fixture on local public radio. In April 1968, Boston Police credited St. Laurent’s leadership for stopping violent outbreaks throughout the city in the hours and days following the assassination of Dr. Martin Luther King.

According to court records and police file memos, the Massachusetts Department of Labor had given St. Laurent’s a 1.9 million-dollar grant and the Campbell brothers as the crime bosses of the neighborhood felt entitled to a portion of the money. The Campbells mainly oversaw drug and pimping activity in the area.

Cadillac Ronnie Hicks was found shot to death in the trunk of his orange, yellow and brown-colored Caddy in the Back Bay section of Boston on March 19, 1969. Years later, members of the Winter Hill Gang admitted to murdering Hicks on the Campbells behalf. Hicks had recently been released from prison on armed robbery charges.

Winter Hill Gang boss James (Whitey) Bulger served federal prison time with the Campbell brothers in the early 1960s and the three men forged an alliance that they brought with them back to Beantown. Bulger was later outed as a longtime FBI informant.

Without Hicks there to testify against them in the Blue Hill Avenue Massacre case, the Campbells and Deke Chandler were acquitted of killing St. Laurent, Eaton and King at their June trial. Chandler would go on to be killed himself in 1977 in a dispute over a woman.