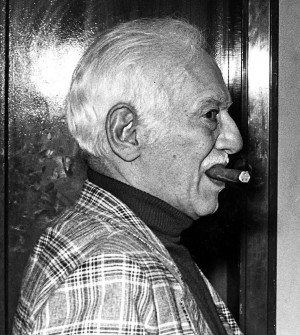 1 James (Horseshoe Jimmy) Michaels – The high-profile leader of the city’s Syrian mob faction and influential labor union boss was blown up in his car while driving on a St. Louis expressway (I-55) on the afternoon of September 17, 1980. Michaels’ killing set off a two-year gangland war and came less than three weeks after the death of St. Louis mafia don, Anthony (Tony G) Giordano, a longtime ally of his who died of cancer in August. Giordano’s death prompted the Lebanese-Italian Lesisure family (brothers Paul and Anthony and cousin David), a trio of mob strong arms that had been mentored by Horseshoe Jimmy, but held bitterness toward him for protecting the man that killed Richard Leisure, Paul’s and Anthony’s older brother and  sought control of his labor union (LIUNA Local 42) and rackets for themselves, to strike immediately after Tony G was in the ground. The 75-year old legendary Missouri underworld figure had got his start during the Prohibition Era with the “Cuckoo Gang” and died a suspect of a number of gangland slaying dating back over five years. The Leisures were convicted of Michaels’ slaying at trial in 1985, with David, the person that planted the bomb underneath Horseshoe Jimmy’s car, put to death in 1999, the only modern-day mob figure killed via capital punishment.

2 Elmer (Dutch) Dowling – A right-hand man of notorious East St. Louis mob chief, Frank (Buster) Wortman for several years, Dowling was convicted alongside his boss in February 1962 on federal income tax evasion charge and six days later on March 4, 1962, Dowling and his bodyguard Melvin Beckman were found shot to death, both sprawled across a desolate peace of road, near Belleville, Missouri. Inside Dutch Dowling’s pants pocket police found phone numbers of jurors from his and Wortman’s trial, eventually allowing Wortman to get his conviction overturned. Dowling’s murder has never been solved. Authorities at the time told the press that they believed the man that killed him was the same man that had previously promised Dowling and Wortman he would fix the jury at their trial and secure an acquittal.

3 Michael Kornhardt – One of the Leisures’ top lieutenants and casualties of the early 1980s St. Louis mob war, Kornhardt was murdered on July 31, 1982 while out on bail awaiting trial for the October 1981 car-bomb slaying of George (Sonny) Faheen, the nephew of Horseshoe Jimmy Michaels. Faheen was killed in retaliation against the Michaels’ faction for a car-bomb attack that Paul Leisure survived weeks earlier. Worrying that Kornhardt would begin cooperating with the FBI, Leisure put a contract on his head and gave it to his cousin David, who farmed it out to henchman Bobby Carbaugh and Steve Wougaman. Carbaugh shot Kornhardt twice in the back of the head after Kornhardt was lured to a rural piece of property in St. Charles, Missouri.

4 Mike Palazzolo – Longtime St. Louis mafia underboss, short-tenured Godfather and FBI informant, John (Johnny V) Vitale, is alleged to have “made his bones” with the May 1934 slaying of Mike Palazzolo. In the months leading up to his murder, Palazzolo was feuding with mob associate Walter Mushenick and was last seen alive leaving his parents’ house with Vitale in Johnny V’s Cadillac. Palazzolo was found in a ditch hours later, shot in the head and neck, a crime Vitale would be charged with, but never convicted of.

5 The LIUNA Local 42 murders  – In 1965, a group of St. Louis gangland figures, Louie Shoulders, George (Stormy) Harvill and William (Shot Gun) Sanders, fought the area’s Italian mafia for control of Local 42 (LIUNA), setting off a decade and a half power struggle punctuated by extreme spats of violence. In the forthcoming years, Harvill (1966) and Shoulders (1972) are both murdered. By 1979, the flames of discontent still burned and when the Chicago mafia-backed Raymond Flynn challenged the St. Louis Syrian-mob staked John (Sonny) Spica to replace T.J. Harvill, Stormy’s brother (died of natural causes) as the Local’s President, the tensions boiled over to the point of Spica being blown to pieces in a car bomb in the weeks leading up to the election in November of that year.