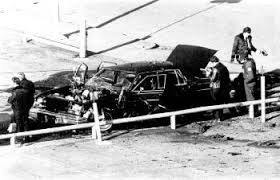 1 Salvatore (Sammy G) Gingello – After dodging a half-dozen assassination attempts in the early stages of a bloody gangland war for supremacy in the Rochester mafia, the charismatic underboss was finally blown to pieces in a car bomb that exploded outside a social club on April 23, 1978. Gingello, 39, was the heir apparent to the city’s mob throne and him and his mentor, Rochester don Salvatore (Red) Russotti, had their power challenged by Thomas Didio, who was named ‘acting boss’ while Russotti and Gingello were behind bars and refused to relinquish the reins when they got out.

2 Jake Russo – The Rochester crime family’s ‘acting boss’ from 1958-1964, Russo was a top lieutenant-turned-enemy of the city’s first Godfather, Frank Valenti, and vanished in December 1964, after butting heads with Valenti in the wake of the Rochester mafia’s founding father came home from a six-year prison stint.

3 Thomas Didio – A former driver and bodyguard of Sammy Gingello’s, Didio got too big for his britches when he was appointed ‘acting boss’ in 1977 and was machine-gunned to death at the Exit 45 Motel on July 6, 1978, less than three months following his ordering of Gingello’s slaying. Didio forged an alliance with deposed and imprisoned don Frank Valenti and “went to the mattress” for control of the crime family.

4 Vincent (Jimmy the Hammer) Massaro – One of Frank Valenti’s proteges and a ferocious, highly-feared enforcer and professional arsonist, Jimmy the Hammer, fell out of favor with Valenti’s replacement, Red Russsotti, by haggling over money and was shot to death at a construction company garage on November 23, 1973. Massaro was lured to the hit by his close friend and partner in crime, Angelo Monachino, allegedly on orders from Russotti and Gingello, both of whom were tried, convicted and jailed on the murder, but eventually had the case tossed due to police and prosecutorial misconduct in the investigation.

5 Dominic Chirico – Frank Valenti’s No. 1 hit man, Chirico was shot-gunned to death on June 5, 1972 as he got out of his car in front of his girlfriend’s apartment building, punishment for his boss Valenti’s misdeeds. Valenti was forced to step down as boss of the Rochester mob in the spring of 1972 for his secret stashing of “off-the-books” criminal proceeds and his reported ordering the murder of Russotti and Gingello, in response to them confronting him about it.