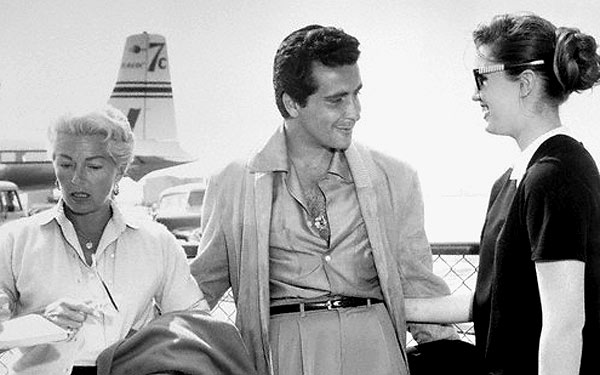 1 Benjamin (Bugsy) Siegel – Movie-star handsome and serial-killer lethal, Siegel was one of the American underworld’s most powerful Jewish mobsters ever, planting a flag out west for the New York mafia and literally inventing the modern-day concept of Las Vegas before being shot to death inside the Beverly Hills mansion of his girlfriend (notorious gun-mole Virginia Hill), from a sniper on the lawn on June 20, 1947. Hobnobbing with the Hollywood elite and reveling in the spotlight of his gangster celebrity on the “left coast”, Siegel was a loose-cannon and his vision for the Nevada gambling mecca was slow to catch on at first – i.e. those above him in the mafia were initially losing money on their investment in the desert. His partners in the New York underworld, which included the legendary Meyer Lansky and Charles (Lucky) Luciano, suspected him of stealing from the Vegas till and ordered him killed at a mob conference of higher-ups in Cuba.  Siegel and his murder have been immortalized in cinematic classics, Bugsy (portrayed in an Oscar-winning script by Warren Beatty) and The Godfather (a fictionalized version of him named Moe Green played by character actor and former Boston wiseguy Alex Rocco). 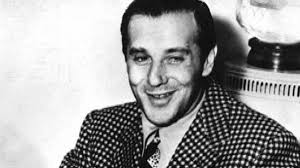 2 Frank (The Bump) Bompensiero – The Los Angeles mafia’s go-to hitman for parts of five decades and a capo and then consigliere in the Southern California crime family, Bompensiero was killed on February 10, 1977 for his suspected status as an FBI informant and openly criticizing L.A. don Dominic Brooklier. A protégé of deceased L.A. Godfather Jack Dragna, upon Dragna’s death in the 1950s, the Bump (as in “bump off”) began undermining his mentor’s successors, finally leading to Brooklier to issuing the contract on his life shortly after taking the reins. Bompensiero operated between Southern California and San Diego and proved difficult to kill. Aspiring Mafioso Tommy Ricciardi shot Bompenserio to death while talking to Brooklier on a payphone and Brooklier’s underboss Jack LoCicero sat behind the wheel of a getaway car in the San Diego suburb of Pacific Beach., ready to whisk Ricciardi away from the scene. Ricciardi was rewarded with his induction into the L.A. mafia in the months following and although he would be charged with the murder he died of a heart attack before making it to trial.

seph (Iron Man Joe) Ardizzone – Holding the dubious distinction of being the only L.A. mob don ever assassinated, Iron Man Joe, alleged to be personally responsible for over two dozen gangland homicides, disappeared on the way to his cousin’s house on October 15, 1931. Ardizzone served as the L.A. mafia’s boss for six years (1925-1931), spearheading the syndicate through the heart of the Prohibition Era, and eluded more than one murder attempt before finally succumbing to the contingent of his lieutenants unhappy with his style of leadership and eager to move him out of the way.  His body was never found, nor his killing ever solved.

4 The “Two Tony’s Hit”: Anthony Trombino & Anthony Brancato – Known in the underworld as “The Two Tonys”, Trombino and Brancato were a vicious team of Kansas City-born gangsters that relocated out west to California in the 1940s and were killed together on August 6, 1951, discovered slain side-by-side in the front seat of an automobile parked on Hollywood Boulevard. The infamous “Two Tonys Hit” came as a result of the pair robbing the New York mafia-backed Flamingo Hotel and Casino in Las Vegas (built by Bugsy Siegel as The Strip’s flagship wagering palace and named after his lover, actress Virginia Hill, nicknamed The Flamingo)  three months earlier. L.A. mob heavyweights Nick Licata, Jimmy (The Weasel) Frattiano, Charles Battaglia and Angelo Polizzi and Ohio button-man and expert assassin, Calogero (Leo Lips) Moceri, were all arrested for the double homicide, however, the charges were eventually dropped.

5 Johnny Stompanato – Jewish mob boss Mickey Cohen’s dashing and dangerous bodyguard, Stompanato dated Hollywood starlet Lana Turner and was stabbed to death by Turner’s daughter, Cheryl Crane, on April 4, 1958 at Turner’s Beverly Hills estate. Crane was let off the hook for the homicide after it was deemed justifiable on the count that hot-tempered Stompanato was in the process of violently attacking her mother. Stompanato and James Bond himself, Sean Connery, got into a physical altercation on a movie set in the months that preceded the tabloid-crazy murder. 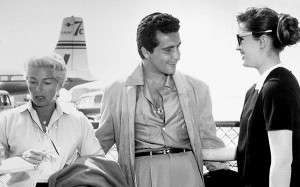