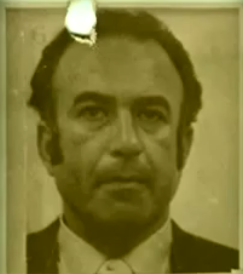 After decades of denying his affiliation to the mafia, Giacomo (Black Jack) Tocco was finally indicted and eventually convicted under the federal RICO statute of being the long-sitting mob boss of Detroit in the 1990s. The Feds’ epic Operation GAMETAX bust came down in March of 1996, naming almost the entire administration of the Motor City crime family that Tocco’s dad, William (Black Bill) Tocco, founded in 1931. Jack Tocco was convicted at a jury trial in 1998 and sent to prison for a meager two years, a sentence (originally one year, but after prosecutorial appeals, lifted to two) that led to anger and frustration from the FBI and U.S. Attorneys’ Office and internal government allegations of judicial misconduct.

Jack Tocco and GameTax from al profit on Vimeo.

Tocco died this week at the age of 87, the nation’s longest-tenured mafia don, serving four decades atop the Detroit mob.

Below is Tocco’s appeal from his conviction on racketeering charges at his March 1998 trial:

UNITED STATES COURT OF APPEALS FOR THE SIXTH CIRCUIT

for the Eastern District of Michigan at Detroit.

UNITED STATES COURT OF APPEALS FOR THE SIXTH CIRCUIT

for the Eastern District of Michigan at Detroit.

1This criminal prosecution pertains to one of six defendants who were tried on charges of conspiracy to conduct and participate in a Detroit-based racketeer influenced and corrupt organization.1 Appellant Jack W. Tocco (“Tocco”) was convicted on two counts of conspiracy in violation of the Racketeer Influenced and Corrupt Organization Act, 18 U.S.C. § 1962(d) (“RICO”) — one for engaging in a pattern of racketeering activity and one for collection of an unlawful debt (Counts One and Two) — and one count of conspiracy to interfere with commerce by extortion in violation of 18 U.S.C. § 1951 (“Hobbs Act”) (Count Six). Both Tocco and the government now appeal — Tocco from the jury convictions, the government from the sentence imposed by the trial judge.

2On March 14, 1996, Tocco was charged in a twenty-five (25)-count indictment along with sixteen (16) co-defendants on charges relating to the activities of a group called “Cosa Nostra,” also known as “the Outfit” or, as is known to the general public in the United States, “the Mafia.” Cosa Nostra allegedly is made up of “families” in various cities, including Detroit, and allegedly is involved in illegal activities such as extortion, illegal lotteries (“numbers”), bookmaking, loansharking, and acquiring undisclosed and illegal investments in gambling casinos. The indictment herein alleged that Tocco had been involved in the Detroit branch of the national Mafia organization, and that he had been the “Boss of the Detroit Cosa Nostra Family” since about 1979. The district court severed the trial of Tocco and his five co-defendants from the trials of the others named in the indictment.
3On January 27, 1998, trial commenced against Tocco and his co-defendants. Approximately three months later, on April 29, 1998, the jury convicted Tocco on the two RICO conspiracies and the Hobbs Act conspiracy mentioned above. It acquitted him on ten counts of extortion or attempted extortion. On October 23, 1998, the district court denied the government’s request for a forfeiture judgment against all the defendants.
4On November 13, 1998, the district court sentenced Tocco to twelve months and one day in prison, departing downward ten levels from the applicable guideline range, and recommended that Tocco’s sentence be served in a community correction center. Tocco filed a timely appeal from the district court’s judgment of conviction, and the government timely appealed Tocco’s sentence.