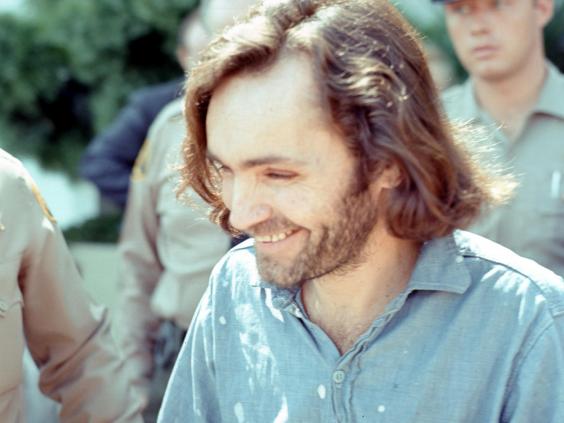 Iconic hippie cult leader Charles Manson, convicted of killing nine people in Los Angeles in a one-month period back in the summer of 1969, died of natural causes last week at 83. He had been in prison for 48 years. His obsession with The Beatles led to him referring to his murderous ways as “Helter Skelter” in a nod to one of the group’s songs. The so-called Family headquartered its activities out of Spahn Ranch in the Simi Hills above Chatsworth, California.

A failed aspiring musician once close to Beach Boys drummer Dennis Wilson, Manson achieved global infamy for his two-day murder spree in August 1969 (which came to be known as the “Tate-LaBianca slayings”) when he had several of his followers savagely butcher seven people, including pregnant Hollywood actress Sharon Tate, the wife of Oscar-winning director Roman Polanski and coffee heiress Abigail Folger.

Besides the nine homicides he was found guilty of (the Tate-LaBianca murders and two others in the weeks surrounding them), police in Los Angeles believe he and his followers were responsible for at least a dozen more.

October 13, 1968 – Nancy Warren & Clida Delaney were found beaten and strangled to death near Ukiah, California. Warren was affiliated with the Manson Family and eight months pregnant. Delaney was her grandmother. They were garroted and bound by three dozen leather thongs.

December 27, 1968 – Marina Habe, a 17-year old freshman in college and Manson Family hang-around, is kidnapped from her parents driveway following a date (her parents were author Hans Habe and actress Eloise Hardt) and found two days later beaten and stabbed to death in a brushy embankment off Mulholland Drive in Los Angeles.

July 1, 1969 – African-American drug dealer Bernard (Lotsapoppa) Crowe is shot by Charles Manson himself inside Crowe’s Hollywood apartment after Crowe was cheated in a dope deal by Tex Watson and threatened to harm Manson and The Family in retaliation. Crowe survived the shooting.

July 17, 1969 – Mark Walts, 16, was found beaten and shot to death, his body dumped on Mullholland Drive. Walts had been spending his summer with the Manson Family at Spahn Ranch. He disappeared from the Santa Monica Pier the day before his body was discovered. Walts’ older brother called Manson at the ranch accusing him of the murder and vowing revenge.

July 27, 1969 – L.A. music teacher and Manson Family associate Gary Hinman is killed inside his Topanga Canyon home by Manson and Family members Bobby Beausoleil, Susan Atkins and Mary Bruner over a drug debt owed to The Family and the belief that he had a $20,000 inheritance he wasn’t willing to share with them. Hinman had been held hostage for two days and Manson had cut off his ear with a sword prior to Beausoleil stabbing him to death on Manson’s orders. The words “political piggy” and a drawn paw print were scrawled in Hinman’s blood on the wall of the residence. Beausoleil, one of Manson’s main male lieutenants and recruiters, was arrested days later and charged with the murder when he was pulled over by police driving Hinman’s car and the murder weapon was found in the vehicle.

August 9, 1969 – The Tate-Polanski House Murders: Sharon Tate, Jay Sebring, Abigail Folger, Wojceich Frykowski & Steven Parent are killed by Manson Family members Tex Watson, Susan Atkins and Patricia Krenwinkel at the estate in Beverly Hills owned by Tate and her director husband Roman Polanski. Tate was eight months pregnant and Polanski was away in Europe so Sebring, a former boyfriend of Tate’s and renowned male hairdresser, and Folger and Frykowski, a couple Tate and Polanski were friends with, were visiting the estate the night the Manson followers invaded the premises brandishing knives. Watson, Atkins and Krenwinkel proceeded to shoot and stab them to death. The word “pig” was written on the home’s front door in Tate’s blood. Parent was shot and killed by Watson after visiting his friend who was staying in the estate’s guest house.

August 10, 1969 – Grocery store owners Leno & Rosemary LaBianca were stabbed to death inside their Los Felix home by Watson, Atkins, Krenwinkel and fellow Manson Family member Leslie Van Houten after returning from a vacation. Unlike the previous night at the Tate-Polanski house, Manson drove with his followers to the murder scene and tied the LaBianca’s up with his leather thongs before the rest came inside and reignited the carnage. The words “helter skelter” and “rise” were written in the couple’s blood on their walls and refrigerator.

August 26, 1969 – Spahn Ranch cowboy Donald (Shorty) Shea, a known Manson rival, was killed in the weeks following the Tate-LaBianca murder spree for helping local police conduct a raid on the ranch 10 days earlier. Manson and his henchmen Bruce Davis and Steve (Clem) Grogan were convicted of the slaying. Shea’s body was unearthed when Grogan began cooperating with authorities in 1977.

November 5, 1969 – Manson Family figure John (Zero) Haught was found in his house off Venice Beach with a single gunshot wound to the head. Family members reported to police that Haught died playing Russian roulette, however, he was rumored to have been cooperating with authorities after an arrest the month before and many experts think he was murdered.

November 7, 1969 – Teenage Scientologists James Sharp & Doreen Gaul were found brutally stabbed to death in a Los Angeles alleyway down the street from where Leno and Rosemary LaBianca lived and were slain. Manson was connected to the sect of Scientology Sharp and Gaul belonged to called “The Process” and Sharp and Gaul had been hanging around Spahn Ranch with the Family the previous summer.

November 16, 1969 – Manson Family member Reet Jurvetson was found heinously stabbed to death in a brushy embankment bordering Mulholland Drive. Authorities were not able to identify her conclusively until 2016. She had lived at the ranch with The Family from July 1968 through February 1969 and dated “Zero” Haught. Many believe she was present when Haught either killed himself or was killed earlier in the month.

December 1, 1969 – Manson Family member Joel Pugh, the husband of fervent Manson loyalist Sandra Good was found dead in a London hotel room, his wrists slit and his throat cut. The words “Jack & Jill” were written in blood on the hotel room wall and Manson Family henchman Bruce Davis was in Great Britain at the time.

November 28, 1970 – Manson Family attorney Ron Hughes vanished in the middle in the Tate-LaBianca trial after butting heads with Manson over defense strategy. Hughes disappeared during a camping trip he took to Sespe Hot Springs in Ventura County. He represented Manson’s co-defendant Leslie Van Houten. His severely decomposed body was found months later by a pair of fishermen

November 8, 1972 – James Willett & Lauren (Remy) Willett are killed by members of The Manson Family while living with three Manson loyalists and a group of white supremacists Manson had aligned with behind bars. James Willett was blown away with a shotgun and decapitated. His wife Remy was shot in the back of the head. Two Family members (Priscilla Cooper and Nancy Pittman) were convicted of the crime and each did five years in prison.

January 26, 1977 – Documentarian Laurence  Merrick, who helmed the 1970 film Manson, which contained a series of interviews with Family members and footage of The Family’s life at Spahn Ranch and Barker Ranch, was shot to death leaving his Hollywood studio office.