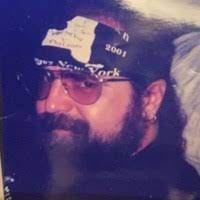 November 8, 2021 — Both respected and beloved, Buffalo Outlaws Motorcycle Club member Stephan (Hard Guy) Pleczyj was a staple in the Western New York biker scene the past several decades. Pleczyj died suddenly of natural causes last month at 63 years old. He was convicted of weapons offenses connected to the infamous September 21, 1994 Lancaster Speedway brawl between the Outlaws and the Hells Angels that left local leaders of both gangs dead.

While investigating the stabbing death of Rochester Hells Angels boss Michael (Mad Mike) Quale at the bloody speedway scuffle, the FBI and ATF raided Pleczyj’s home and found two 22-caliber revolvers, a switchblade knife and a pipe bomb. The knife was tested for being the one used to kill Quale. Hard Guy went away to prison for 11 years and didn’t come home until 2007.

Pleczyj worked with Buffalo Wally in the early 1990s as the Outlaws fought to keep the Hells Angels out of Western New York, per federal records. Informants told the FBI that Pleczyj helped maintain the Buffalo Outlaws chapter’s armory.

In February 1987, Pleczyj was convicted in a gun possession case out of state court in Erie County. According to recent federal court filings, the Outlaws new international boss is Buffalo’s John (Tommy O) Ermin. Per those filings, Ermin is linked to the Buffalo Italian mafia’s highest levels of power. Ermin, 53, attended Pleczyj’s wake and funeral, as did other associates of the region’s Magaddino crime family, on October 23, according to sources.

Pleczyj was a skilled tradesman in the installation siding subcontracting field and asbestos removal business. He had two children. The Pleczyj family is Ukrainian.