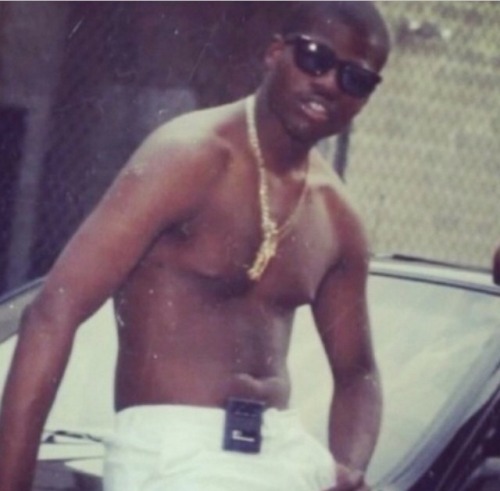 November 9, 2021 — Harlem dope boss Richard (Money Rich) Porter was at war with notorious New York crime chief Clarence (Preacher) Heatley at the time of his murder at the hands of his business partner and childhood best friend Alberto (Alpo) Martinez in early 1990. Heatley and his “Merchants of Death” squad kidnapped and killed Porter’s 12-year old little brother Donnell in the weeks leading up to Martinez turning on Porter and killing him over the belief he was stealing profits from their narcotics organization.

Alpo Martinez, 55, was slain last week in a botched drug deal on the streets of Harlem after slipping back into town from the Witness Protection Program. Martinez and Porter were the subjects OG the 2002 gangster film cult-classic Paid In Full, portrayed by rapper Cam’ron and Mekhi Phifer, respectively, as “Rico” and “Mitch.”

While Martinez and Porter were taking over the Harlem crack game in the late 1980s, the ruthless and imposing 6-foot-7 “Preacher” Heatley had already teamed with an ex New York police officer named John (Big Cuz) Cuff nearby on 144th Street and 8th Avenue to create a vicious and recklessly violent street crew known for hit-for-hire jobs, kidnapping-for-ransom, extortion and wholesale cocaine and heroin dealing. Porter’s uncle, John (Johnny Appleseed) Porter, was one of Preacher Heatley’s top lieutenants. Johnny Porter resented his nephew Money Rich for not allowing him access to one of his main supply plugs, per DEA records.

With Johnny Porter’s aid, Heatley men kidnapped Rich Porter’s baby brother on his way to elementary school on the morning of December 5, 1989. Heatley demanded $500,000 from Money Rich and Alpo for the safe return of Porter’s adolescent younger brother. The elder Porter refused to pay the ransom demand. The amount was then lowered to $150,000 and Money Rich was pointed towards a local McDonald’s fast food outlet where he found a coffee cup with his brother’s right finger in it and a cassette tape with Donnell Porter crying for his mother and pleading for Money Rich to pay Heatley for his rel

Money Rich declared war instead. He never made it to the battle field though, cut down by his own partner in crime.

Heatley killed Donnell Porter — his body wasn’t found until a month later. On January 3, 1990, Alpo and his bodyguard Garrett (Big Head Gary) Terrell lured 25-year old Rich Porter to an apartment in Harlem and shot him to death. Terrell pumped the first two shots into Porter and when he didn’t die, Martinez came in for the kill shot to the back of the dome. Porter’s body was found the next day in a patch of bushes inside Orchard Beach Park. Alpo felt Porter was stealing from him and holding out on giving him access to one of his connects in the Caribbean.

Right after killing Porter, Alpo left NYC for Washington D.C. and planted a flag in the nation’s capital for a brief period of time. Martinez was indicted out of federal court for drugs, racketeering and murder in 1991 copped to participating in more than a dozen gangland homicides and walked out of prison in 2015. For the past six years, Martinez had been living in Lewiston, Maine.

Heatley and his “Preacher Crew” were finally indicted and put away forever in July 1996. Heatley pleaded guilty to ordering or personally carrying out 13 murders to avoid prosecutors seeking the death penalty.