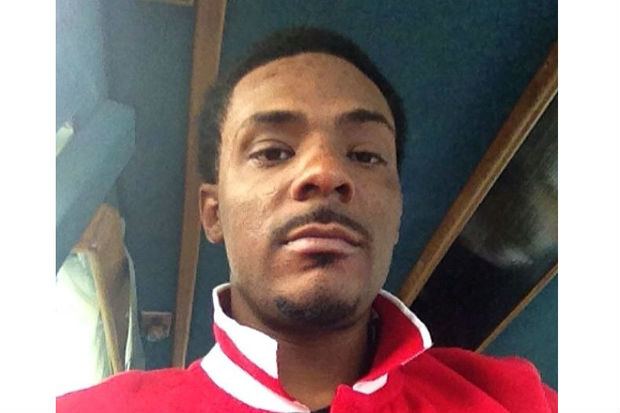 Labar (Bro Man) Spann, the overlord of Chicago’s Four Corner Hustlers street gang, was found guilty of drug-trafficking, racketeering and four gangland slayings, including the 2003 assassination of the Windy City’s beloved Latin Kings boss, Rudy (King Kato) Rangel, earlier this week in federal court out of Illinois. The wheelchair-bound Spann was indicted on six murder counts as the No. 1 defendant in Operation Five-K. He had been acquitted in Rangel’s murder in state court back in the 2000s.

Spann, 43, testified on his own behalf in the two-month long trial years in the making. While admitting to holding juice on the streets of Chicago’s Westside, he denied playing any role in the homicides he was eventually convicted of Monday afternoon. The Four Corner Hustlers are on offshoot of the Vice Lords, the most prominent gang on the Westside of Chicago since the 1960s.

Prosecutors claim he ordered the murder of the man who shot him and left him paralyzed from the waist down in 1999. However, that was not one of the killings he was found guilty of.

Spann’s two brothers were slain gangland style. His father was the leader of the Black Souls Gang. he will spend the rest of his life in prison.

Authorities initially brought Bro Mann Spann into custody in 2015 after the convicted felon showed pictures of himself at a Lyons, Illinois firing range shooting off guns on his Instagram account. Possessing firearms was a violation of his parole. Operation Five-K landed in 2017, charging him with ordering the murders of Carlos Caldwell, Levar Smith and Max McDaniel in 2000 and King Kato Rangel, Willie (The Foot) Woods and George King in 2003. The jury acquitted him in the killings of Caldwell and Smith.

Caldwell was the person alleged to have put Spann in his wheelchair. McDaniel’s brother testified in court against Spann’s gang chief dad.

Rangel’s murder was by far the most sensationalized and written about in the media. On the night of June 4, 2003, Rangel was gunned down while getting a haircut and watching the NBA Finals by Vice Lord Donnell (Squeaky) Simmons inside a makeshift barber shop near the corner of Roosevelt and Sacramento. According to court records and DEA documents, Rangel had stolen an 150 kilo shipment of cocaine being shipped from Mexico and the Sinaloa Cartel to Bro Man Spann and the Four Corner Hustlers. Simmons and two other Four Corner Hustlers were convicted in Rangel’s murder conspiracy in state court.