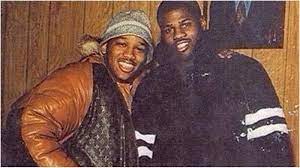 November 11, 2021 — Slain New York drug lord Alberto (Alpo) Martinez moved into Washington D.C. and killed his way to the top of The District’s dope game in the early 1990s before joining Team USA and disappearing into the Witness Protection Program. The 55-year old Martinez was killed last week in Harlem, gunned down behind the wheel of his RAM truck during a drug deal gone wrong or possibly in a revenge hit. He had been living under an assumed identity in Lewiston, Maine for the past six years.

After Martinez and his best friend and business partner, Richard (Money Rich) Porter took over the Harlem drug game in the late 1980s, they began scoping out expansion opportunities, per DEA records. Only one of them would live to see it to fruition. The pair’s exploits were chronicled in the film Paid In Full (2002).

As 1989 came to a close, Martinez and Porter had set their sights on D.C., viewing the area as wide open with the recent arrest and incarceration of the District’s flashy and seemingly-omnipresent crack kingpin Rayful Edmond. But Martinez decided to kill Money Rich for the belief Porter was stealing from him and hiding a supply source — Porter was shot to death on January 3, 1990 — and landed in D.C. solo in the weeks that followed.

Upon setting up shop in the District, Alpo made an alliance with Wayne (Silk) Perry, one of the region’s most feared street figures and enforcers, and squared off with D.C. drug boss and East Coast gangland statesman, Michael (Fray) Salters. Martinez could never forge ties with Salters, nor earn the O.G.’s respect, so he decided to k

The final straw was a 10 kilo rip-off perpetrated by Fray and his nephew “Poochie.” According to DEA informants, Alpo and Silk placed $50,000 bounty on the Salters’ heads and the Salters responded by putting $100,000 murder contracts on both Alpo and Silk Perry.

Salters, 38, was gunned down behind the wheel of his BMW by one of his own lieutenants, Michael (MJ) Jackson, on contract from Martinez and Perry in the late evening hours of July 16, 1991. At the time of his slaying, “Fray” Salters had flags planted in Virginia, Maryland, New Jersey, New York, Boston, Delaware and Pennsylvania for his operations and often acted as a mediator of beefs in the East Coast underworld. His “Black Snake” branded heroin put him on the map in the D.C. drug game.

By the summer of 1990, Martinez was indicted by feds in Virginia, charged with racketeering and drug distribution. The indictment claimed Martinez funneled 1,200 kilos of cocaine from Harlem to D.C. and parts of D.C. suburbs in Virginia, in less than a year of operating in the region.

Federal agents didn’t take Alpo into custody until November 7, 1991 during a routine traffic stop in Southeast D.C at the corner of Minnesota and Pennsylvania Avenues. The prior six months had seen Martinez order the murders of Fray and suburban drug dealers Timmy Cohen and Mark Mullen in an Oxon Hill, Maryland car-wash hit carrier out in broad daylight. Weeks later, he was hit with a superseding indictment that included 14 first-degree homicides.

It soon came out that Martinez was working with the government — possibly all the way back from his days clocking in Harlem — and was hammering out a cooperation deal with U.S. Attorneys in D.C. and Manhattan. Martinez did 24 years in a protection wing of a federal prison in Florida. He was released in 2015.