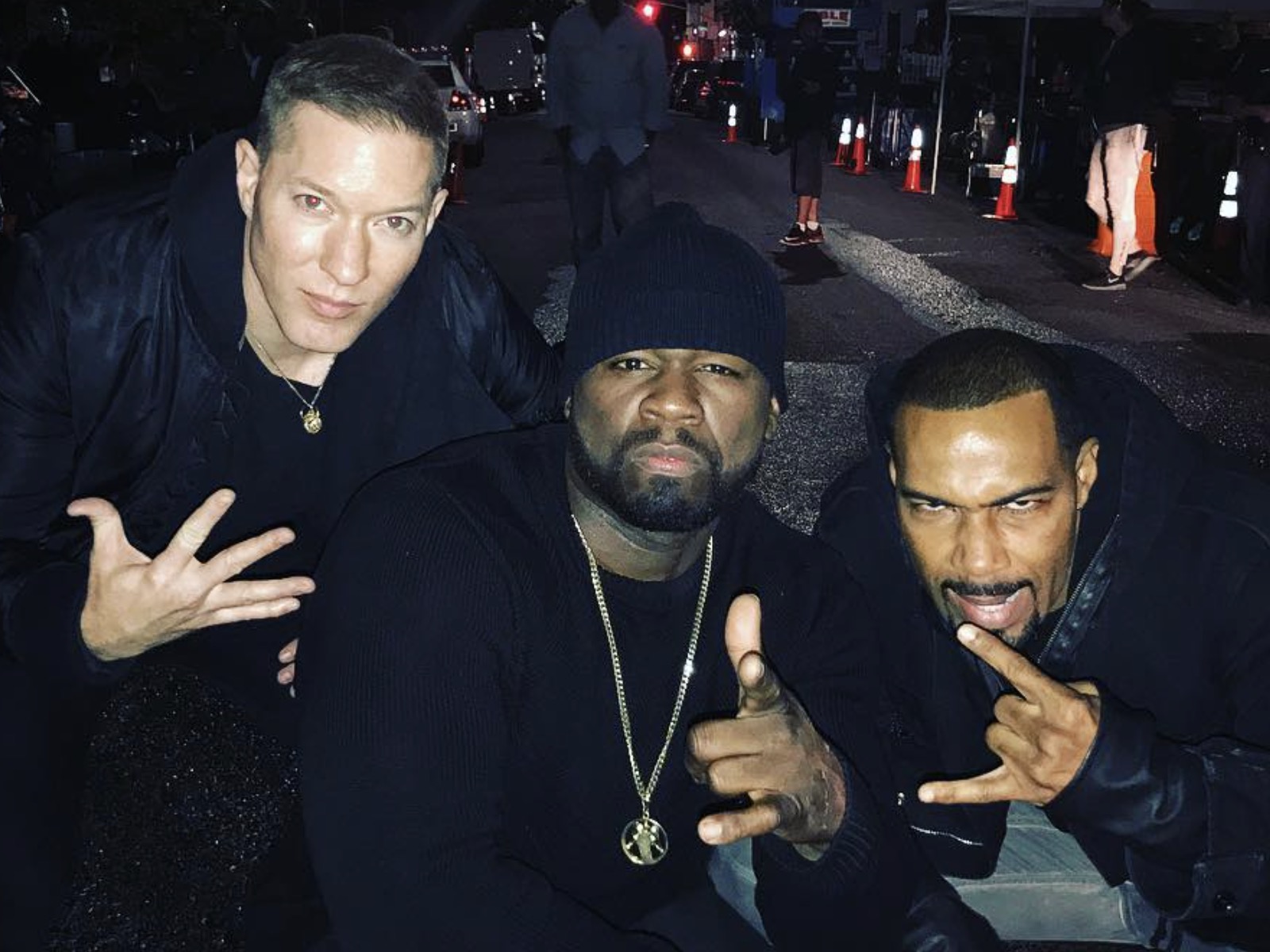 September 29, 2021 – Hip-hop mogul 50 Cent hasn’t taken kindly to being accused of stealing the life story of a real-life reformed drug kingpin for his smash-hit fictional crime-drama franchise, Power. According to new court filings, the rapper-turned-actor-turned-TV producer has been “bullying” former New York drug kingpin Cory (Ghost) Holland since Holland sued him, Power creator Courtney Kemp and the Starz cable network for one billion dollars in federal court out of Manhattan. The civil litigation was filed back in April citing damages for unlawful name, image and likeness infringement .

Kemp, 44, wrote the show centered around a fictional NYC drug lord named James (Ghost) St. Patrick, played by actor Omari Hardrick. 50 Cent executive produced and co-starred in the series, which has already spawned two successful spinoffs. Power ran for six seasons (2014-2020), establishing a rampant fan base and Starz as a player in the scripted TV space. Critics hailed the show as the “Black Sopranos.”

According to the lawsuit, Holland left prison in the 1990s and in 2007 put together a biographical DVD and a rap CD to distribute in an attempt to dissuade young kids from a life of crime. Holland met with Kemp’s father and when his DVD and rap CD came out, he sent both Kemps copies

Similar to Power and its Ghost character, Holland had a Caucasian right-hand man and dated and married women that resembled the women Ghost St. Patrick romanced in the show. Holland’s lawsuit claims that between 100 to 200 scenes from Power we’re lifted directly from what he shared with the Kemps.

Holland’s right-hand man was a white guy named Jamie. The character in the show played by Joe Sikora was named “Tommy.”

In recent months, Holland says members of 50 Cent’s camp have been throwing “subliminal shots at him” on a consistent basis and harassing him via phone and social media. Lawyers for Kemp and 50 Cent have responded by calling the allegations and subsequent litigation frivolous and without merit.

50 Cent’s new show, Black Mafia Family, chronicling the rise and fall of the infamous Flenory brothers from Detroit, who build the biggest urban narcotics organization in American history and ingrained itself in the pop culture ethos of the late 1990s and early 2000s, premiered on Starz last week. Kemp recently inked a deal with Netflix to develop scripted streaming content.