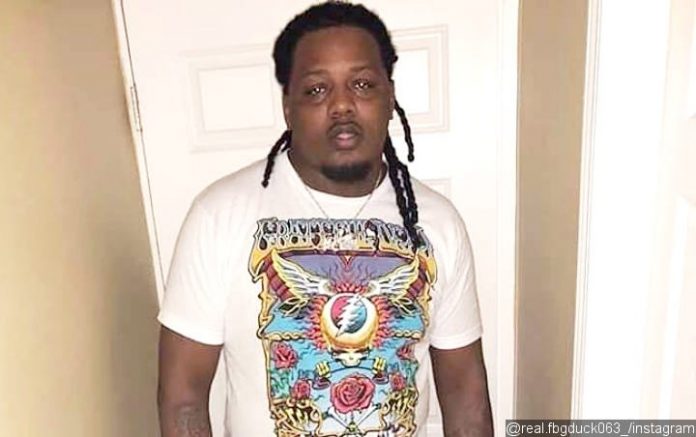 February 7, 2022 — New details have emerged in the brazen daylight rap-gang murder of Carlton (FBG Duck) Weekly back in August 2020 on Oak Street in downtown Chicago in the high-end shopping district just a short walk from Michigan Avenue and the Miracle Mile. A recently unsealed federal court document sheds fresh light on a gangland hit that shocked tourists and nearby onlookers, was caught on video tape and lasted all of 15 seconds.

Weekly, 26, was from the underground Windy City rap collective known the Fly Boy Gang with affiliations to the Gangster Disciples. According to the U.S. Attorneys Office in Illinois, he was killed by a rival rap clique repping “O Block” and connected to the Black Gangsters street gang.

The O-Block click is a subset of the Black Disciples street gang and grew out of the Chicago Southside’s Parkway Gardens housing project. The crew is known for a presence in the rap and dope game. Best-selling Chicago rappers and Drill Rap Gods Chief Keef, King Von, Lil’ Durk and Lil’ Reese all boast of O-Block affiliations. Muwop is signed to Lil’ Durk’s music label. FBG Duck’s Fly Boys Gang is tied to the Gangster Disciples, a one-time ally turned rival of the Black Discip

FBG Duck, 26, was gunned down in the late afternoon of August 4, 2020 by four shooters emerging from two different vehicles. He was caught him standing in a line to enter a luxury clothier where he was going to purchase a gift for his son. In the weeks before his murder, FBG Duck had posted a number of rap diss tracks on his social media accounts name-checking dead O-Blockers. The diss tracks are believed to have sparked the violence, according to prosecutors.

It appears based on the unsealed document’s account of events that someone in the vicinity of the exclusive Oak Street shopping drag tipped off the O-Blocker of FBG Duck’s presence in the area because in the seconds after FBG Duck got into line there is surveillance footage from Parkway Gardens showing the alleged hit team racing to get into the a Ford Fusion and Chrysler Pacifica and taking off towards the Miracle Mile. At 4:26 p.m., the two cars pulled up in front of FBG Duck’s girlfriend’s vehicle, the men jumped out and opened fire on FBG Duck, who tried taking cover to no avail, and his girlfriend. Per the police report, FBG Duck was shot 21 times. His girlfriend was shot four times and survived the attack. Parkway Gardens security-cam footage shows the two cars of O-Blockers returning home at 4:56 p.m.

Lil’ Los Offerd purchased one of the Ford Fusion in the hours before the murder and returned it the same afternoon. The Chrysler Pacifica used in the slaying was parked illegally in Berwyn, Illinois and towed in the subsequent 24 hours. Shortly thereafter, police searched vehicle and found evidence linking the 30-year old C-Murda Liggins, a familiar face to local law enforcement, to FBG Duck’s murder conspiracy, including spent shell casings in between the windshield and hood.

FBG Duck’s 2018 single Slide earned millions of listens across streaming platforms and best-selling rapper 21 Savage released a popular remix of the song. King Von was slain three months after FBG Duck in November 2020. The two rappers had engaged in a beef on wax in the years preceding their respective murders.